How Does This Oklahoma City Thunder Team Avoid Disaster?
Odyssey

How Does This Oklahoma City Thunder Team Avoid Disaster?

Through tumultuous, the Thunder still have a chance to make this season -- and beyond -- a success. 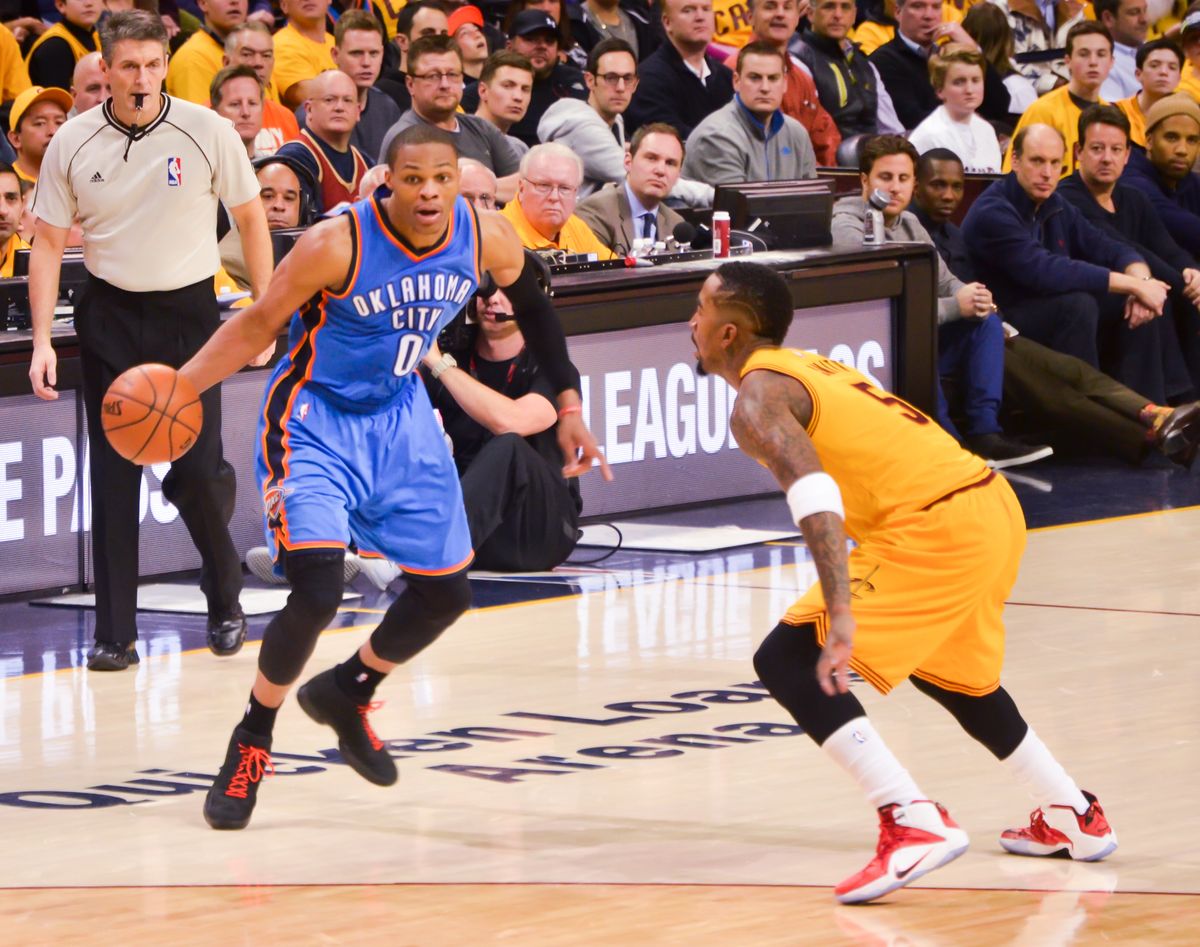 The NBA has a fleeting definition of success. For some teams, making the playoffs is the ultimate goal. For others, simply filling the stadium and having an entertaining team is cause for joy. Further still, anything short of hoisting the Larry O’Brien trophy in June for competitive teams would be considered a massive failure. Only one team can win while the other 29 teams will go home empty-handed.

When building a modern NBA team, three-point shooting is more important than ever. Take one look at the best teams in the league, the Golden State Warriors and Houston Rockets (a combined 115-34 through Wednesday, March 28th per ESPN Stats and Info) and it's easy to see the effect great three-pointing shooting has: both teams are in the top ten in the league in three-pointers made per game. To the disdain of basketball purists that yearn for the ugly, clanky mid-range driven basketball league of yesteryear, three points is worth more than two points.

Paul George has evolved himself into a corner-shooting specialist: he’s hit just shy of 40 percent of his threes this season (league average sits at 36.3 percent, per Basketball-Reference). However, the rest of the roster is littered with inefficient or one-dimensional scorers. To make matters worse, starters Steven Adams and Russell Westbrook largely operate in the same air space, the paint. With Westbrook being a poor three-point shooter (29.5 percent, courtesy of ESPN Stats and Info) and Adams not yet possessing any long-distance range, the lane gets squeezed and Westbrook has struggled to get to the rim as a result -- the attribute that makes the former MVP so great.

The strength of the Western Conference puts the Thunder in a pickle. The conference’s middle class is anything but middling, with every team three through eight looking like it could pull an upset. Houston and Golden State have been dominant and look destined for a clash in the Western Conference Finals. However, if any team is built to matchup with the two aforementioned powerhouses, it’s the team that plays its games in Chesapeake Arena.

The Thunder, for all their flaws, like to zig (isolation basketball) while other teams have been zagging (pace-and-space). Luckily, isolation basketball has historically worked better throughout the playoffs. Possessions typically slow to a crawl during the postseason, and rotations shorten. Being able to take your man one-on-one and get to the basket becomes more integral, and Westbrook’s ability to do just that is second to none.

So what exactly would make this up-and-down Thunder season successful? I believe it ultimately hinges on the wooing of upcoming flight-risk Paul George. The chemistry of this Thunder team has appeared solid based off player comments, but the basketball synergy has been lacking. This is understandable, given the roster turnover with key rotation pieces Paul George, Carmelo Anthony, Patrick Peterson, and Raymond Felton all arriving through free agency or trades. An extra season with some simple but strategic transactions sprinkled in could be exactly what this team needs to take the leap from also-rans to title contenders.

In order to convince Paul George of this team’s competitiveness, I believe they will need to shock a higher seed and make the Western Conference Finals. It is widely accepted that George, who went to college at Fresno State, has an affinity for the Lakers in this upcoming free agency period, but a tantalizing basketball situation could be too good to pass up for the bright lights of Hollywood. This baseline was tested last year with free agent Demar Derozan. Derozan, a California native himself, spurned the glitz and glamor of south California following a stretch of successful playoff runs with the Toronto Raptors. The Thunder, much like the Raptors, are very much in prove-it mode.

There will be some tough choices ahead for Thunder general manager Sam Presti, but it all relies on what Paul George decides this summer. His seamless transition to second banana in Oklahoma City has allowed the Thunder to take another step over last year’s Kevin Durantless squad. With how this team has performed despite learning about themselves on the fly, it should be worth giving it a second go to George. The Thunder do not need to win a title to make George stay. However, anything short of a deep playoff run likely will spell another bleak retooling period for this small market Midwestern team.