An Ode To Málaga, Spain

An Ode To Málaga, Spain 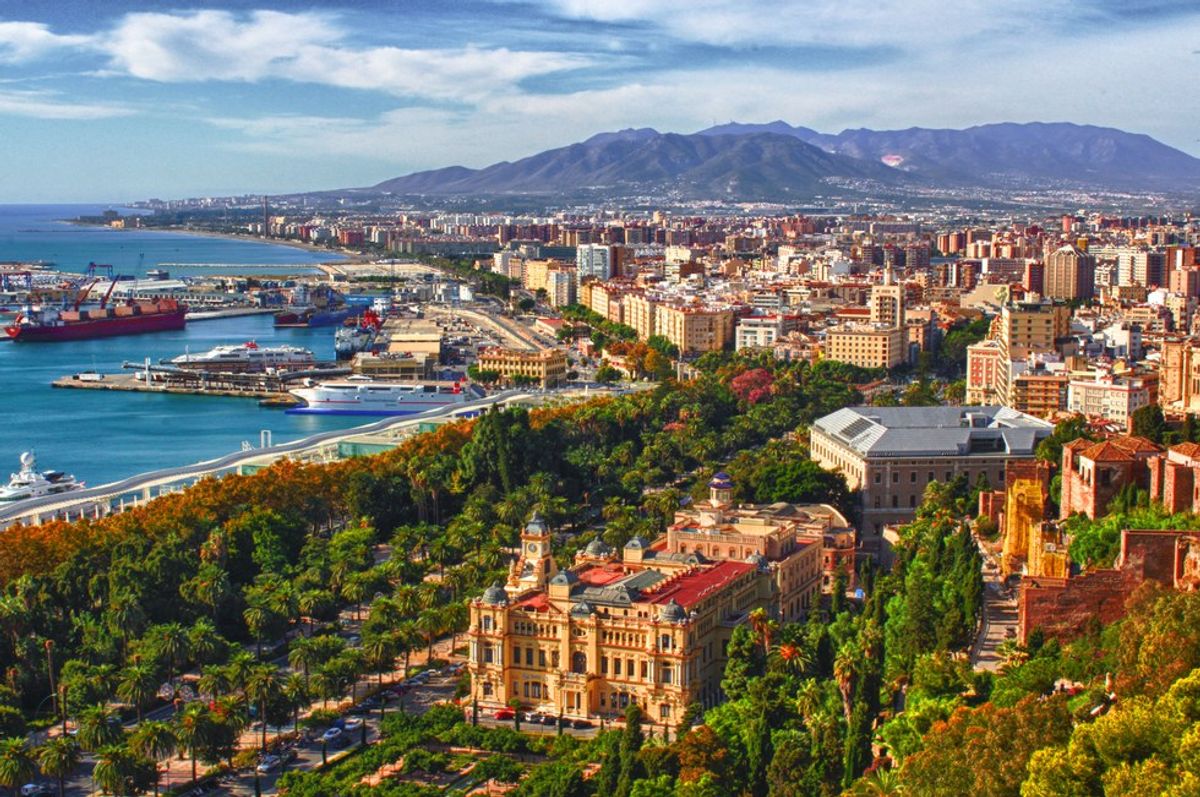 When I announced that I was going to be studying abroad in Spain, people had a lot of questions. Most of them were: “Where will you be? Madrid or Barcelona? Or Valencia? Bilbao? Sevilla or Cordoba?... Toledo?... Granada?” And I would have to respond, with “No, I’ll be studying in Málaga.”

Truth be told, I probably would never have known Málaga existed as a Spanish city had I not gone to a college which boasted an extremely well-received program there for those interested in a Spanish language-intensive experience. As a Spanish major with no minor, it was a pretty easy choice when it came to studying abroad. I knew so many people from Dickinson who had studied in Málaga and loved it. So, in the middle of my junior year, I applied to the Málaga program without hesitation.

For those who don’t know much about the geography of Spain, Málaga is located in southern Andalusia. That means that Málaga is in the southern part of the southernmost region of Spain. My Málaga experience began in early/mid-August, so it was about 90 degrees Fahrenheit.

Although I was sweating profusely for the first four weeks of my stay, Málaga had a lot more to offer me than just a tropical climate. As far as language goes, it took me a while to get used to the “Andalusian accent.” No amount of Spanish classes could have prepared me for the task of figuring out the unique variety of Spanish spoken by these people. “Andalusian Spanish” is not taught in any high school or college classroom, and learning it was truly an incredible experience and helped to expand my knowledge of the Spanish language that much more.

Málaga has also nourished my curiosity of foreign cultures better than any other place I have visited. Being just a boat ride away from Africa and a short direct plane ride from the U.K., Italy, and Germany, Málaga became the perfect gateway for my wanderlust.

Another amazing thing about Málaga is the general attitude of the people here. No one is in a hurry. Coming from the United States, my natural walking pace on sidewalks is pretty fast. But when you arrive in Málaga, you are pretty much forced to slow down your pace; not just walking pace, but the pace of basically everything. The people here live blissfully, almost shockingly, in leisure.

Many people call Andalusia the “laziest” part of Spain for this reason, but to me, it’s a revitalizing departure from anywhere else in the world. We live in an extremely fast-paced culture rooted in the modern obsession of instant gratification. Fast food, fast cars, and harsh deadlines fade into a blur when you are in Málaga. I feel like the motto here is “you have time.” You are forced to abandon your rigid day planner, and allow time for things you want to do, like go to the beach or take a walk downtown. When I go out to lunch, I will sometimes see businessmen in suits sitting in solitude by the sea and enjoying a quiet meal in the sun. It’s almost frightening to think about how rare those moments are in the American corporate world. I think that if we injected a little bit of the Málaga attitude into all of the major cities across the globe, the world would be a much more peaceful place.

As I am less than ten days away from leaving this beautiful and inspiring city, I want to thank my lucky stars for having me end up in Málaga for a wild and wonderful semester. This is hardly a goodbye, but definitely an "hasta luego."