He remembers a lot, but doesn't seem to remember this huge portion of his terms. 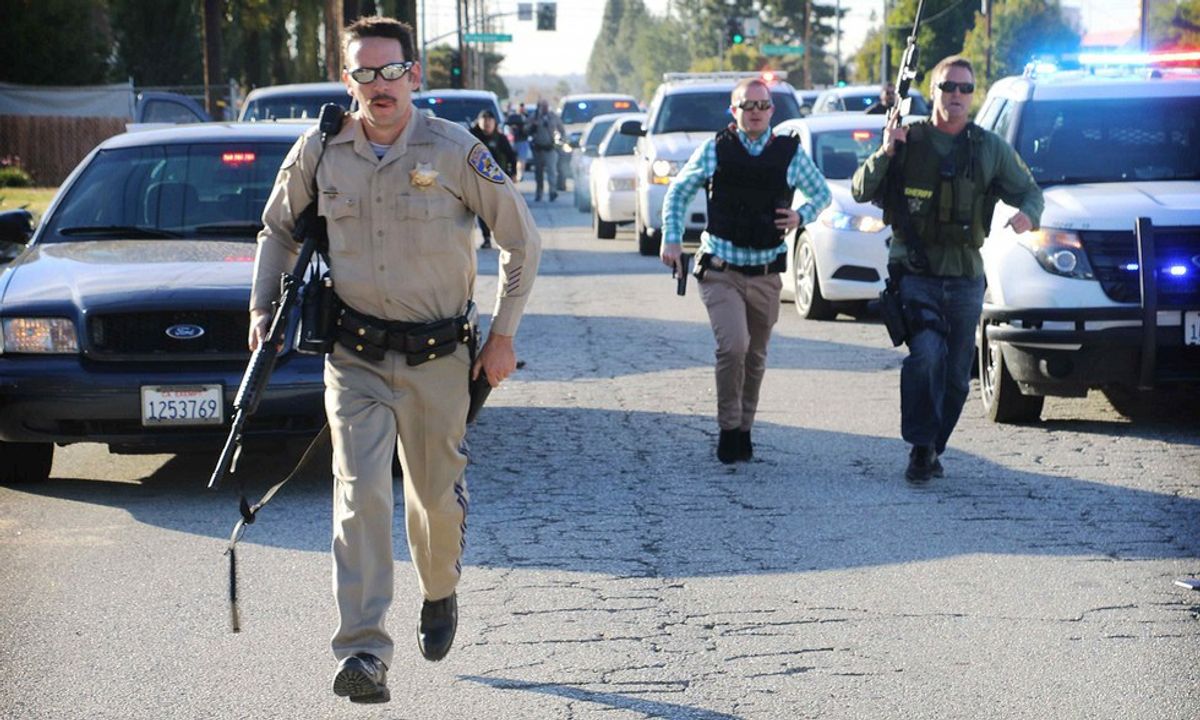 I have no doubt that President Obama is a calculated, intelligent man.

Let's take this tweet in, before diving into the selective memory of President Obama:

"Over last 8 years, no foreign terrorist organization has successfully planned and executed an attack on our homeland" —@POTUS
— The White House (@WhiteHouse) December 6, 2016

Now, call me crazy - but I remember several times where America has had a foreign terrorist organization pull off an attack within the last eight years. It may not have been a direct - come to America from Syria, Iraq, or Turkey type attack, but there were specific attacks either encouraged by the likes of ISIS or Al-Qaeda, or one that was quickly claimed by the group as their own.

Abdulakhim Mujah Muhammad opens fire from his vehicle, striking two military members at a recruiting officer. One was killed. Muhammad was very clear in his admission, as well as his letter to the judge - this was an act of terrorism from a foreign terrorist organization.

Nidal Hassan, a phychiatrist in the U.S. Army, killed 13 people on base at Foot Hood. He also injured an additional 32. Leading up to the attack, Hassan was in communication with Anwar al-Awlaki, who infamously assisted several of the 9/11 attackers. This was terrorism.

This was one of the most prolific attacks, taking place the day of an American treasure, the Boston Marathon on Patriots' Day.

We all know what happened that day - even President Obama cited it as a terrorist attack. Hmm.

Terry Lee Loewen, acting on the behalf of AQAP, was arrested after he attempted to become a suicide bomber at the Wichita Mid-Continent Airport. Loewen, an employee at the airport, was captured as he attempted to carry a bomb onto airport grounds. The attack was thwarted, as Loewen had been speaking with undercover FBI agents and were aware of his plans.

Jah-Keem Yisrael, a disgruntled employee, stormed into the Moore Vaughan Foods plant and promptly beheaded an employee, after becoming fascinated with ISIS beheading, following his radicalization.

Zaim Farouq Abdul-Malik jumped out from hiding to attack four police officers with a machette. While he failed in his attempt, his searches for acts of violence, as well as Al-Qaeda, ISIS, and Al-Shabaab indicated his motives behind the attack.

This was the first claimed-ISIS/ISIL attack in the United States. While the event itself was questionable, two ISIS inspired attackers peppered the Curtis Culwell Center with bullets, in an act of violence targeted at an event at the center.

Muhammad Youssef Abdulazeez launched an attack directed at the military, on this day, as he first conducted a drive-by shooting of a recruiting center, then drove to a Navy Reserve Center - where he ultimately finished his attack. He killed 5. He was found to have recruiting material from Al-Qaeda, but in the words of President Obama - attacked in an ISIS fashion.

A rouge student at the University of Cal-Merced, attempted his own terrorist attack, stabbing four in a failed mission he set before himseld. Inspiried by ISIS to commit the attack, Faisal Mohammad set out with plans to stab multiple people - including police officers, and to steal their guns.

We just passed the one year mark of this happening - yet it feels like just yesterday seeing that black SUV riddled with bullet holes in the middle of the road. There's not much to say here - Syed Rizwan Farhook and Tashfeen Malik carried out a planned, elaborate attack, killing 14 and injuring multiple others. Using the cover of a company party - the terrorists acted on their allegiance to ISIS.

49 people. 49. That's the amount of people killed in the deadliest terror attack since 9/11. Omar Marteen opened fire on unsuspecting people, who were enjoying their time at Latin Night at Pulse. Marteen pledged allegiance to ISIS in his 911 call at the location of the shootings.

Ahmad Khan Rahimi set up numerous bombs around parts of New York and New Jersey between September 17-19. His bombs did not kill anyone, but they did injure 30+. If not for quick thinking & curiosity by a few civilians, who discovered three additional bombs, Rahimi could have caused far worse results. Rahimi was captured by police following a shootout.

The most recent terrorist attack in the United States took place on campus at Ohio State University, as most of us are far aware. Originally pinned as a mass shooting - looking at you Tim Kaine, Abdul Razak Ali Artan rammed into students with his car, then started attacking those around with a knife. Thankfully, police were near the attack, and ended it less than two minutes after it began. There were several injuries.

President Obama, surely you haven't forgotten about all these events? I know you've used your sharp mind to remember other events that have happened - that fit your agenda, but don't forget about these vicious attacks planned, inspired, and claimed by international terrorist groups.