Constant attention by a good nurse may be just as important as a major operation by a surgeon. 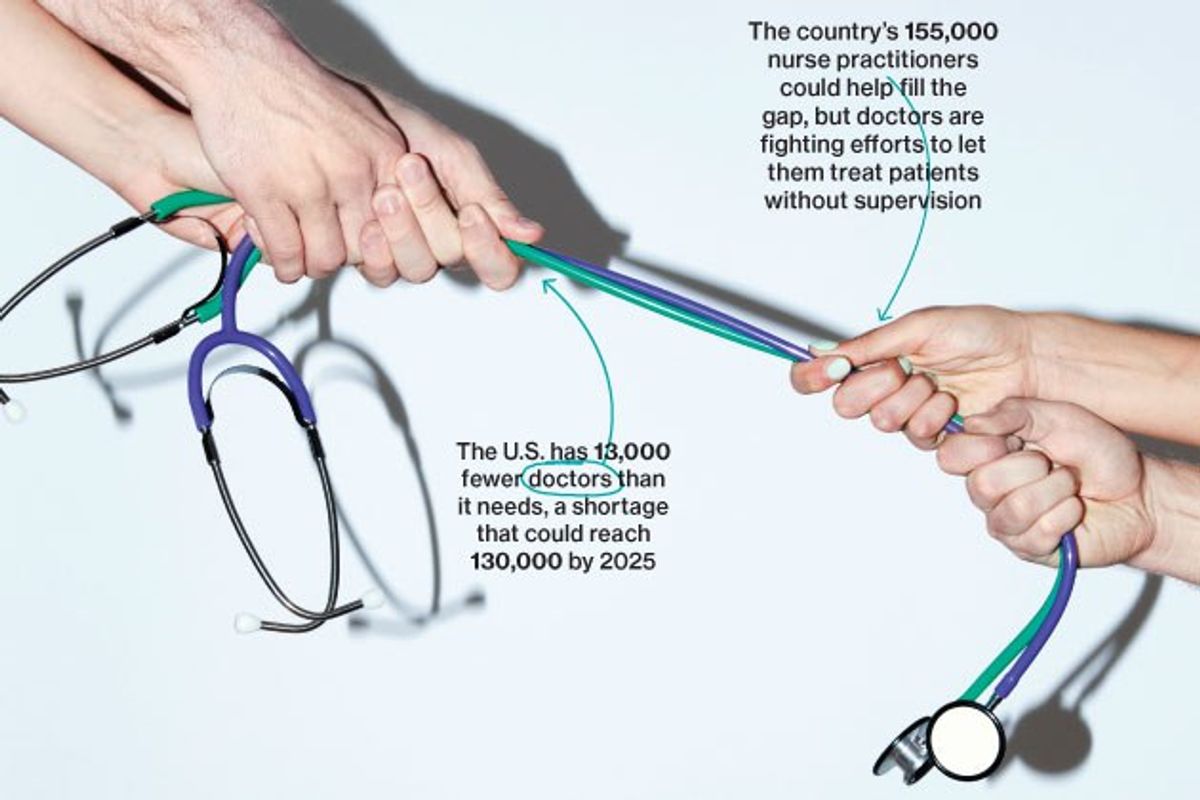 It is a common misconception that nurses are lesser versions of doctors and that a lack of a PhD signifies incapability. Gender roles from half a century ago can help explain where these ideas are rooted. With very few exceptions, nurses were women with less years of education and doctors were men; nurses developed an intimate bedside relationship with the patient, while doctors moved constantly, only checking on patients as necessary to diagnose. However, now over half of entering classes of med students are women and nurses are more likely to earn their bachelors, masters or PhDs.

So the question remains: What is the difference between a nurse and a doctor?

To examine the differences it is necessary to distinguish what environment is being evaluated, in this case I’ll specifically be speaking of hospitals where differences are easier to identify. Nurses work set block shifts – typically 8-12 hours – and are assigned to rooms with patients whom they tend to frequently throughout their entire shift. Doctors, on the other hand, are constantly on the move going from patient to patient only seeing each once, perhaps twice, a day for a few minutes. Doctors can often be “on call” where they may be paged to the hospital or a patient’s room, but only in times of distress or if something is extremely wrong. When a patient hits the call button for any other reason, it’s the nurse who comes to the bedside.

During any selected shift a doctor will make important yet relatively few decisions that mostly surround the patient’s medication and discharge status. In contrast, every shift nurses are presented with numerous vital decisions that include every aspect of the patient’s care and treatment ranging from delivering “as needed” medication to asking visitors to leave when necessary.

The concept of the “knowledge gap” between nurses and doctors can be explained by a patient’s biased view of their care. Doctors deal with a patient’s somewhat ‘abstract’ issues, such as the idea that a mass has grown or infection has spread that requires a certain medication. The patient sees that the doctor is applying “the science” of medicine to diagnosis and create a plan of care. However, the nurse is the individual who delivers the drugs and monitors the change; these acts can be perceived as following direct orders of the doctor when in actuality the nurses are equipped with their own education and experience to be able to properly care for the patient.

Continued graduate nursing education is more commonly seen today, seen with the increasing number of nurse practitioners, who have both bachelors and masters degrees with special certification. Nurse practitioners in many ways are indistinguishable from doctors as they can prescribe medications and perform physical exams. With the outpatient care occurring in office buildings, the doctor and nurse gap is nearly nonexistent.

Nursing is a profession that focuses less on the intensive study of the science behind disease, but in the “science of caring” for other human beings. Nurses are the intermediary between patients and doctors, acting as a calming agent and answering any questions that can be scary or uncomfortable. Doctors are brilliant and fantastic in their own way, but nurses often do the dirty work and are what “make or break” a hospital visit for the patient and their family.

The sexist ideal that doctors can only be men goes hand in hand with the concept that nurses are to doctors as secretaries are to CEOs. Instead of spending time shaming nurses for a “lack of education” in comparison to doctors, there should be an end to the hospital hierarchy between nurses and doctors in general. While the two professions are in the health care division, they are as unique as the patients that come in to see them and should no longer be compared on ability or impact on their patients.