Going Vegan: I Didn’t Do It For The Attention
Odyssey
CurrentlySwoonLifestyleHealth & WellnessStudent LifeContent InspirationEntertainmentPolitics and ActivismSportsAdulting
About usAdvertiseTermsPrivacyDMCAContact us
® 2023 ODYSSEY
Welcome back
Sign in to comment to your favorite stories, participate in your community and interact with your friends
or
LOG IN WITH FACEBOOK
No account? Create one
Start writing a post
Lifestyle

Going Vegan: I Didn’t Do It For The Attention

Excuse me, is there egg in your veggie burgers? Can you check? 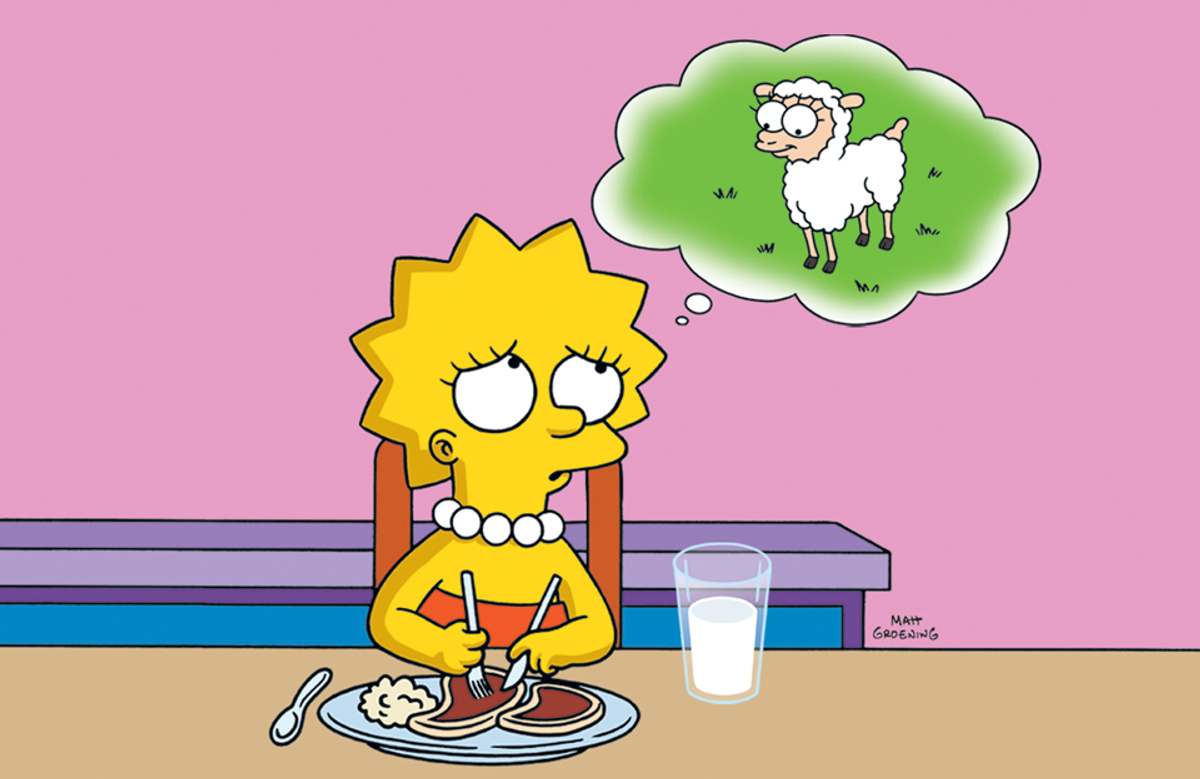 “Do you know what you’re going to order?” my omnivore friend asked me from across the table.

The menu in front of me was peppered with mentions of goat cheese, poached eggs, bacon, and chive aioli. Even the fries were “parmesan-dusted.” I fashioned my most convincing calm smile—a well-rehearsed expression that betrayed every emotion I was actually feeling.

“I’m not sure yet,” I admitted, as if I simply couldn’t choose between the zero options I had. “Maybe the soup or salad.”

These were the moments that had blocked me from veganism for so long. The switch to vegetarian was scary, but the idea of going vegan was absolutely terrifying. I wasn't afraid to lose my mom's locally famous cupcakes. I wasn't scared of parting with lasagna, my all-time favorite food. I wasn't worrying about what life would be like without omelettes, quiche, or the seductive yolk of an Eggs Benedict. I was 200 percent ready to give all of it up. I didn’t even think of those items as food anymore.

Still, I procrastinated. I ate vegan at home, finding satisfaction in experimenting with egg replacers, making creamy tomato soup without cream, and learning how to cook the most delicious broccoli without tossing it in butter. Each new vegetable I mastered rejuvenated my love for cooking, and these fleeting moments of veganism soothed me and gave my life new purpose.

I hated myself for it, but I couldn’t decide what I hated more—forcing myself to tolerate animal agriculture by not being vegan, or the prospect of inviting negative attention to myself by becoming vegan.

Of willingly making myself the outcast and butt of uninspired jokes.

Of potentially inconveniencing others who are simply trying to nourish me or host a light-hearted party.

Of stamping a label on myself that made everyone who found out stare at me and cry, "Why would you want to do that?!"

Of forcing all my future employers to constantly ask each other, "Oh crap, what are we going to order for Lauren?" whenever they wanted to treat the staff to lunch.

But I could only surrender to that fear for so long. After a while, the act of eating that mac and cheese became increasingly troubling. It felt wrong. It felt selfish. It felt like I was ignoring my values out of convenience. Making the commitment was difficult, and the embarrassment in the beginning was painfully acute. Slowly, however, turning down a dish because of “just a splash of milk” became less agonizing than consuming something that I personally believed was not meant to be eaten. Eventually, saying "no" to those brownies actually brought me more comfort than shame.

If I wanted attention, there are many easier tactics that wouldn't require me to flip around my entire lifestyle and give up meaningful pieces of my childhood and culture. I could wear neon pants. I could belt out songs from 'Book of Mormon' while walking down the sidewalk. I could join an improv group.

But I choose to go vegan and accept that unwanted attention, for I could no longer consciously partake in a culture that causes so much pain to animals, the environment, and my own body. The momentary discomfort of being a potential nuisance is worth the gratification of living the life that I find most fulfilling and advantageous.