The controversial bill penalizes transgender people for no other reason than being transgender. 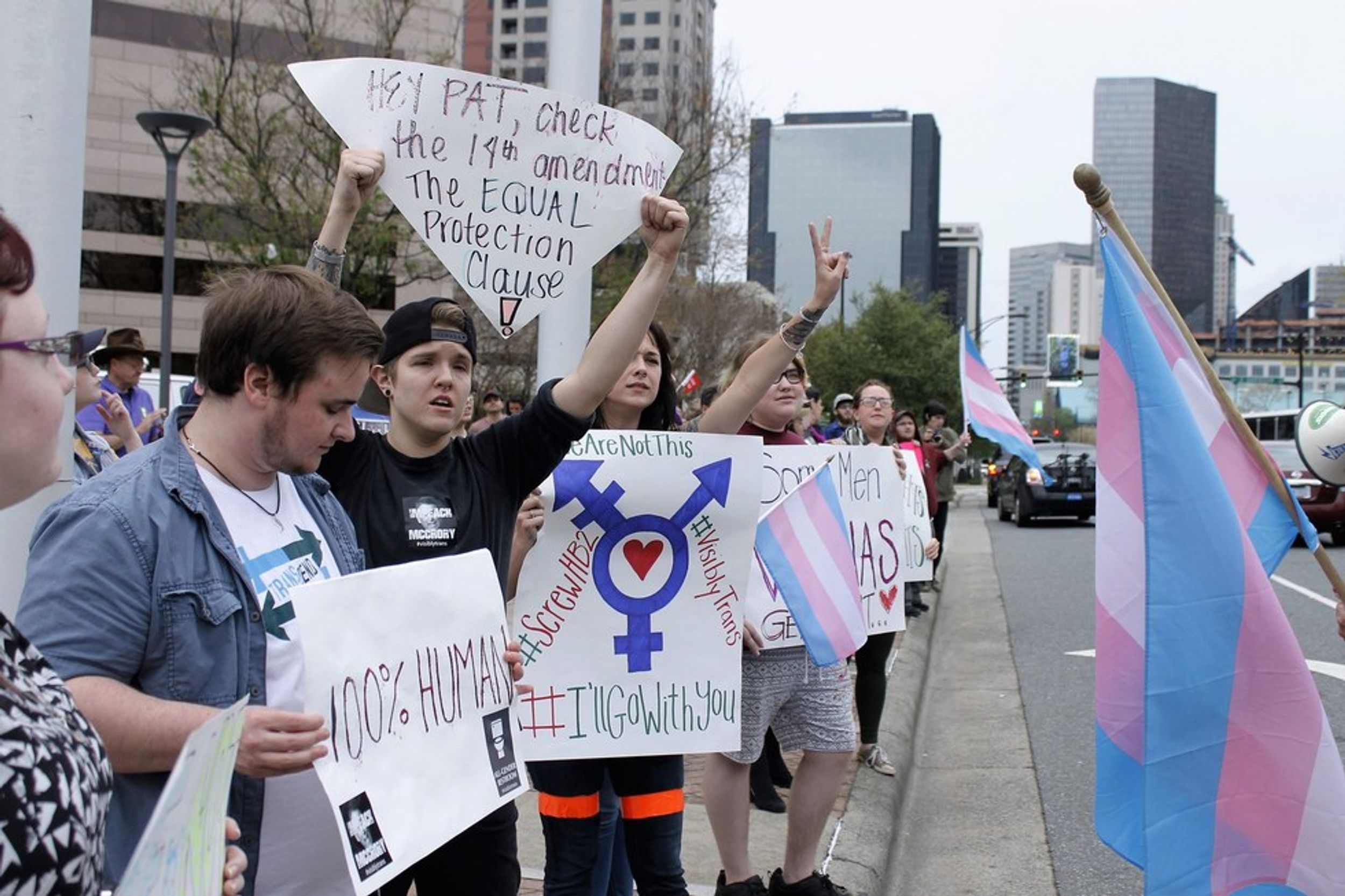 North Carolina Governor Pat McCrory signed into law a bill that restricts transgender people to using the bathroom corresponding to the sex specified on their birth certificates.

McCrory defended the bill by stating that this will protect from sexual predators “disguising” themselves as the opposite gender to gain access to bathrooms. In a shocking twist, there have been zero verified instances of predators posing as trans people in order to assault people of the opposite sex. Furthermore, the suggestion that predators are using this tactic to commit offenses aligns transgender people with sexual predators, putting them at an even greater risk for discrimination and violence.

A study from the Williams Institute found that over 70 percent of transgender or gender-non-conforming people received a negative reaction when using the bathroom. This ranges from verbal harassment (68 percent) to physical assault (9 percent) and strict denial of access (18 percent).

With the evidence at hand, it is clear that these “bathroom bills” are less about protecting cisgender people and more about institutionalizing, rationalizing and legalizing hatred and fear against transgender and gender-non-conforming people. When pressed on his support for a similar bill in Florida, Frank Artiles, the Republican Florida State Representative, said that the measure is “preemptive” rather than “reactive.”

This “preemptive” bathroom measure paints transgender people as sexual predators and criminals, when all they want is to go to the bathroom. Imagine being denied not even a civil right, but a human right—the right to dignity—in the most basic way. Transgender people are put at risk every time they enter a bathroom, and bills like North Carolina’s and Florida’s put them at a greater risk. They are forcing transgender people to disclose personal information to strangers at their potential peril, and stripping away basic dignity.

So what does that mean? It means that this bill was driven by pure hatred and fear, completely unsupported by logic. So, if the police won’t do anything, then it is down to bathroom-goers to become peeping-toms and gender-police, completely reversing the original point of the bill, which was to protect people.

Bills like these rationalize transphobia and push back trans-equality movements. It penalizes people for crimes they did not commit, and condemns them to violence, harassment and embarrassment. The point of the law is to protect people and their dignity, and North Carolina’s bathroom bill does not, preferring to rely on bigotry and fear-mongering to marginalize transgender people.

Institutionalized segregation in any form is poisonous to the law and the country. By supporting this bathroom bill, the governor and his supporters are saying that people are not inherently equal. He is saying that our bodies are not our own, and our dignity is not guaranteed. He is saying that, at any moment, anyone can be stripped of their human self-worth to satisfy outside prying eyes.

Caitlyn Morral
St Bonaventure University
1175
Wordpress
Odyssey recognizes that mental well-being is a huge component of physical wellness. Our mission this month is to bring about awareness & normality to conversations around mental health from our community. Let's recognize the common symptoms and encourage the help needed without judgement or prejudice. Life's a tough journey, we are here for you and want to hear from you.