A Nonfactual World: Stop Believing Everything You Read
Odyssey
CurrentlySwoonLifestyleHealth & WellnessStudent LifeContent InspirationEntertainmentPolitics and ActivismSportsAdulting
About usAdvertiseTermsPrivacyDMCAContact us
® 2023 ODYSSEY
Welcome back
Sign in to comment to your favorite stories, participate in your community and interact with your friends
or
LOG IN WITH FACEBOOK
No account? Create one
Start writing a post
Politics and Activism

A Nonfactual World: Stop Believing Everything You Read

Social media has destroyed productive debates, but we can fix it. 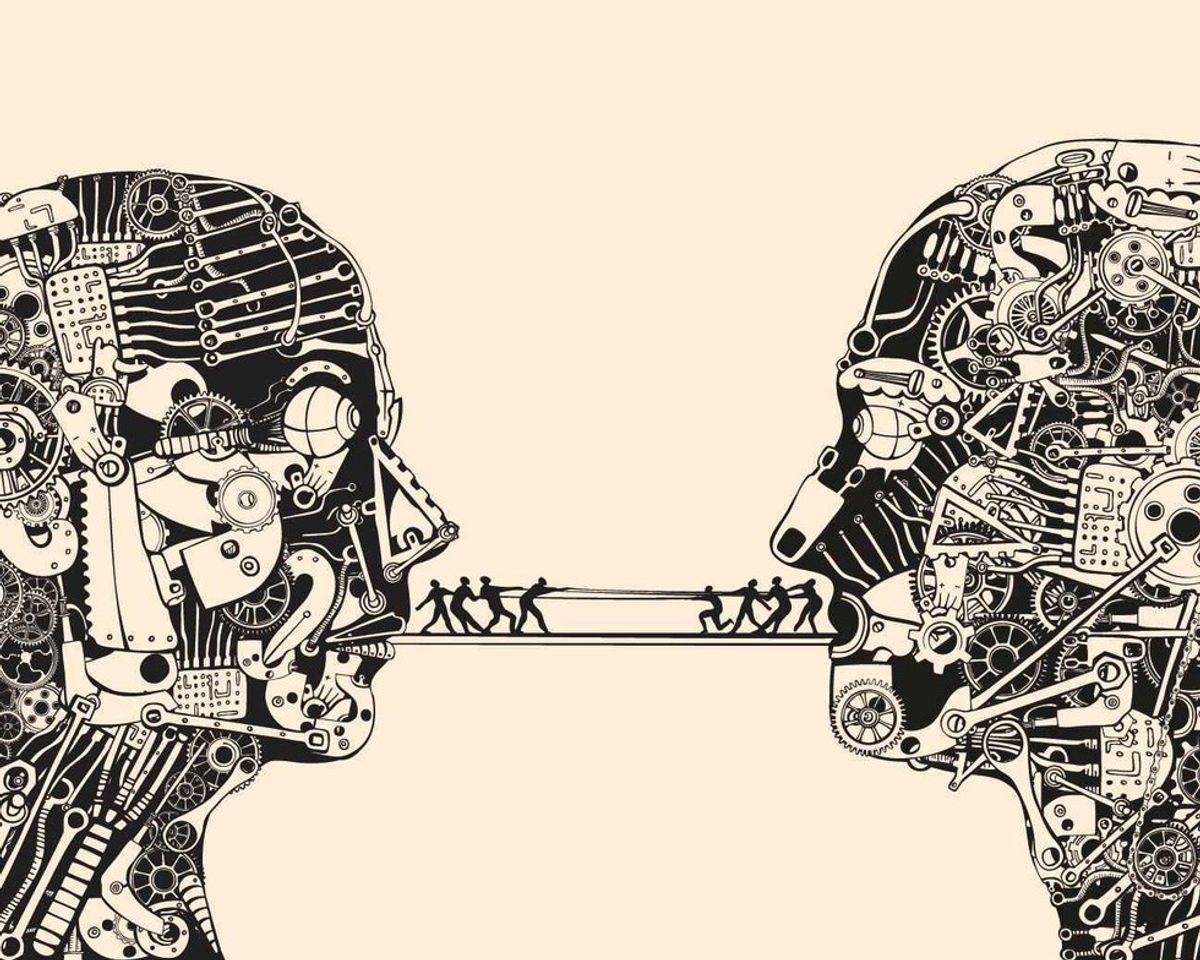 In the social media age, one person could see thousands of images in just one hour of scrolling through their feed. Often, social media feeds are filled with a variety of content: funny videos of animals, your high school friends getting engaged, selfies of beautiful people you might barely know, and the infamous clickbait.

Clickbait is content that is generally provocative or “sensational” that is intended to draw people to a specific website. For example, the 'article' that your aunt posts that says, “Muslims to Blame for Ban on All Christmas Lights.”

For most people, opening and reading this would be viewed as a waste of time, but for others, this is viewed as a legitimate piece of news, and they may be angry about it.

This idea that some people just believe the things they see on the internet has come up a lot in conversation lately, especially with so much animosity following this political season. There are so many different ‘media’ outlets that post ‘news’ about some political figure and what they did that was just so deplorable.

The problem with this type of clickbait is just that. It is clickbait intended to get people to read the information, regardless of how true it may or may not be.

The problem with our society is that we believe almost anything that we read on the internet. It’s like the commercial with the French boyfriend, but instead, believing everything you read on the internet leads to an alteration of the way a person is viewed, generally in a negative way.

So, why do people believe what they read from these clickbait sources?

In my opinion, one of the biggest reasons is the divide between people of different backgrounds or opinions. People are more concerned with making their opponent (political or otherwise) look bad than they are with actual facts.

If something backs up your opinion, you are more apt to believe it. You don’t want to believe that something you support would lie or make up facts, so you choose to accept the information, and in some cases, use it as support for your argument.

This misuse of information has destroyed productive debates.

People no longer want to provide legitimate information for why they feel a certain way about an issue, because it is much easier to throw around lies than it is to dig up facts.

Don’t get me wrong, I have been known to use sources that are somewhat biased, but there is a difference between biases and fallacies. Biased news sources are often rooted in truth, but spun in a way that benefits the party they support. False news sources are able to make up information. And they do.

Stop believing everything you read on the internet!

So, how can you make sure that information you read is true?

If you see one headline about Hillary Clinton being part of ISIS, do a Google search (or Bing or Yahoo, your choice) to see if there are any other sources that back up this information. When you see that there are none, you can probably rule out that this article is made up.

If you see one of your high school friends post that Donald Trump is a member of the KKK with a link to the Occupy Democrats website, double check their source. There are several websites that can tell you which websites are credible, and which are definitely not. (Occupy Democrats usually isn’t).

My personal favorite is snopes.com. Not only does it provide a list of unreliable sources, but it has links to different articles that have been fact checked to ensure people are getting the right information.

Finally, just know that not everything you read on the internet is true. In fact, most of it isn’t. Take everything with a grain of salt.

Before getting into a debate with someone on social media, be sure you have facts to back up your arguments. If they use falsified evidence, let them know that their source is not reliable (and have evidence to prove it).

It is possible to change our society to one that can have civil discussions about our opinions, without the use of fake information.