No Such Thing As Love
Odyssey

No Such Thing As Love

Compassionate love does not exist 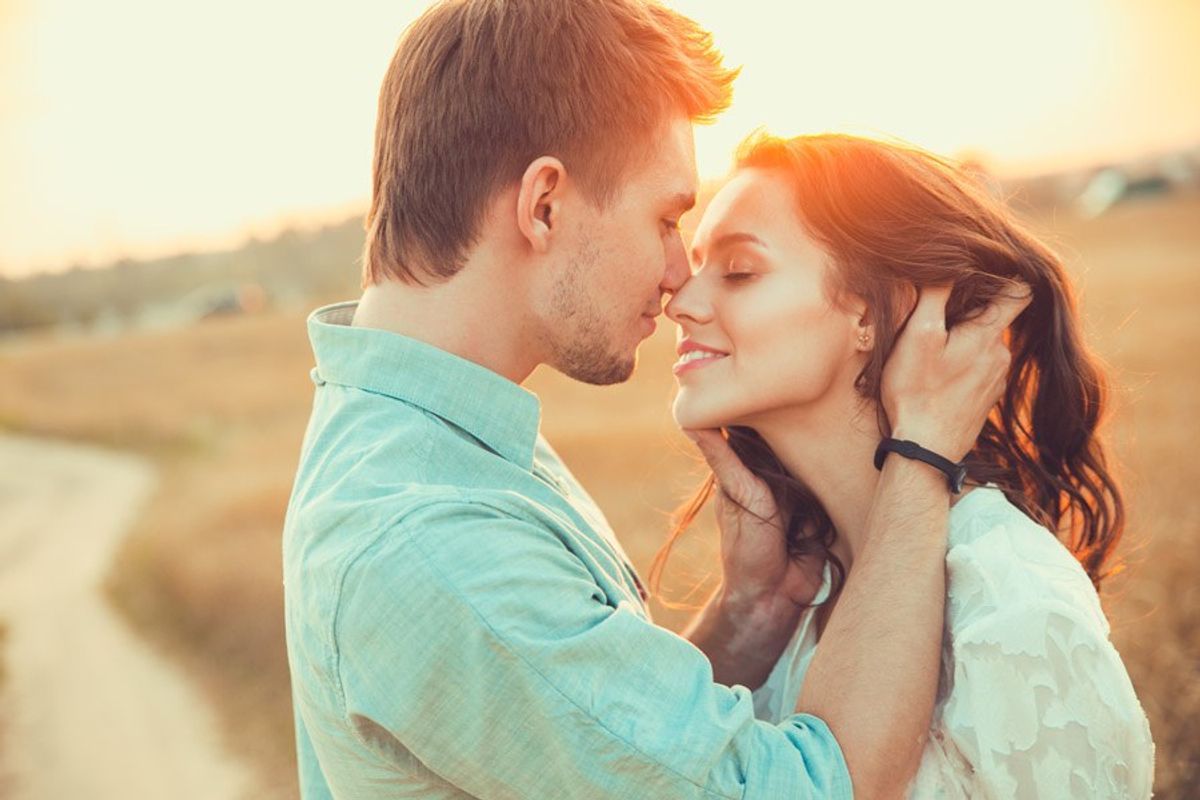 Books will go into great detail about a girl's heart skipping a beat, her skin turning to fire where her love touched her, and the longing she felt when he was away. Your heart beats fast because you're sexually attracted to said person (that's passionate love), your skin feels like fire because your senses are heightened so the warmth of his body feels warmer – hot even (that’s still passionate love), and the longing you' feel is because not only is he your protection from harm, but you also don't like to be separated from part of your pack (it's also hard to procreate from afar). We often think of the two forms of love as one entity, which they are not. So we long for "compassionate love," the kind of love where you could just stare into their eyes forever. In all honesty, you like their eyes due to evolution (see my article, "Why You Are Attracted To Certain Traits" https://www.theodysseyonline.com/why-you-are-attra...). I apologize for busting any bubbles that Shakespeare may have created.

I argued with my father over whether parents have compassionate love for their children. The problem is, if you want to define the relationship between a parent and child as love, you have to first change your definition of love. Each species has its own type of parent-child relationship dynamic. The human dynamic is built upon two main factors:

Like many animals, we’re herd animals. We like to live in groups. The bigger your family is, the bigger your herd is. Every herd protects its own, not necessarily out of love, but out of hopes of the survival of the herd. Herd animals want large herds, and they want their herd to last for generations to come (to pass on the blood line). So parents teach their children how to survive, they feed them, clothe them, assure that they are healthy, so that their blood line continues – so that the species continues.

2.) We Want to Further the Species

Again, we just really want to further the blood line. There is also the fact that we want the species to get smarter, more efficient. If we teach our children what we know, make sure that they are healthy, there’s a chance that they could further the species, expand upon it and make it better. So we protect our young.

I was so happy the first time I heard the song “Ride” by Twenty One Pilots, because it helps me prove the point I have been arguing for years. In the song he says:

You say that you would take a bullet for someone, but until you’re actually put in that situation, it’s just a metaphor. This is not a movie, self-preservation will kick in – humans are so deeply embedded with self-preservation that self-sacrifices are rare. Compassionate love is a metaphorical term, most of the feelings you feel are basic instincts telling you that you need to further the blood line, the species; that you should give everything you have (and most parents don’t), to ensure the best possible future for your child – for your species.

I will say, there is more than just evolution to it. If you like your child, you become friends. They’re funny, they have good taste in music and movies. This could be bias, however, because they were exposed to you for so long that they molded their behavior to mimic yours. Of course you like them, they are miniature versions of you. Think of a time you did not agree with your child; perhaps you didn’t like their favorite song. Was it because their favorite song was “Georgia” by Vance Joy, and yours happens to be “Hungry like the Wolf” by Duran Duran. You didn’t agree with them because maybe you don’t like Vance Joy, or because you don’t like the genre. Many parents disown their children for their beliefs, choices, or things they can’t choose (cough). Are those parents’ defective parents, or does compassionate love just not exist?

Compassionate love in friendships is even harder to argue for (that it exists). Again, we love to live in packs/herds, we're very social animals. So we have a deep need to socialize (that's where friends come in). Of course you would do anything for your best friend, pick them up from the airport, spot them at dinner because they have two days left until pay day. Can you, however, define such things as love? A stranger in line could hand you a dollar if you're short one, and I have driven many people that were acquaintances (or less) places because they asked with nothing (not even gas money) in return. You cannot define such things as love, because that is our definition of just being a good person.

I’ve been studying patterns for years, researched evolution and the traits that we developed over time, I have even been comparing us to other animals and their patterns of behavior. I am not a licensed psychologist, I have not done brain scans, I have merely researched and observed. My observations, however, suggest that while passionate love (which is basically lust for a best friend) can exist, what we as a society define as compassionate love, does not.