No One Thinks They're Beautiful Anymore
Odyssey

No One Thinks They're Beautiful Anymore

And dammit, I'm going to change that! 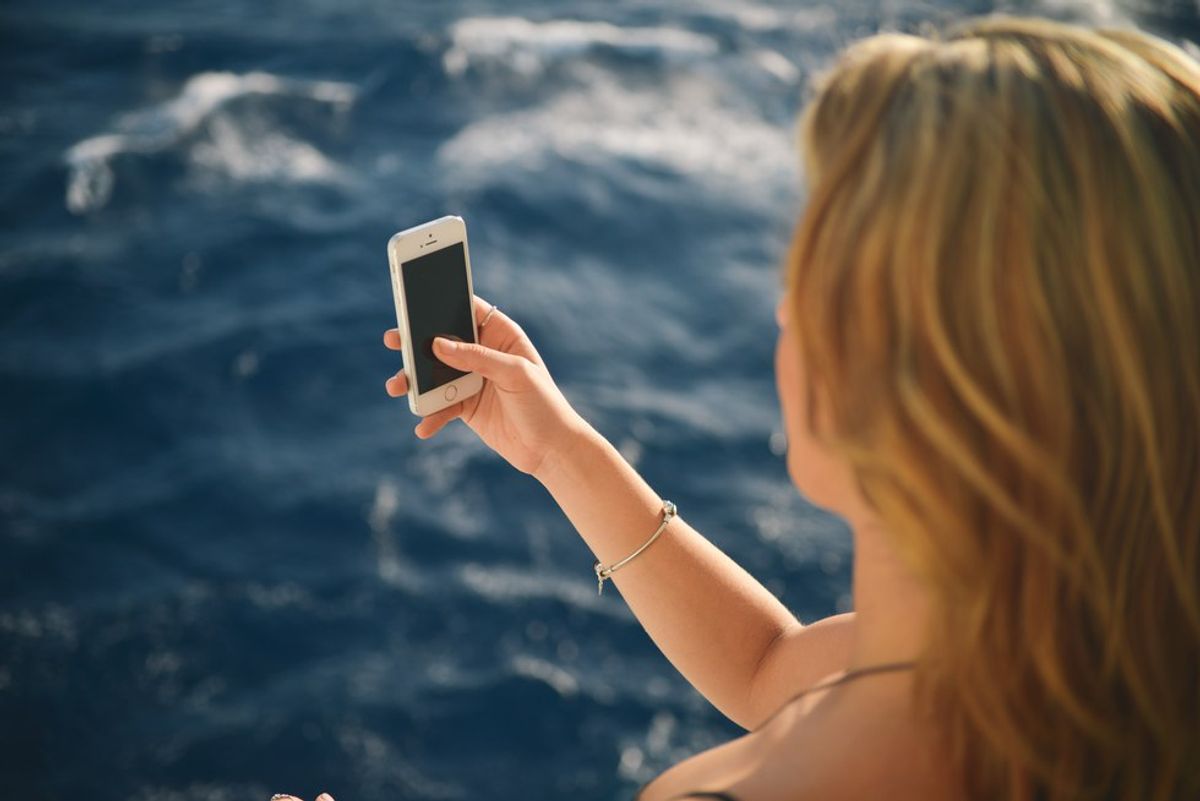 I love Snapchat. It is truly my favorite app. It can do literally everything for you all in one and it's amazing. If you don't have Snapchat or you're acting like a dumb hipster and rejecting it purely based on its popularity, you are truly doing yourself a disservice. On top of sending pictures, you can text and send videos and keep up with your friends and interact with celebrities AND read news publications like Cosmopolitan and National Geographic.

Snapchat knows what it's doing, is constantly changing and everyone loves it.

A couple months ago, this nonstop filter-craze started (and it was pretty successful) and it blew up real fast as things tend to do nowadays and I loved it. I scared friends and I was hilarious (follow me on Snapchat: kelsiconstant). Anyway, now they've gone crazy. Snapchat has over 15 of these weird 3D filters and they change it up every single day. It makes it hard to follow, so then, people don't. I went on to send a few snaps and I noticed something:

Snapchat has decided to take some of its more popular animated filters and charge users for 99 cents. This isn't even the problem that bothers me. Fine. Whatever. People need to make unnecessary amounts of money and buy 17 cars. Sure.

MY PROBLEM stems from one particular filter.

*WARNING* You are about to see a 100 percent bare ass face that had no intention of getting its picture taken. Literally zero prep went into this, but Snapchat gave me no choice.

These are selfies that I took on Snapchat literally right now. I love my three-day-old hair and makeup-less face. Snapchat pictures last for a maximum of 10 seconds, so the effort put into them should be minimal.

So why? WHY DOES THIS FILTER EXIST:

It's an animated filter and all it does is "fix your face." This filter immediately makes your eyes bigger, smooths your complexion and contours your face.

I've given hours of my life to contouring and highlighting my face every damn day and this does it in .05 seconds.

Here's where my soap-box comes out.

I would like to know why this filter exists. What is the point of it? What entertainment purpose is it giving besides making people, and by people I mean young women under the age of 24 because that's what 69 percent of Snapchat's users fall under, feel bad about their own faces? In a mere nanosecond, we are changing our features to an impossible standard that no one should actually have. Yet young women are going to see this altered version of themselves and, even if they don't think it right away, will tell themselves something is wrong because they don't look like that. Like a Snapchat filter. And the worst part? It's 99 cents. You can't even send this glamorous version of yourself without paying for the filter (although, at one point it was free.) What I'm afraid of is that Snapchat knew this and is now on some level taking advantage of young girl's insecurities.

Snapchat is not the only, and definitely not the first, app to bank on human's desire to look better and brighter and just not like themselves. Facetune is an app that, for a mere $3.99, will point out your biggest flaws and give you all the options to sculpt the perfect god or goddess that lives underneath your tarnished, disgusting, mortal skin.

This is a trend that I do not like. In a time where people are growing more and more accepting of one another, more and more apps and technological developments and sites are being created to deceive and alienate ourselves even further. It's counterproductive to the point that we're almost teaching ourselves to accept one another from a distance, which is one of the most inhumane things I've ever heard. Why are we teaching ourselves and the people we're raising that it's ok to hate how you look because you can always change it online? I'm not bashing social media or the amazing online presence humanity has taken. I love it. Right now I have Facebook, Twitter, YouTube and Gmail open and I frequently stop writing this to refresh them. But there's only a certain reach you can get with a social presence before you have to go out into the world and start making your mark.

Forget what people think of you when you speak, or your opinions, or how you make them feel. Forget all of that because as long as you look good in a picture, you can be admired from a distance, on a pedestal.