No, I Won't Apologize For Being White

No, I Won't Apologize For Being White

Once again, the left proves conservatives are the only group that cares about right, wrong, and the treatment of others. 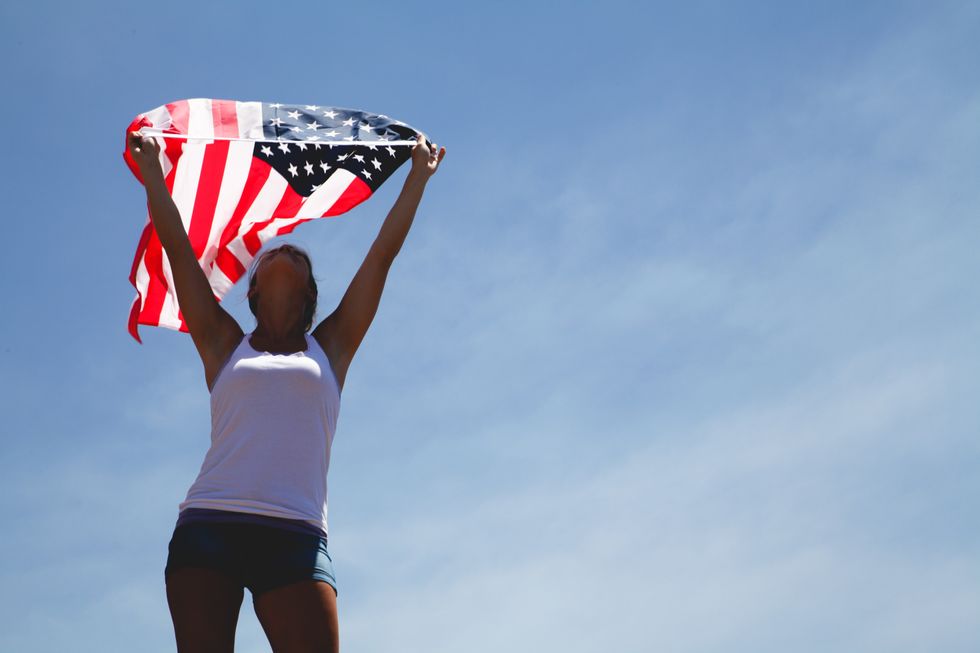 No matter what ethnicity, you should never apologize for your race nor should you fear for your life. Right?

Wrong. The left has always claimed to be open to all and every person except for those who have the audacity to believe anything different, especially if you support President Donald Trump.

Here is the elephant in the room, those of us who support President Trump, especially minorities, are . They insult our intelligence by saying that we are uneducated, when we are suddenly enlightened we will change our beliefs.

I was raised in Louisville, Kentucky. Currently Jefferson Square Park in Louisville is occupied by protesters in honor of Breonna Taylor. I am well aware of how the democrats feel, and their talking points. Nobody said black lives don't matter. What happened to George Floyd was murder, nobody has ever questioned that. If you want to protest and march, Nobody has a problem with that. I have a problem with people telling me I'm racist based on the party I identify with.

What left winged extremists do not understand is their unrealistic and idiotic "solutions" are irresponsible.

Defunding the police will destroy our entire country. The police department is not racist nor is it even close to being the problem. They are the ones you call when someone commits a hate crime aren't they? They care more about your safety than their own and they certainly are not in the line of work for the money or glory of it.

Part of the problem is democrats have turned race into a political issue.

South Carolina Senator Tim Scott's Justice Act did not get enough votes to be debated on the floor. Nancy Pelosi went as far to say "they were trying to get away with murder, actually the murder of George Floyd" when discussing Scott's bill. Scott's response was equally as strong stating it was, "the most outrageous, sinful comment I've heard as a public official". He went on to say that it proves democrats are not in this fight to actually change anything. It's all about gaining a group's support to elect them into office. In his speech on the senate floor he states, "What I missed in this issue is that the stereotyping of Republicans is just as toxic to the outcomes of the most vulnerable communities in this nation…. They cannot allow this party to be seen as a party that reaches out to all communities in this nation."

Nancy Pelosi and the democratic party claim the Justice Act wouldn't make a difference. While they are are screaming for reform and for us to listen to black voices, they decide Tim Scott's black voice, and his ideas that he feels will work, are not enough to make a difference. They blocked this bill from being debated not because of its content, but because it would be the republican party once again stepping up and supporting the black community.

Bevelyn Beatty is a black woman and female conservative. She was recently interviewed by Laura Ingraham after going viral for her rant slamming democrats, saying "the republican party is the party of the blacks". She states that black culture is in fact more conservative, noting that the LGBTQ+ movement was coming in and hijacking their cause. She also notes that Joe Biden as president would mean more black men would end up in jail. She debunks democrats false claim there was a "switch" in political beliefs post civil war. I'm curious to see how many left leaning news outlets will invite her to debate and exchange ideas.

We are almost a month into the protests in Louisville, and I can't help but notice that the cities facing similar issues are all cities run by democrats. Mayor Fischer was elected in 2010 as Mayor of Louisville and is a democrat. The mayor of St. Louis when Micheal Brown was shot and killed was Francis Slay, a democrat who had been in office since 2001. Jacob Frey is the mayor of Minneapolis. From what I can see he ran as apart of the Democratic Farmer Labor Party of Minnesota, which is associated with the democratic party. Jenny Durkan is the mayor of Seattle. Seattle is home to Chop, formerly known as Chaz. While reading her bio on the mayor website, I was shocked to find out she was a U.S. Attorney. Her bio reads, "As U.S. Attorney, Durkan was the chief federal law enforcement officer in Western Washington and coordinated various federal investigative agencies". So the woman who claims to be on the side of the people in Chop, has a history that says otherwise. A common theme among those in the democratic party.