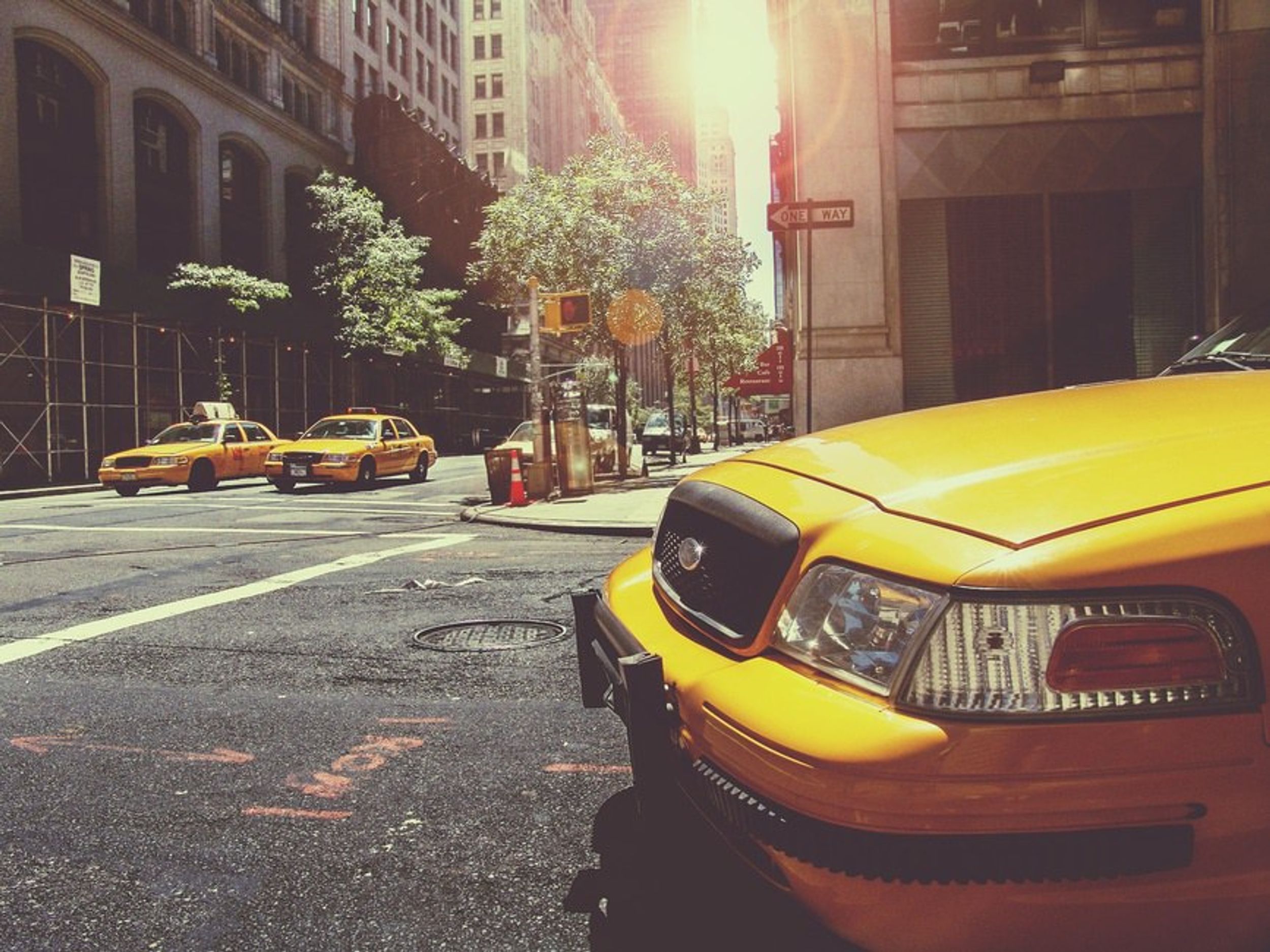 I’m torn. I love going to school down south, but no matter what, my heart will always belong to the north. Growing up in New York has affected me from the foods I eat to the phrases I say. When I made the decision to go to school down south, I knew I’d experience a culture shock to a certain degree. I've learned so much after living here (Harrisonburg, VA) for almost 2 years now, that it may be starting to rub off on me.

1. I wish there was New York pizza here.

Nothing compares to that feeling of walking into a restaurant and smelling the scent of fresh pizza and garlic knots wafting through the air. If you’re a regular customer, which you most likely are, you probably catch up with the owner and his/her family while you wait. There are plenty of local places to grab a slice! Our fold over technique is optional, but we promise that no matter how you eat it, as soon as you try it, you’ll understand why it’s hard for New Yorkers to eat Domino’s, CC’s, Papa John’s, or any other pizza chain.

2. Was that the proper term?

Pizza or Pizza pie? Yes, pizza pie. It’s shocking to some of my friends down south, but if you say pie in New York, it’s going to be assumed that you’re talking about pizza. We call up and order a large pie and when we show up, it’s not apple, peach, or pumpkin!

And this could be a “me” thing, but when I want to go outside and throw a baseball or softball around I ask, “want to have a catch?” not “want to play catch?”

…Or maybe I shouldn’t. After hanging around so many people, both friends and teachers, it seems like the right thing to do. I’ve caught myself saying/typing it to my friends and family back home, but they don’t quite get it. I’ve always been the one to say “you guys” but I like y’all because it’s a non-gendered way to address a group!

I find myself taking long strides past people who are walking at acceptable speeds. I promise I'm not trying to imply that you're slow, I just always walk to each destination as if I'm about to pee my pants. Not only do I walk fast, but I also talk fast. Each time I come home for breaks, I notice that my friends and I talk to each other a mile a minute. New Yorkers are just notorious for being in a rush to go nowhere.

5. Which way to the NY bagels?

One word: bagels. Bagels are the delightful carb loaded breakfast or lunch food that we all know and love. But do you know and love them in New York? Each time I head back to school after break, I make sure to take half a dozen back with me and throw them right in the fridge to have for breakfast or lunch during the week. The bagels anywhere else tend to fall flat for me. I won’t hesitate when offered a bagel (like I said, I’m from New York), but with every bite I’ll be telling myself that it’s only a few short months until I’m reunited with my (bae)gels.

6. Did I pronounce that correctly?

7. What's up with these chain restaurants?

While we do have them, it’s very much about the small businesses and family owned restaurants that thrive. They show commercials for places like Olive Garden, Golden Corral, Outback etc. etc., but they’re not really around. I’m familiar with McDonalds, Burger King, and Applebee’s, but that’s about the extent of the whole chain restaurant scene!

8. Vanity plates as far as the eye can see.

While there are some people with vanity plates up north, they’re not nearly as prominent as they are in Virginia. It is in part due to the fact that it doesn't cost any extra to get the custom plate. I'm sure I'd indulge in one if I lived there and it didn't cost any extra. My favorite types of vanity plates are along the lines of, “grangran101.” Yes, I really did see one like that. And yes, it made it to my snapchat story.

9. How come Chik-fil-A and Cookout are only a southern thing?

Why not share the love and open some up in the north? Ever since my first Chik-fil-a experience, it has stolen my heart. I’m notorious for eating the sauce by itself… But c’mon, admit it... You’ve tried it too. Cookout is another glorious thing. Their endless list of milkshakes will have you drooling in line, and there are just so many to choose from! If you're indecisive like me, I recommend looking up the menu beforehand.

It’s an understandable mistake to make if you’re not familiar with New York state. It just makes me giggle that the majority of people only recognize these two distinct locations within New York. I'm from Westchester County, 45 minutes north of the city. But I promise you, there are so many more wonderful parts of New York.