What will it look like when millennials start running for President? 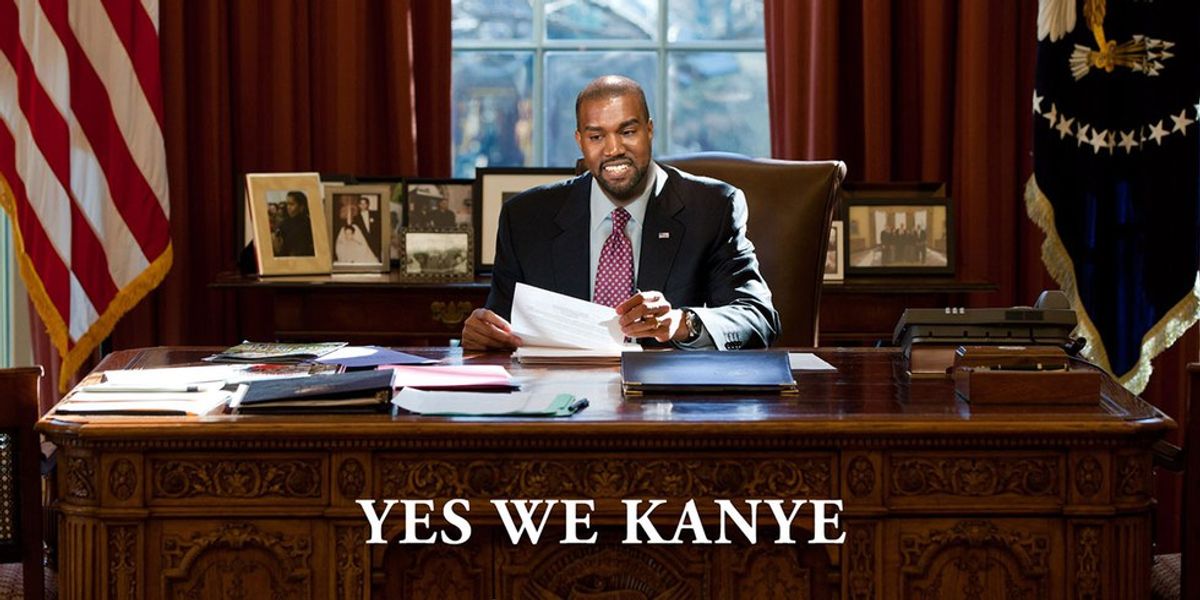 The 2016 presidential race has been characterized by digitized records of the candidates' shady past dealings coming back to haunt them. From Hillary's iconic private email server to Trump's lengthy Twitter archive, nothing is safe from being brought to the forefront of the conversation as we decide who will become the next leader of the free world.

Millennials have been documenting their lives on the internet virtually since birth. What digital scandals will characterize an election ten or twenty years from now? To imagine the chaos that it will be scouring a millennial candidate's past, I've decided to create a vignette of what social media shortcomings the media would sensationalize if I were to run for president.

From bribing voters with "Pokemon go to the polls" to my revealing my inadequate hand-eye coordination with "Sorry I'm garbage at bar games," its obvious I'm unfit for the office of president.

I can hear the critics now: "She can't even get a movie screening for 'The Purge: Election Year' off the ground! How can we expect her to deal with our nation's business dealings?"

At Colgate, "DAPAs work...to ensure fun, safe, and inclusive social environments at Colgate. DAPA grants will fund on campus events happening on nights Wednesday to Saturday." I've clearly been exploiting my campus' resources for my own benefit as I apply for a DAPA grant on an almost weekly basis.

I operate under the aliases of "The Original Dead Person," "Comedy Police," and "Procrastination Master" just to name a few. What am I trying to hide?

So Many Frickin' Emails

In the age of Gmail, every email you send and received is stored somewhere forever. After a brief glance at the dumpster fire that is my inbox right now, I think it's safe to say that no one will ever want to take the time to search through meeting reminders and Sephora order confirmations to find anything incriminating. Basically, if you think Hillary's problems are bad, get ready for #Cooper2032

Here are some recent highlights.

"She can't even balance her breakfast let alone an entire nation!"

"She has a terrible work ethic!"

What kind of respectable world leader comes down with a regular case of the Mondays?

Not only does this captions suggest that I am an anti-establishment communist terrorist, but I'm also fiscally irresponsible and incapable of leading a team to take at least one vaguely presentable photograph.

If 2016 has taught us anything, it's that all future elections are about to be just as much of a nightmare as this one. Probably worse.