How anxiety physically affects me. 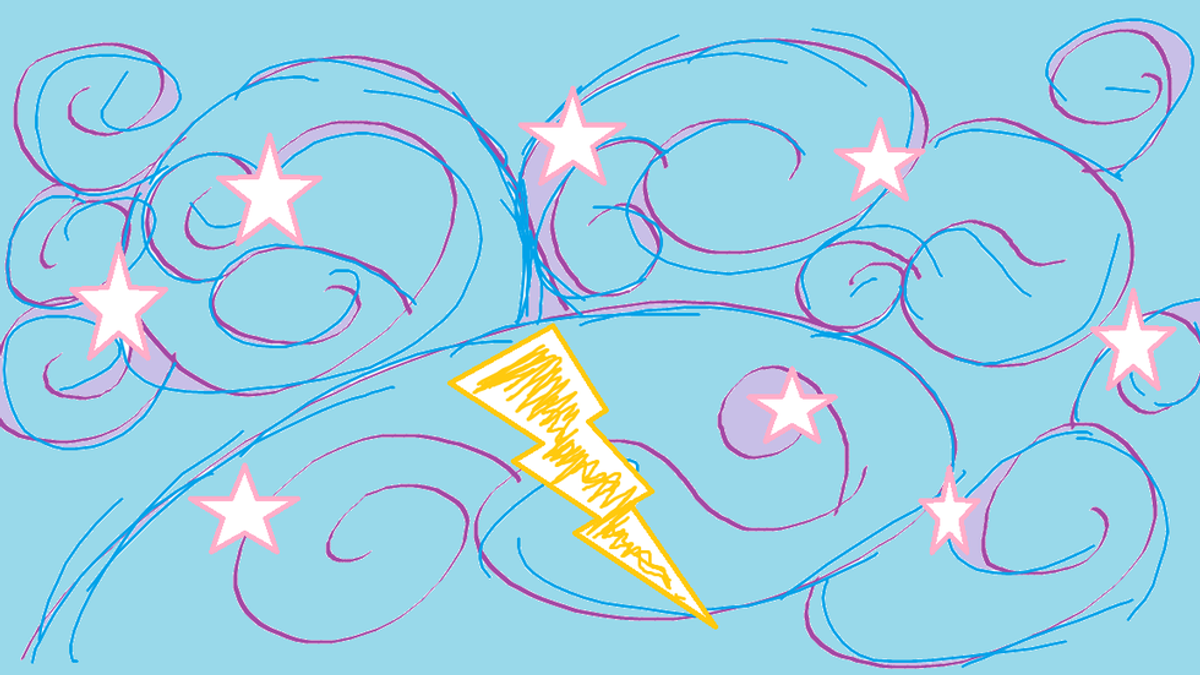 I had a panic attack the other day.

I forgot how much they hurt, how heavily they impact my daily life. I've been having them for a long time, but every once in a while they'll hit me again. They're deep and striking. There's an overwhelming sense of dread. It's honestly hard to describe.

The physiological responses were unexpected at first. It took me a really long time to come to terms with having anxiety. I did not acknowledge it for months. The first semester of my sophomore year of high school was hell because of anxiety.

I literally worried myself sick. I love learning, but I couldn't stand the thought of going to school. I wanted to scream, but I wanted to just stay quiet and be left alone. I was so tired all of the time.

I did a lot of research. That's one of the ways I tried to regain some control. I could at least recognize more of what's happening. The first time I had heart palpitations, I thankfully understood what it was. Don't get me wrong, it was absolutely terrifying, but I could at least align my symptoms with what I had learned about before.

The lack of breathing probably scares me the most. I cannot function at one of the most primary human levels.

My lungs seize up. My stomach is so tight that I don't think I could breathe even if my lungs would cooperate. My throat is closed so snugly that it's unlikely air could pass through the passageways further on.

It's difficult to describe anxiety. The physical responses are easier to illustrate, but the heaviness that just consumes is far more difficult to phrase.

This is what I have been facing over the past few days, the battle between my will and my mind and body. When your whole being wants you to sleep or just be left alone for a while, it's difficult to push yourself out of bed.

I'm tired. It's not just a lack of sleep, although there is plenty of that, too. It is a sense of heaviness dragging every step slower and beckoning me back to bed. I don't want to think for a while.

I missed two of my classes the other day, when I had the anxiety attack. i was paralyzed when I woke up. I could not move my body. The pressure on my chest and the fear overcoming my brain. There was nothing to fear, yet there I was. With such a distinct feeling of terror flooding my body, I was stuck in a fight or flight rush of adrenaline that only served to further trap me in my own head.

That's what anxiety comes down to, for me. There's a constant battle of irrationality in my head that says that something, anything, and everything is wrong. I can logically acknowledge what's happening. I can recognize that it makes no sense.

I haven't yet found a way to stop myself from reacting. I don't think I ever can.

Anxiety colors my every decision. I've had it for so long that it's ingrained in my personality. My thought processes are shaped around thinking, rethinking, and overthinking every possible scenario. It gets stuck on everything that can and inevitably will go wrong.

I yearn for comfort, but I don't even know what to ask for. I don't know if I can ask. How can I ask when I can't even breathe? When touch can make it harder to think, when I stutter so hard that I can't even think of the next word, when I'm shaking so badly that most of my concentration is keeping me from just randomly waving my arms about.

Every thought compounds and hits one after another and on top of each other.

Anxiety is a battle between my head and thinking and rationality and the parts of me, the majority of my mind in these times, that spend so much effort in not falling apart that I can't think straight. Everything is going wrong while I'm sitting in my bed right after waking up.

This anxiety attack the other day reminded me that Anxiety is truly incapacitating. I learned that the most in this past summer.

I think too many people brush off anxiety. It really needs recognition. Those who suffer from anxiety don't understand why they can't function the way everybody else does. They can rationally recognize that something should be easy for them to do, but they can't logic their way out of tight muscles and no breath. It's hard to recognize that other people can do these things without a struggle, and, while acknowledging that we should be able to also, we can't manage to break through our heads enough to accomplish the "easy" tasks.

I'm proud of every person working through their day, with anxiety or without. But know that you're not alone if you have anxiety. It's cliche, but that does not make it untrue. Take comfort that more people than you would think understand what is happening.

5 Confessions Every Chronically Ill Person Wants You To Know