Some of the best moments from this year's big game! 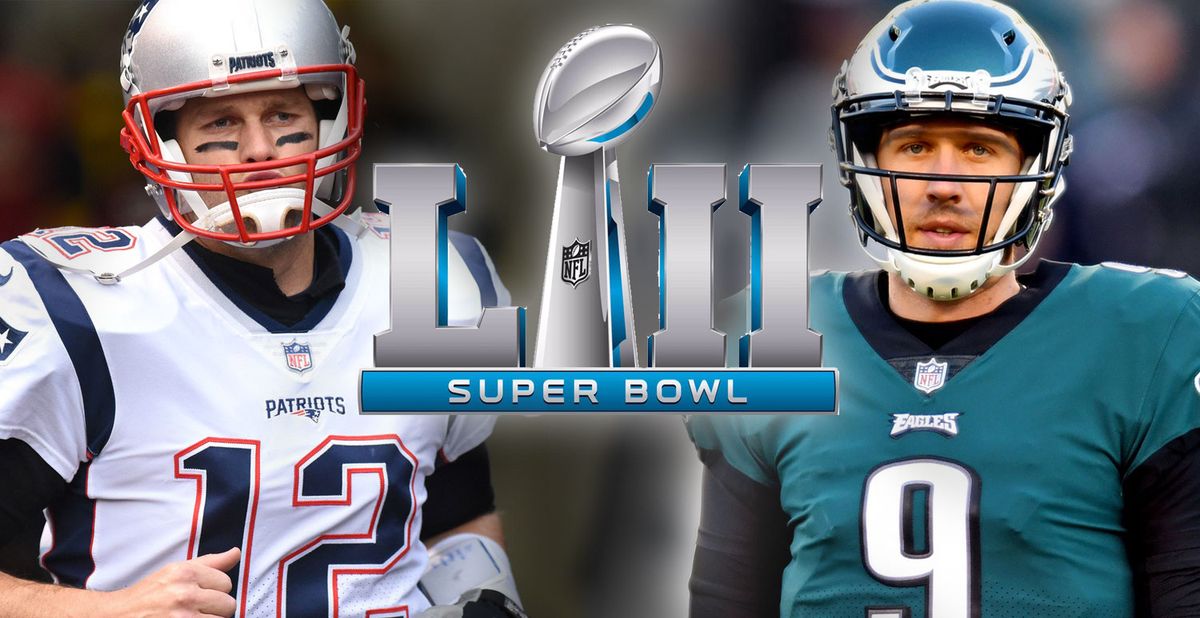 1. Leslie Odom Jr. singing America the Beautiful; it was a very pretty rendition.

2. Lionel Richie in a commercial about TD bank about trading ALL EVENING LONG.

3. A Medal of Honor recipient did the coin toss.

4. Eagles had a fantastic first drive, even though it only ended in a field goal.

5. There was a creepy Sprint commercial with a bunch of robots laughing at a Verizon customer.

6. When the M&M turned into Danny Devito and asked everyone if they wanted to eat him, and then, he got hit by a bus.

8. The back to back commercials of Doritos and Mountain Dew Ice of Peter Dinklage and Morgan Freeman lip syncing raps was the most hysterical thing ever.

9. When the Patriots running back thought he could jump over the Eagles player but just ended up straddling the guy’s face instead.

10. The awkward white blonde girl in front of a yellow wall dancing strangely and drinking a Diet Coke.

11. The Eagles scored again but still had zero extra points.

12. When Chris Pratt was told he was an extra in a Beer commercial; that was funny.

13. The Patriots scored their first touchdown 2 minutes before the end of the half; they too missed the extra point.

14. The Eagles stole a fail of Patriots play to get another touchdown on fourth down and even snagged an extra point this time.

15. The half ended with Brady failing to make anything out of his last drive.

16. Justin Timberlake put on an entertaining half time show, with a beautiful Prince tribute that projected Prince on a big sheet.

17. The Patriots started the second half off strong with a quick drive resulting in a touchdown.

18. Budweiser had the sweetest commercial about making cans of water to send to all the people affected by hurricanes; it was truly heartwarming.

19. Back to back drives resulted in quick touchdowns by both teams.

20. The premiere of the Avengers trailer!

21. Eli Manning had a strange series of senselessness in commercials, but none were better than him and Beckham Jr. re-enacting the Dirty Dancing dance, and it ended up just being a commercial for the NFL! That was amazing!

22. The Eagles got a touchdown, missed the 2 point conversion, but got the ball back on a fumble by Tom Brady amidst being tackled.

I hope you all enjoyed Sunday as much as I did!