10 Gorgeous Russian Churches Everyone Should See

The churches in Russia do not disappoint. 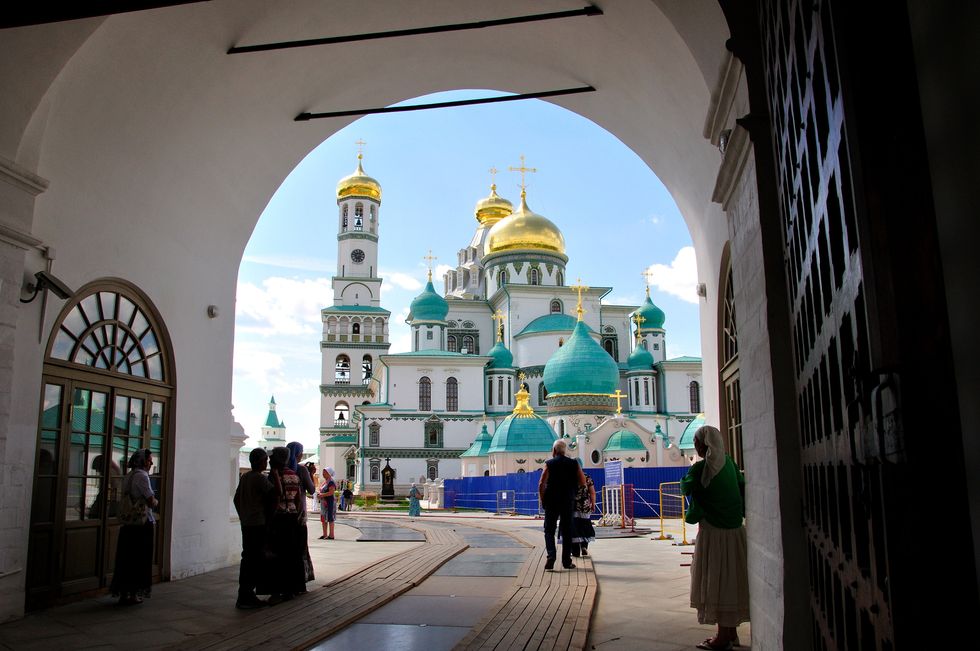 Russia is a gorgeous country filled with a rich history, culture, and faith. I may be biased, but as a Russian Orthodox Christian, my favorite part of the motherland is easily the cathedrals. Their beauty is ethereal. Here are 10 churches to put on your bucket list.

1. Church of the Savior on Spilled Blood

The Church of the Savior on Spilled Blood in St. Petersburg got its name in honor of the memory of Tsar Alexander II, who was assassinated in 1881. The church was built in the very place where a bomb was thrown into his carriage by a young man who opposed the Tsar's reforms.

What makes it unique is that its interior and exterior consist of one of the largest mosaic collections in Europe. Honestly, the iconography of this cathedral is absolutely mind-blowing.

Also located in St. Petersburg, St. Isaac's is the main cathedral of the imperial capital, and the interior adorned with incredibly detailed mosaic icons, paintings, and columns made of malachite and lapis lazuli.

It can accommodate 14,000 worshippers, and the beauty of its iconography is absolutely unreal. The church also has a viewing deck you can ascend to that captures an aerial view of the city.

It's definitely a must-see. It is impossible to miss.

Kazan Cathedral is located on the Nevsky Prospect in St. Petersburg. This church is dedicated to Our Lady of Kazan, which is one of the most venerated icons in Russia.

This holy icon holds the highest stature within the Russian Orthodox Church, representing the Virgin Mary as the protector and patroness of the city of Kazan, and palladium of all of Russia.

She is pictured at the center of this church in the photo above.

The Imperial Chapel is located inside St. Petersburg's Winter Palace, also known as the Hermitage Museum. This chapel was built as a private worship space for the Imperial family.

It was constructed during the reign of Empress Elizabeth Petrovna, Peter I's daughter, from October 1753-June 1763, and dedicated in Empress Catherine II's presence by Archbishop Gabriel (Gavril) Kremenetsky on 12 July 1763.

The gold-lined interior took my breath away when I visited.

5. The Cathedral of the Assumption

This cathedral is a part of the architectural ensemble of the Holy Trinity- St. Sergius Lavra monastery in Sergiev Posad, Russia. It is in honor of St. Sergius of Radonezh, a beloved Russian saint whose relics are kept here as well.

I had the blessing of venerating them during my visit in 2017, and it was an experience I will cherish forever. Sergiev Posad is located on the golden ring of famous Russian cities, a UNESCO world heritage site, and a truly holy place.

The iconostas stands at a massive 6 rows tall, which is truly impressive.

The Novodevichy Convent, another UNESCO world heritage site, is a beautiful women's monastery located in Moscow, Russia. It was part of a chain of monastic ensembles that were integrated into the defense system of the city, hence the walls built around its territory.

Their cemetery is so famous that guided tours are provided to visit the graves of famous Russians such as Nikolai Gogol and Anton Chekhov.

Located in Istra, Russia, this monastery is a replica of the Church of the Holy Sepulchre in Jerusalem. It also has a river that serves as the site of the feast of Theophany in January.

Let me just say, I don't know how people dunk themselves in the water three times in January because I could barely put my feet in the super cold water during the summer.

Props to them, honestly It is a newer church that finished construction in 2016 and has a whopping 10 ROW iconostasis that can barely fit into photos.

This was the first church I visited in Russia, and so it holds a special place in my heart.

Christ the Savior Cathedral, located in Moscow, Russia, is the third tallest Orthodox church in the world. The original church, built during the 19th century, took more than 40 years to build and was the scene of the 1882 world premiere of the 1812 Overture composed by Tchaikovsky.

Following the dissolution of the Soviet Union, the current church was rebuilt on the site between 1995 and 2000.

I had the blessing of attending liturgy here in summer 2019 for the feast of the Kazan Icon of the Mother of God and her icon was present with us, which moved me to tears. It was one of the best days of my life.

Donskoy Monastery, located in Moscow, Russia, was founded in 1591 in commemoration of Moscow's deliverance from the threat of an invasion by the Crimean Khan Kazy-Girey.

Commanding a highway to the Crimea, the monastery was intended to defend southern approaches to the Moscow Kremlin.

St. Tikhhon's relics are also located here, which I had the blessing of venerating in summer 2019. The iconostasis has a formidable 6 rows as well.

This church is located in the memorial Victory Park in Moscow, Russia. It is dedicated to all those who lost their lives fighting for the Soviet Union during the Great Patriotic War, and is also home to St. George the Victory-Bearer's relics.

It is located inside the park complex and is a beautiful tribute to the memory of these soldiers.

Russia is known for its glorious golden-domed skylines full of churches on every street corner. They make her a truly holy place and I highly recommend visiting them, whether you are Orthodox or not. Many of these cathedrals are included on guided tours for visitors, so be sure to pay a visit!