How would the NBA landscape be different if teams went a different direction? 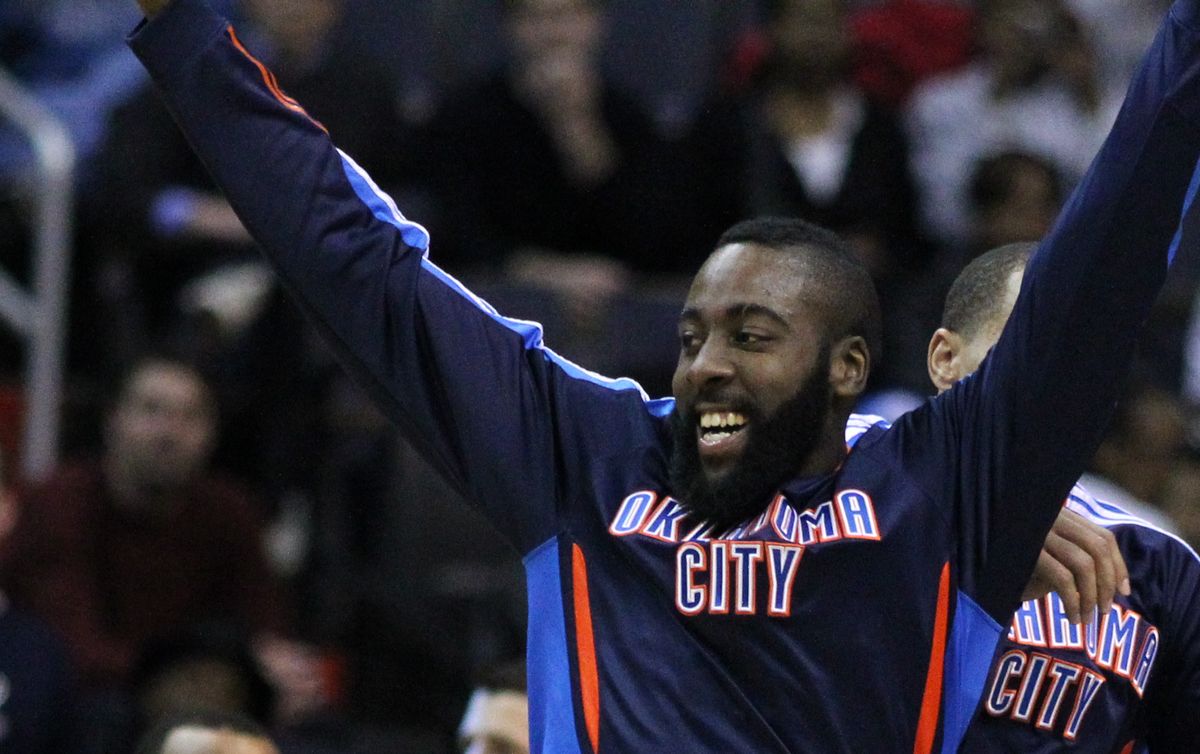 What if Michael Jordan got drafted by the Trail Blazers? Would Portland, and not Chicago, have owned the 1990s? What if Kobe Bryant would've been drafted the New Jersey Nets? Would we remember him as an East Coast basketball savior instead of the Hollywood Icon? These are old NBA questions that still haunt fans of all teams to this day. However, I want to take a look at more recent history. What if the modern NBA wasn't what it was today?

What if ... Damian Lillard fell into the lap of the Pelicans?

Going into the 2012 NBA Draft, the New Orleans Pelicans (then the New Orleans Hornets) were sitting pretty with two first-round picks. Following an abysmal campaign (21-45, last in the Southwest division), New Orleans lucked into the first overall pick. They went with the consensus top pick, prized Kentucky big man Anthony Davis (side note: I was not a big fan of Davis' as he was coming out of college. He was too tall and lanky to me and seemed too much of a project on offense. I turned out to be way wrong, but as someone who grew up watching Stromile Swift, Robert Swift, Darko Milicic, and Hasheem Thabeet bust their way out of the league, you couldn't blame my caution).

With their second first-round pick, there was indecision on what to do with it. Ultimately, the Pelicans settled to draft Duke point guard Austin Rivers at tenth overall. After underwhelming in New Orleans, Rivers was traded to the Clippers for pennies compared to what the Pelicans invested in him, and he became the first player in NBA history to play for his dad.

However, rumors came out after the draft that the Pelicans coveted a smaller-pedigree player: a point guard out of tiny Weber State in Damian Lillard. Lillard was selected four picks earlier by the Trail Blazers, but if he had fallen to the Pelicans, he would have been the perfect complement to Davis. Lillard has blossomed into a perennial top-25 player and a massive upgrade over what Rivers had given them. A Davis-Lillard duo would have stricken fear in the rest of the league, creating a near-unstoppable pick and roll game.

What if ... the 76ers made the right choice and selected Kristaps Porzingis?

Another NBA draft what-if: the 76ers devoted their entire roster creation behind building through the draft, leading to the moniker "Trust the Process." Following years of deliberately losing to increase their odds at a high pick and therefore landing a superstar, the process looked to be bearing fruit.

Philadelphia possessed a second straight third overall pick in 2015, a year after drafting Joel Embiid in the same draft slot. With that selection, the 76ers selected offensively-gifted (but frustrating defensively) Duke center, Jahlil Okafor. After a year of putting up bad stats on a bad team, Okafor's lack of shooting and rim protection caught up with him, and he's rarely played since. One pick after Okafor was Latvian big man Kristaps Porzingis, who was considered an extremely raw player at the time of the draft.

However, after three years of seasoning, Porzingis has transformed himself into a do-it-all player that has earned the label unicorn for his uniqueness. After the two most recent drafts, a 76ers lineup of Markelle Fultz-Robert Covington-Ben Simmons-Kristaps Porzingis-Joel Embiid would have been the most talented young team the NBA has ever seen.

What if ... Harden had stayed in OKC?

The second-most talented team behind that hypothetical 76ers' squad? The Oklahoma City Thunder of the early 2010s. After being expertly put together by GM Sam Presti, (and having many teams attempt to copy his draft success) the Thunder has an embarrassment of riches on their team, with a lineup of Russell Westbrook-Thabo Sefolosha-Kevin Durant-Serge Ibaka-Kendrick Perkins and Sixth Man of the Year James Harden. Sefolosha and Perkins were the veterans of the group, but with those Core Four young players, the Thunder had made the NBA Finals and fell in five games to the LeBron James-led Miami Heat.

Despite that sobering loss, it was clear that OKC was on the rise and excitement was flooding through the franchise. However, Presti had a hard choice ahead of him: the young players were beginning to get off their cheap rookie deals and needed to be paid to their talent level. OKC was and is a small market team and could not afford going over the luxury tax line by taking on too much salary, and made the decision to cut bate with Harden and sign Ibaka to an extension. Many since have screamed, "How could the Thunder choose Ibaka over Harden?!" However, I defend their choice.

There is only one ball to go around, and while Harden has blossomed into the likely 2018 MVP, three ball dominant players simply would not work. Ibaka rounded out the team more with rebounding and defense and gave the Thunder a better chance to win.

The modern NBA landscape can be changed with one decision. One move results to another team making a responsive move, and soon a ripple effect starts to take place. These teams can't go back in history to change their decisions. Hindsight is 20/20 and may have cost these teams a title.