He sent a mass email to every girl named Claudia at Missouri State. 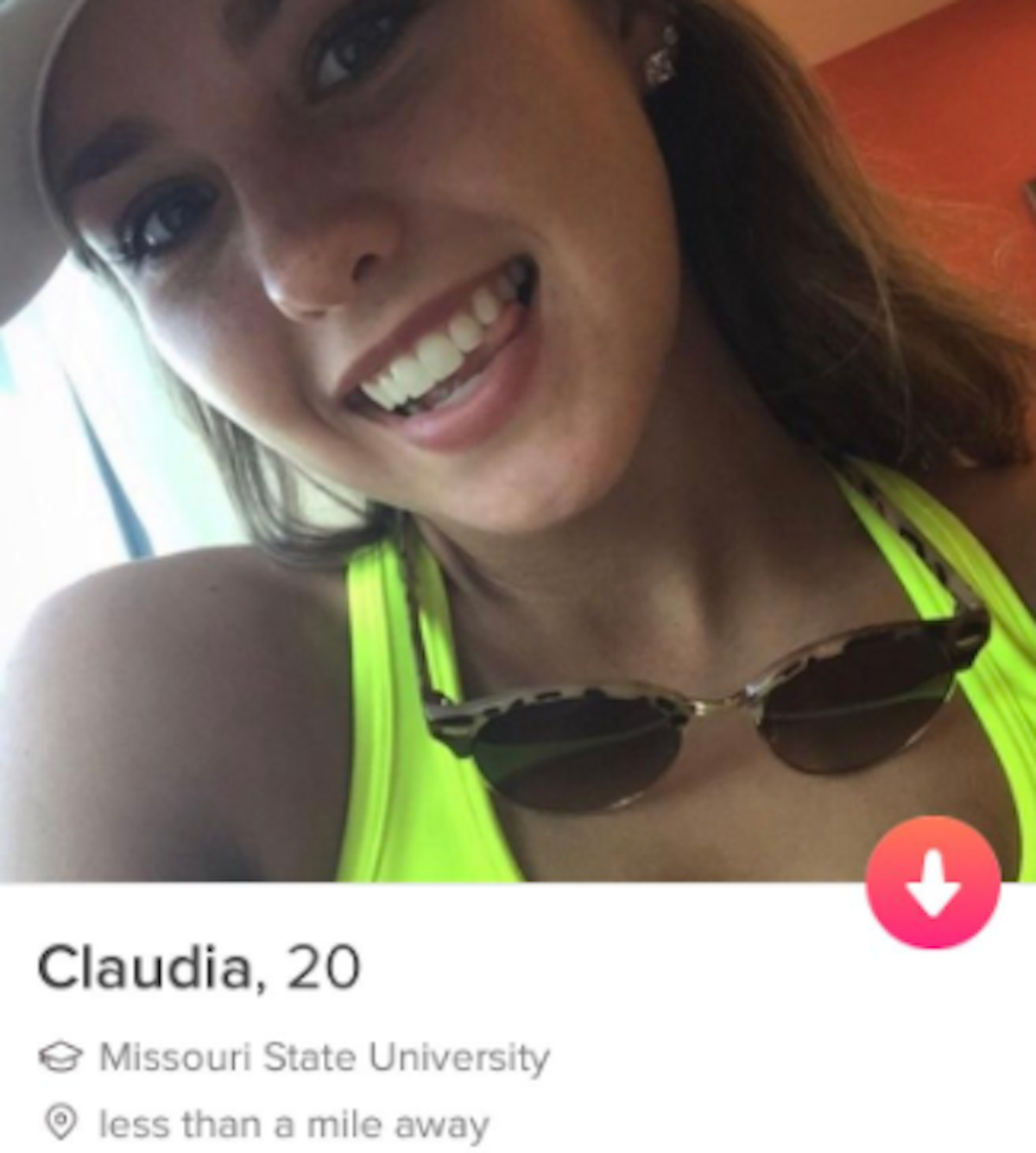 Tinder. We all know how it works— you swipe left if you're not interested, you swipe right if you want to pursue a little further. Everyone has their own specific guidelines for swiping either direction, usually, such as dogs in the profile pictures (the most important), good looks, funny jokes in their bio, and so on.

Recently, a little misstep has caused quite the stir on Missouri State's campus, and now worldwide. Hayden Moll, a student on campus, had the great misfortune of accidentally swiping left on a certain girl's profile when he, in fact, meant to swipe right.

Most people would probably be pretty distraught, but they'd eventually just shrug and say "Oh well," and keep on scrolling through profiles. However, that was not the case with Hayden. He still knew her name, which was Claudia.

Hayden sent out a mass email to every single girl named Claudia at Missouri State University, a school of over 26,000 students total.

The girl received the email.

Watching it unfold seemed to be something of a modern-day Cinderella story, where Prince Charming, instead of trying a glass slipper on every woman's foot, sent out a mass email to a specific fraction of the entire student body because of a Tinder mistake.

Claudia has yet to publicly confirm or deny the events that followed the two crossing paths, such as whether or not Hayden shooting his shot on quite the ballsy level paid off for him. However, it's safe to say his reputation won't be forgotten anytime soon, so he has embraced it.

The tweet Claudia tweeted about Hayden's email has gone viral, resulting in over 22,000 retweets, 100,000 likes, and has been covered by numerous outlets from Total Frat Move to Catfish MTV's twitter to Barstool Sports.

Maybe if more guys took after Hayden's determination to shoot his shot, regardless of the outcome, more guys would find their own Tinderella and live happily ever after.

Nicole Marie Nigro
Individual Creator
9201
c1.staticflickr.com
Where to start...... Let me start with the cliche that life throws us curveballs and what we do with it is what counts.