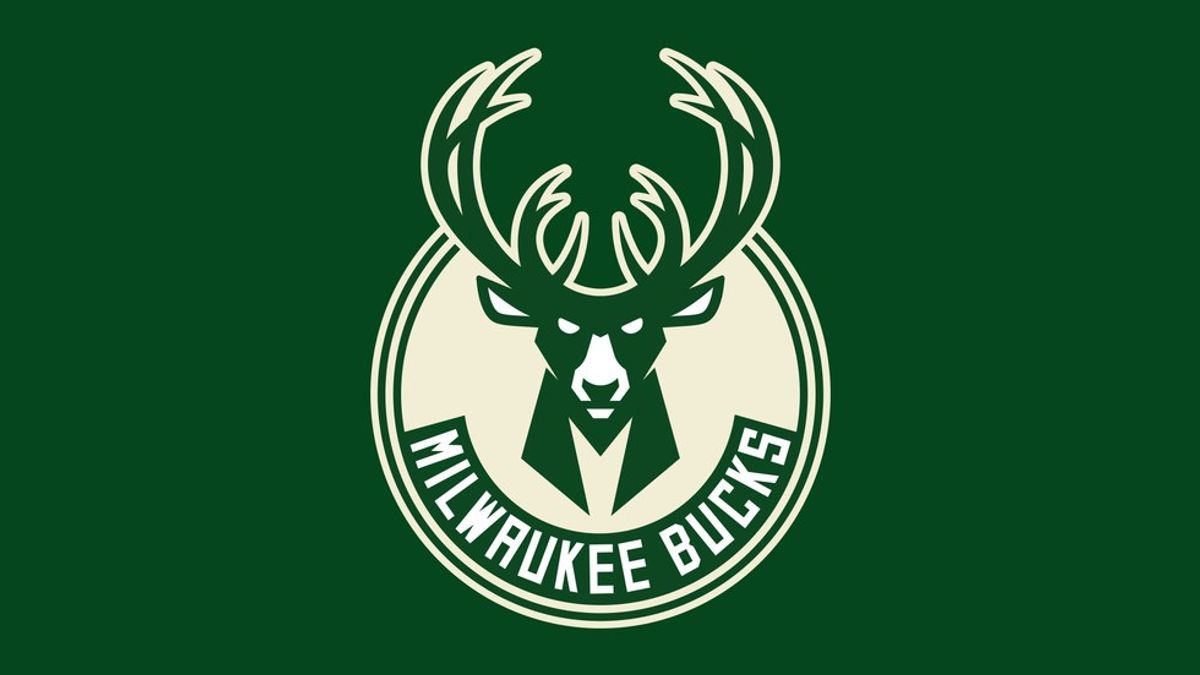 I've been a Milwaukee Bucks fan for years and my passion to follow the team has only increased as I've aged. Much like my passion for the Bucks, I've realized I really like to write. I've created this blog to share my opinions with hopes that other people (fans) may see sports and my opinions from a different perspective than their own. Now that my amateur status is established, let me write about my Bucks.

Prior to this season, the Bucks haven't had many seasons to look forward to since the 2000-2001 season where the bucks finished +22 in the win column under future Hall of Fame coach, George Karl. The Bucks finished 1st in their division and earned a two seed in the playoffs, only to lose to the #1 seed 76ers in the Eastern Conference Finals. Entering this season, fans anticipated seeing rising star Giannis Antetokounmpo, Future All-Star (hopefully) Jabari Parker return from his ACL injury, incredibly dynamic 3 and D stud Khris Middleton, athletic guard Michael Carter-Williams, and newly signed 'man in the middle' Greg Monroe.

After a season where Jason Kidd had brought the young Bucks from a fifteen win season to forty one wins, this season led fans to hope for more improvement. These fans had reason to believe in further improvement after a contract extension to Khris Middleton and John Henson, signing Greg Monroe, acquiring Greivis Vasquez from the Raptors on draft day, and drafting a young shooter in Rashad Vaughn. Along with those, Jabari Parker would return from his injury shortly after the beginning of the season. The entire rebranding of the organization brought even more excitement as they introduced a new logo, fresh new uniforms, and a new hardwood court to win on. Everything looked bright ahead of them. #OWNTHEFUTURE was real and was making waves through the NBA. Then.. the season started.

The deer got off to an unimpressive start of 7-13 through the first twenty regular season games. Through the first twenty games, the Bucks beat the Nets (two times), Sixers, Knicks, and Nuggets. The Nets and Sixers are currently the bottom two teams in the Eastern Conference, while the Knicks are 11th out of 15 teams. The Nuggests are currently 12-23 in the West, good enough for eleventh of fifteen as well. The Bucks as of tonight are 14-23, thirteenth in the East. They have shown flashes of promise as they defeated two powerhouses of the NBA in the Cleveland Cavaliers and Golden State Warriors. The win against Stephen Curry and Co. has the potential to go down as one of the biggest wins in Bucks franchise history as the Warriors aim to set the record for best record in an NBA regular season, currently set by Michael Jordan and the 1996 Bulls with an amazing 72-10 record. Up to date the Warriors have two losses, to the Bucks and the Dallas Mavericks (both on the road). Dallas beat Golden State when they didn't have Curry, whereas the Bucks defeated them at full strength (aside from previously injured Harrison Barnes).

This season has been a disaster full of turnovers, inconsistency, laziness, and atrocious defense. This is a team that is 28th in the league in defensive efficiency after finishing last season in second, only behind the League champion, Golden State. The Bucks are in the bottom third of the league in offensive efficiency, similar to last season. Milwaukee is LAST in the league in defensive rebounding, which is pathetic. This is the longest team in the league we're talking about, how are they last in defensive rebounding? Game after game I see offensive rebounds for the other team off of free throws, which is acceptable if it happens once every couple games, but game after game there is a threat to get an offensive rebound from a missed free throw. In more regards to laziness, I see multiple drives into the lane each game where the players don't go to help out their man, or commit lazy fouls which allow for an easy bucket and trip to the line. The laziness is an embarrassment at times and I feel bad for Coach Kidd and Coach Prunty.

MCW is averaging 2.9 turnovers per game, which is surprisingly low to me because after each game I watch it seems that each quarter he is trowing the ball at someones feet or directly out of bounds. The Bucks play out of control at times and I watch Jabari and Giannis push the ball a bit too hard. They have control, but lose sight of defenders and often have their rushed passes deflected. As for the offense, the team has no guy to look to besides Middleton. Monroe was the man to feed earlier in the season, but since his injury he hasn't been the same it seems. Guys are still playing well, but they can be playing much better. More movement on offense, alertness, and controlled attacking will bring the Bucks more production and energy. Unfortunately, the bench has been less productive than it could be. Jeryd Bayless looked like a potential 6th man of the year before he injured his ankle, OJ Mayo has been inconsistent in his shooting and veteran leadership which has flashed in good ways and in bad. Greivis Vasquez started slowly and then began to hit is stride, but was struck with an injury and remains out. Henson has shown his talent and length as a shot-blocker and rebounder, as well as his lefty hook. Johnny O'Bryant has been much better than anyone predicted. He is the most energetic and passionate player on the floor. He attacks the offensive glass like a famished lion attacks a pack of sleeping zebras. On the bright side, this team is extremely young and they're still learning.

Don't be surprised if the Milwaukee Bucks finish the season and earn a top 5 pick in the draft. This wouldn't be a terrible scenario as they would add another young prospect to the already youthful franchise. If you're a passionate fan of the Bucks like me, you're patient enough to wait another year for playoff redemption. I felt the Bucks would finish this season 3rd in the East, but I was so wrong. I fell into the hype that everyone else had created and I was too naive as a longtime fan to know it was too good to be true so quickly. I look for the Bucks to mature this season and learn from their mistakes. Their time will come, I believe it, and you should too.

Nicole Marie Nigro
Individual Creator
8920
c1.staticflickr.com
Where to start...... Let me start with the cliche that life throws us curveballs and what we do with it is what counts.