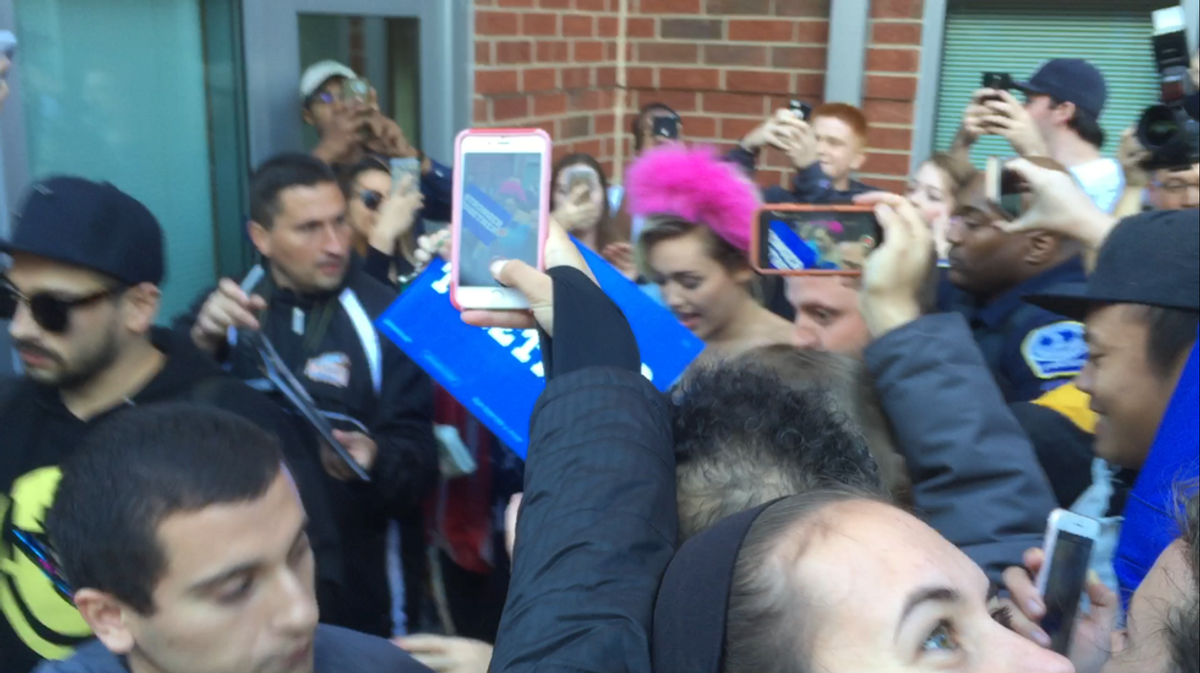 You wake up and think about the millions of things you have to do. After all, it is midterm season, so tensions are high. As if impending tests and projects were not enough, the upcoming election is definitely not helping, as many fear what the future holds. Since people are having such a hard time deciding who to vote for, both candidates have increased their campaigning efforts, especially in Virginia. This is because Virginia is likely a swing state, which means that the two major political parties have almost equal support across the state. As such, college campuses can have a big impact on the election results in the state, especially since younger people like college students, are notoriously known for not voting.

In an attempt to remedy this, Miley Cyrus made an appearance on campus Saturday, October 22nd around 3:00 pm to campaign for Hillary Clinton and encourage students to come out and vote. So you may be wondering…

How did they choose which building she would visit?

If you have any form of social media, it’s no secret that she graced Piedmont 4th with her presence. But how did they get so lucky? While waiting outside to see Miley, I was chatting with one of the police officers on crowd control, and he said they chose Piedmont 4th because many of the students who live there are affiliated with the GMU Democrats or were actively involved the Hillary campaign.

How did she spend her time while at Mason?

There are many reports of Miley actually taking a decent amount of time to speak, take pictures with, and just hang out with the residents of Piedmont 4th. She even played some Mario Kart with a couple of residents at one point. Everyone who spoke with her only has positive things to say about her, and the general consensus was that she was very friendly and a down to earth person.

It’s awesome that Miley took time out of her busy schedule to come and visit Mason to make a statement about the importance of voting in this election. Now it is our job to actually do something about it.

The takeaway from her appearance is simple; go out and vote. People have no right to complain about who is in office, or the things that happen in the upcoming years if they do not exercise their voting power. So, make sure to do your duty and vote!