How To Overcome Mental Blocks 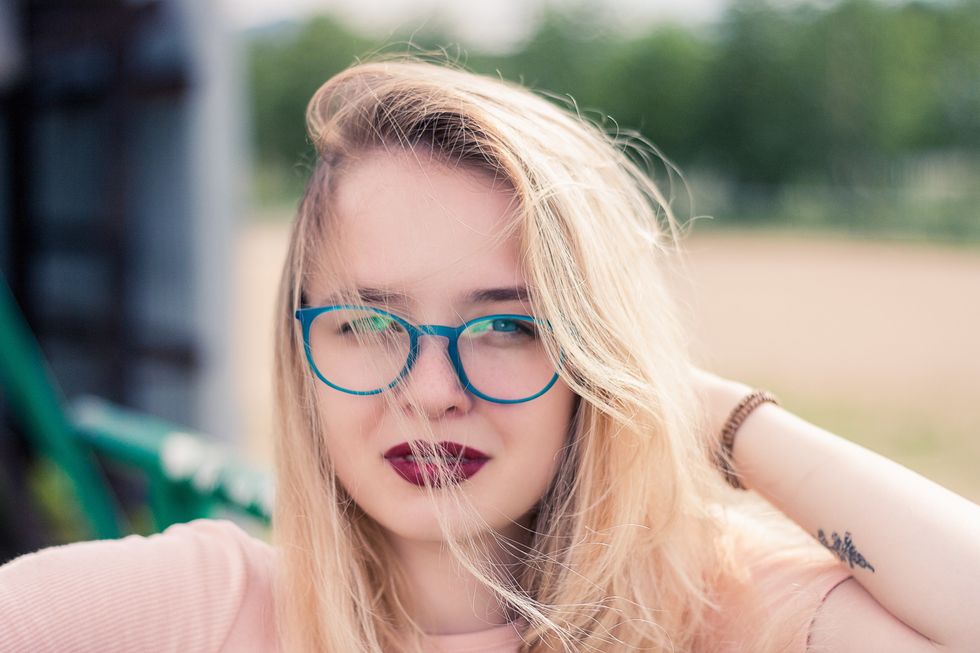 Before we talk about how to get past these mental blocks, we first need to address what exactly a mental block is. Simply, it is the doubt that we have about our abilities whether intellectual, physical, or anything else. This can manifest in school in many forms, test-taking being one of them. When you study for a test and are as prepared as possible, yet, when the time comes to take the exam, you forget what you studied. You tell yourself that you aren't a good test taker anyway or that you knew you wouldn't do well because you aren't as smart as the other people in your class.

Physically, a mental block can manifest in countless ways. From walking after an accident that damaged your legs to jumping in a pool after you've almost drowned — anything can cause a mental block. That block might last a few days, a week, maybe a month, but there is no limit to how long it will stay, so it could last your whole life. That may seem daunting, but it shouldn't be. For me, the challenge of understanding why I feel this way and how to change that are now par for the course.

The question though is how do we get to the point of understanding? The moment where you know that even though it is scary, that should not be a reason to not try something. These blocks are akin to physical barriers — walls that we think we can't get around but then we find the path. The mental walls have paths too, we have to work to find them. Sometimes we might just need a little guidance in the right direction.

The first thing I try to do when I THINK that I might be starting to get a mental block is to try to stop it. Usually, this means doing an action repeatedly. Show yourself — body and mind — that you got this! Don't give yourself a chance to second guess or stop. Have confidence in your skill, know your end goal, and don't worry if it isn't perfect. Reminding yourself that you can do it even if it isn't the best, is a good way to reassure your brain that everything is okay. It is also not a bad thing to mess up so that when it happens in the future, there won't be the same fear.

If the mental block was too fast, don't be discouraged. So many times, the blocks creep up and we don't know they're there until we can no longer convince our brains that we know what we're doing. What we do to move forward from this can make or break where we're at in the skill or task.

The best place to start working through the block is at the very beginning like Maria said in "The Sound Of Music." To assure yourself that you know what to do, it is best to start with the basics. When I had trouble with my back handsprings, I had to take a step back and do something simpler. I would do back walkover after back walkover and land with my feet together like I had done the back handspring. Essentially, I would get as close as I could to doing the skill without actually doing it. Doing that made me so frustrated because I knew that I was basically doing it. At some point I would become so indignant that I would decide that enough was enough, I was throwing this handspring. Sometimes the tries were not the prettiest, but that didn't matter. All that is important is that I could only improve on the skill if I was willing to do it.

There are some days though, that taking one step is not an option. Days when it seems like no matter what we try, nothing works. It's during those times that I learned how to step away. Take some time to think through what the cause of this block is. Is it because you are distracted by other things in your life? Maybe it's someone else's words or actions that are making you question yourself. Then there are times that there is seemingly no reason for this to be happening. No matter the reason, it is okay to take a break. Give your body and mind time to rest — go on to another thing entirely. Sometimes we need time to process before we keep trying.

The most important thing to remember about any mental block is that it's all about mindset. When we say we aren't going to do something, we are creating a self-fulfilling prophecy. Instead, think logically. Ask yourself if you really can't do it or if you're simply scared. In the test-taking example, it's hard to say that if you have a better mindset, you will automatically do better, because that's not true. Instead, prepare yourself the best you can, all the while having the mindset that you will do well on this test. Don't compare yourself to others, and don't think you are stupid you have to work to get good grades. Remember that effort does not equal unintelligence.

When it comes to the physical, it is much the same — the more prepared one is, the more likely they are to achieve their goal consistently. If that means doing repetitive drills or going slowly through the motions, the more we try, the more we succeed. If a basketball player gave up playing just because he wasn't making free throws one day, we probably wouldn't have any teams. When we put skill with mindset, we are at our best.

Mental blocks are hard. They make us question our abilities, our beliefs. But sometimes we need to ask questions to become better.