The Trump Campaign screwed her over. 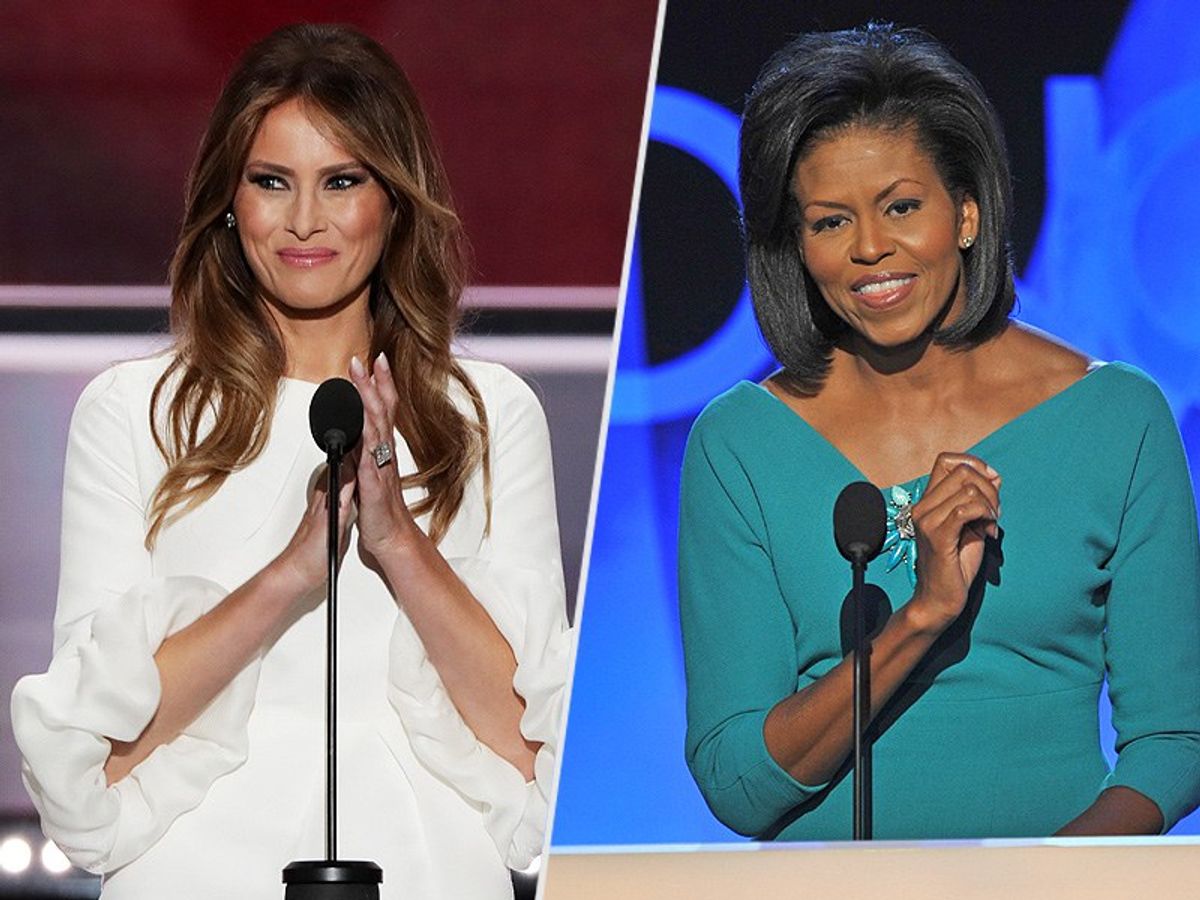 When I first heard that Melania Trump had recited, almost verbatim, the same speech at the Republican National Convention that Michelle Obama had said in 2008 at the Democratic National Convention, I was furious. Did she believe that her own words weren’t valuable enough to share? Did she think that Michelle Obama wasn’t worthy of being credited? Or did Melania believe that America was too stupid to realize that she had copied the First Lady’s speech? Here's a video in case you missed it:

Then, I realized something: Melania Trump most likely didn’t write her own speech.

Presidential candidates and their fellow campaign members hardly ever write their own speeches. Rather, they have an entire team who composes it for them. This article says that, “Trump's campaign faced criticism even from allies, who largely blamed staffers -- not Melania Trump,” but for some reason, many are pointing their fingers at her. Though Melania claimed to have written the speech herself before hand, lots of evidence points to the contrary, yet many people are ridiculing her, and they're even going so far as to crack jokes about her immigrant background because of the incident.

Let me make this clear: it’s never ok to allow somebody’s ethnicity to become the butt of our jokes, even if it’s the wife of the most racist presidential candidate of the 21st century. Besides, we already know that Mrs. Trump didn’t write the speech that she gave at the RNC, so we can’t even use that as an excuse for our degrading comments against her, not that it would have been morally correct to do so if she had.

So let’s quit bullying her, and instead recognize that the Trump campaign team screwed her over. Just because you don’t like her husband, (or even if you do, and I question why you do) let’s stop making her the target of our jokes and criticism because she’s just along for the crazy ride that Donald’s driving.
Report this Content
This article has not been reviewed by Odyssey HQ and solely reflects the ideas and opinions of the creator.