The Media Is Liberally Biased, But You Already Knew That
Odyssey

The Media Is Liberally Biased, But You Already Knew That

What kind of political education are we receiving? 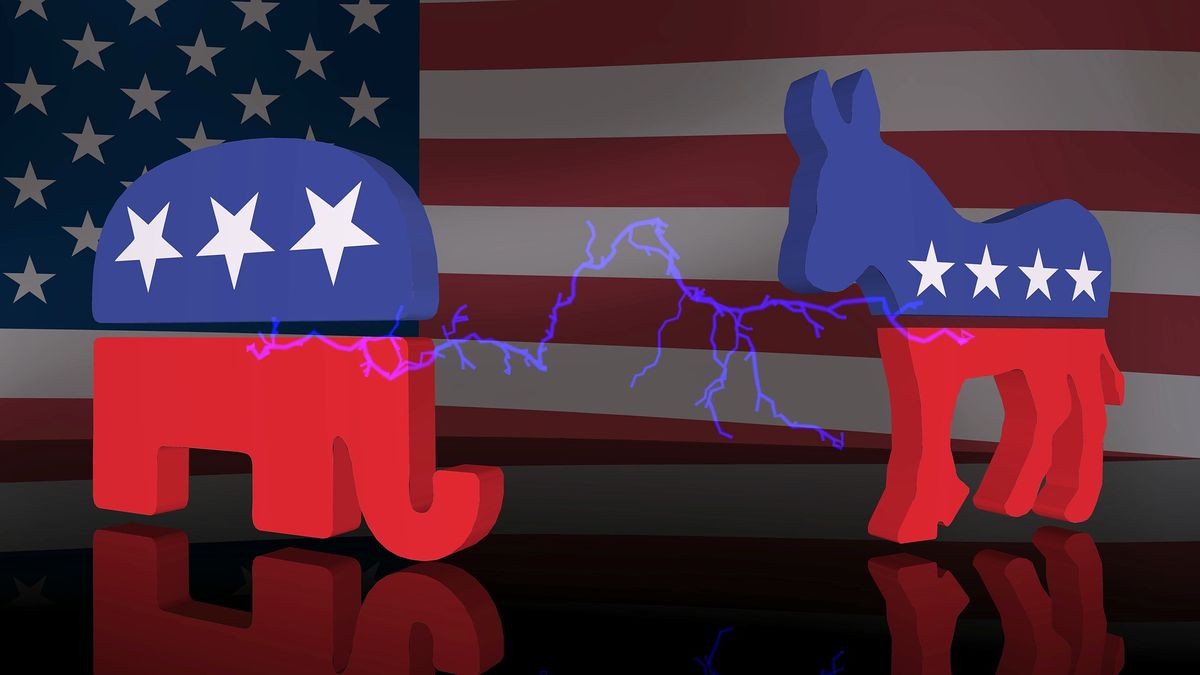 There are so many ways that media influences our lives. Not just dealing with things concerning our government, but with the way we view ourselves. For instance, social media has played such an immense role in our perception of others and the way they view our lives and circumstances as well. It certainly does not surprise me that teen suicide has skyrocketed because of the mold they feel they have to fit in order to be appreciated, loved and accepted.

I say all of this to say that we live in a society that tends to pretend like everything is fine when clearly, it’s not. We put on a smiling face because we have been taught to smile through the pain and not to appear broken or weak when it's actually okay to not be okay sometimes. A little off of the original topic, yes, but media influences our brains and the way we think. In every way, shape and form, whether it’s political or through a picture on Instagram.

So, obviously, when certain networks gear towards a political party, they will use tactics that all forms of media use to lure people into what they “should” believe.

There are several ways that I do believe the media is liberally biased and becoming more like this each and every day. It just so happens that the people that are talking about empowerment have strong beliefs that they are trying to press on people.

When looking through the typical news sources that would pop up on the internet the first thing you see now is someone bashing our current president. Yes, I get it. He is probably one of the crassest, blunt and sometimes very inappropriate people that has ever sat in the oval office, but that does not mean people have to be hateful towards the leader of our country. Yes, he has said some things that were not right, but he is the elected leader of our country and he was elected just as the last president was.

The thing that gets me here is that if someone spoke out about our last president then it was considered racist, but if it is done now it is a freedom of speech. The whole debate and reality that is racism is still such an issue and it will always be a factor as long as we allow it to. The liberal party is pushing this subject even more.

Sometimes I personally feel as though some, not all, liberals make themselves out to be “siding with the victim”, if you will, just to make the conservative party look like nothing but people with pitchforks in their hands.

Yes, that is a very bold statement, but it seems true in some situations. It seems that liberals side with whoever is at fault, so they can look like the “good guy”. For example, it’s okay that conservatives believe in pro-life and not abortion because it’s what they believe to be right and stand firm in that. Liberals preach to not care what others think, to be different and your own person, yet bash the first person that believes in the opposite of what they do. It just doesn’t add up.

Their attitudes tend to say, “Individualism sure, but only if we agree!”

Another way that the media can be biased towards liberals and it shows is on certain platforms. You can definitely tell that different companies and media outlets are swayed either way. For instance, it has always been said that Fox News is a more conservative platform and CNN is a popular place for liberals to find their political facts and information. We will without a doubt gravitate towards what we want to here. Always. There is no question about that.

I am an independent voter, but I do sway more towards the conservative side of the fence due to personal choices and beliefs and that is okay. However, I tend to read both sides of the political spectrum to understand why people think the way that they do. Competing and participating in pageants, particularly through the Miss America and Miss Georgia system, I have had the opportunity to be interviewed by panels upon panels of judges. All have been different and have shared different beliefs concerning politics. I have been asked a myriad of questions about where I stand all the way up to asking me who I voted for in the last election.

Now, to some, this is too much but I understand wanting to know the political beliefs of the women who will potentially be a representative for our country as Miss America or even our state as Miss Georgia. Although political views are usually kept private, being confident and backing up my thought processes has been a good experience for me. I learn to think level-headedly about what I believe in and who I support, and I am able to defend my answer to any question because of pure facts. That’s the kind of political education we should be taught in school.

We should be taught to read through the websites and articles that use slang terms that push a bias, as CNN has recently used with Trump. They recently stated that “Trump slaps tax on imported solar cells and washing machines”. No this isn’t major, but to use the term “slap” with Trump’s name is a negative connotation.

Reading through these it’s very easy to see where liberal bias plays a huge role.

It’s ironic to me that in a world that encourages so much “individualism” and “uniqueness” ( a quite liberal world) that through every form possible platforms are still pushing their opinions and beliefs on others. It’s truthfully upsetting. There have been so many people that have preached about being disrespected but are the first ones to disrespect other people! It is crazy to me. So, with that being said, yes, it is easy for all of us to be bias in our own ways and forums.And no, I cannot speak for every liberal or forward-thinking person because not every liberal, or Republican for that matter, is about showing out in ridiculous acts. The media the way it is today, liberals have become so abundantly clear that they do not like the leadership in our country and the thing that is also so clear. Quite frankly annoying, is that they cannot take the backlash of what they dish out to others.
Report this Content
This article has not been reviewed by Odyssey HQ and solely reflects the ideas and opinions of the creator.