ALL US Mass Shootings Since 2010
Odyssey

ALL US Mass Shootings Since 2010

Gun violence is a reoccurring problem the United States has yet to fix. 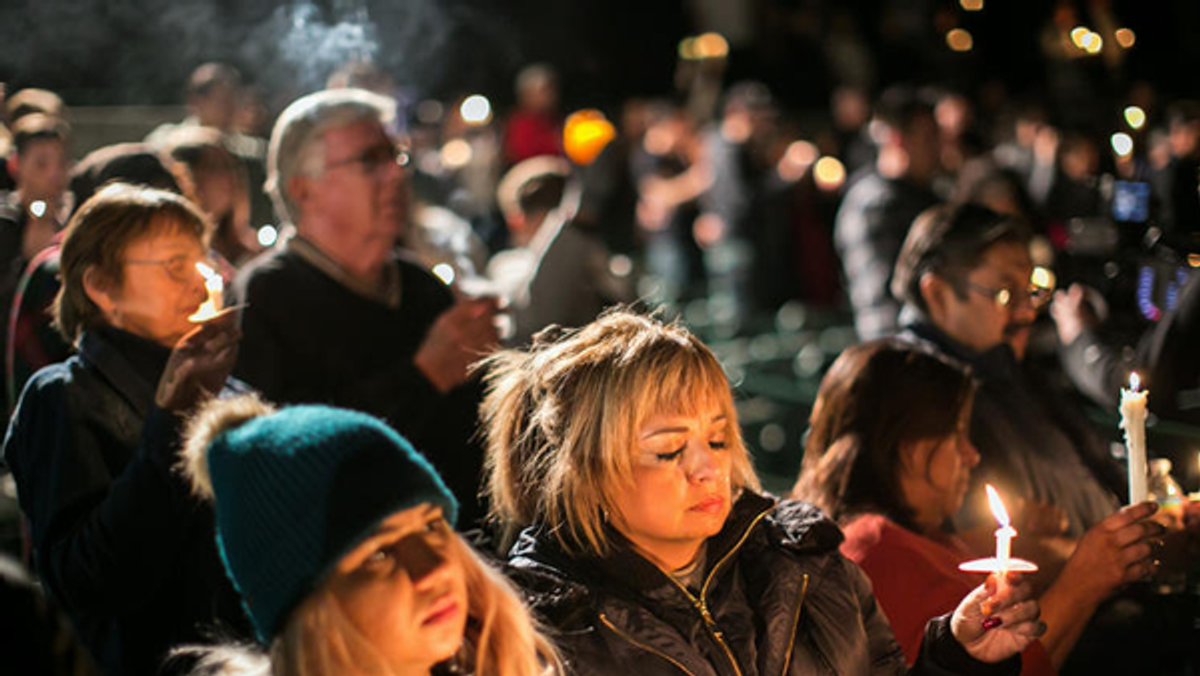 For some reason, the United States of America continues to face the issue of gun violence regardless the fact that we are a nation who has overcome so many worse battles. Below is a list a few of the mass shootings in the US that occurred since 2010:

A 45-year-old old neurobiologist and assistant professor, Amy Bishop, shot and killed three people at a biology faculty meeting at the University of Alabama in Huntsville. Bishop's action resulted in a life sentencing in prison.

Thirty four year old Omar S. Thornton came out from a disciplinary hearing in Manchester and began shooting. This then resulted in the man not only killing eight people at the family-owned distributorship but him then killing himself also.

Twenty two year old Jared Lee Loughner allegedly shot an Arizona Representative, Gabrielle Giffords, in a Tucson supermarket while a meet-and-greet with constituents was being held. Six people were killed while 11 others were wounded.

Forty one year old Scott Dekraai allegedly became angry over a custody battle which resulted in him apparently walking into a crowded hair salon in Seal Beach where his former wife worked and he then opened fire. The act resulted in eight people dead and one critically wounded. Scott Dekraai then pleaded not guilty.

Forty three year old One L. Goh, a former student at a small Christian college in Oakland, allegedly opened fire in the middle of a classroom. Goh was charged with seven counts of murder, considering he killed seven peopler, with special circumstances and three counts of attempted murder since he left three people critically injured.

Twenty four year old James Holmes was taken into custody at a parking lot outside of a movie theater in Aurora, Colo after a post-midnight attack. The man allegedly entered the movie theater through an exit door half an hour into the movie release of "The Dark Knight Rises" and then faced charges in result to twelve murders and fifty eight injured people.

Wade Michael Page fatally shoots six people at a Sikh temple before he is shot by a police officer. Page, an Army veteran who was a “psychological operations specialist,” committed suicide after he was wounded.

Page was a member of a white supremacist band called End Apathy and his views led federal officials to treat the shooting as an act of domestic terrorism. He had been administratively discharged from the Army in 1998 after being demoted in rank.

A gunman killed three people and injured sixteen in Fort Hood, Texas, where there first was a deadly rampage in 2009. The gunman died at the scene.

Twenty two year old Elliot Rodger spent thousands of dollars in order to properly arm and train himself to murder as many people as possible during a vigorously planned attack agains the Isla Vista community in 2014 (according to a report that was released by the Santa Barbara County Sheriff’s Office). The man killed six people before committing suicide.

Nine people were killed at a historic black church when Dylann Storm Roof attacked nine people and injured three. The shooting resulted in the man being charged with not only nine counts of murder but also three counts of attempted murder.

The suspected white supremacist started firing on a group gathered who he previously prayed with at the church. He was arrested in North Carolina after fleeing the scene.

Twenty four year old Mohammod Youssuf Abdulazeez opened gunfire on two military centers that were more than seven miles apart which then killed four Marines and one Navy sailor. The man first shot dozens of bullets at a military recruiting center and proceeded to drive to a Navy-Marine training base where he once again opened fire and was then killed.

Twenty six year old Christopher Sean Harper-Mercer opened gunfire in his new home state where he shot and killed eight students and a teacher at Umpqua Community College. According to officials, the individual was described as a '“hate-filled” individual with anti-religion and white supremacist leanings who had long struggled with mental health issues' even though he legally purchases all fourteen weapons he owned. The shooting resulted in the man killing himself after exchanging gun battle with police.

Police named Robert Lewis Dear as the prime suspect in the Planned Parenthood clinicattack where a gunman entered and started firing. Three parent who had accompanied friends to the clinic were killed.

A married couple killed fourteen people, injured twenty two people and were then killed in a gun battle with police in San Bernardino, California. They U.S. citizens had a big collection of ammunition and pipe bombs not only with them but also in their Redlands home. It was never told what the other weapons were planned to be used for.

As the story continues to develop, it is believed that fifty people died and fifty two people were injured during a mass shooting attack which took place inside a gay club in Orlando, Florida. It is said that the gunman was found to be heavily armed and although he was killed at the scene, officials have yet to find out his reasoning for the shooting; before attacking the club, sources say the gunman's initial target was Disney World. A shooting also occurred about a week prior to this event, where mostly gays attended, but the gunmen's motives are not said to have any relation yet.