An analysis of her goals when writing and seeing how far we've come since then. 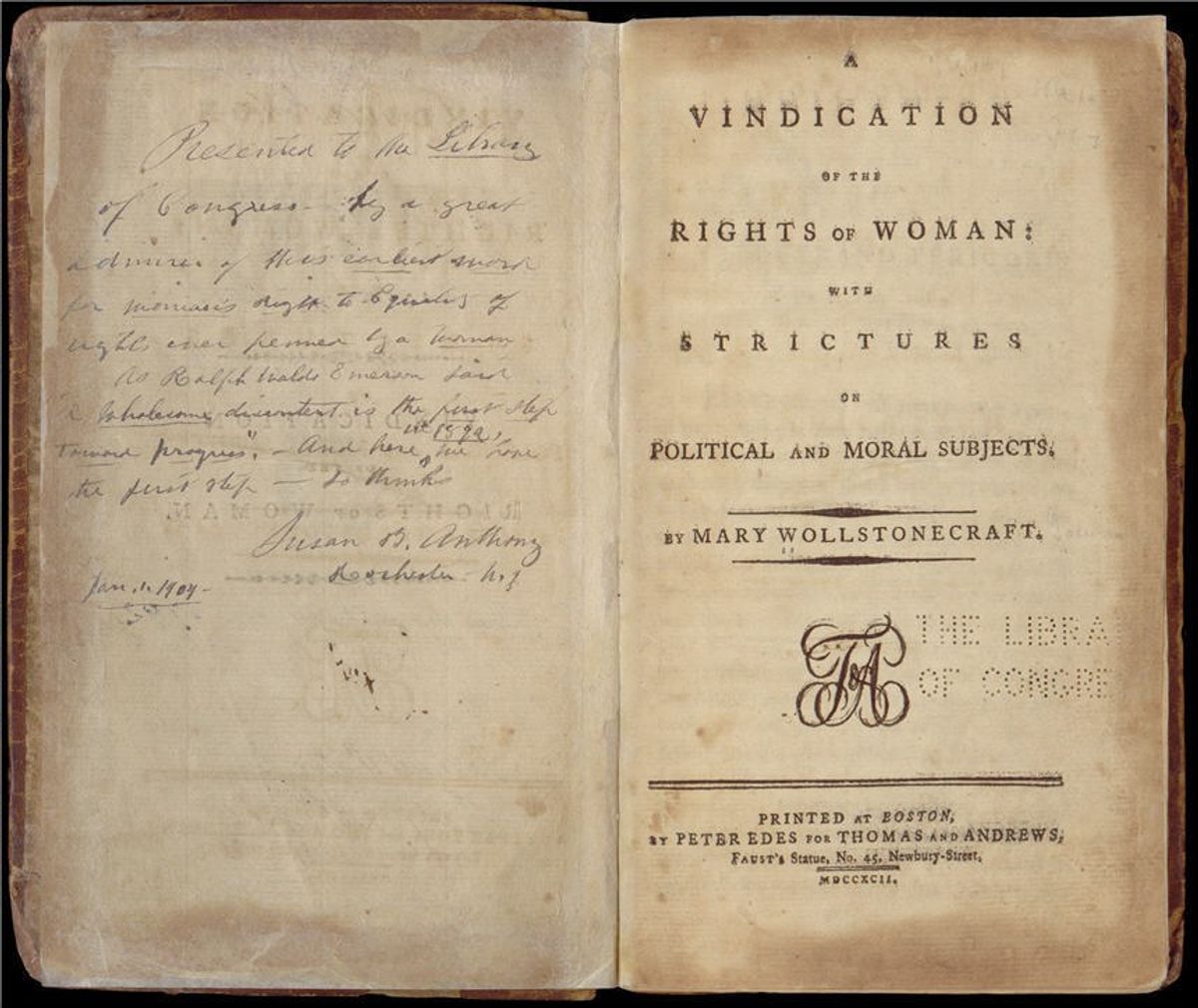 Mary Wollstonecraft on the Modern Woman: An observation and comparison using her own language

When Mary Wollstonecraft was writing her “Vindication of the Rights of Woman”, the French Revolution was just getting into full swing. She pulled inspiration for the changes and observations she made on society from the freedoms and accounts of the changes in France. Now, nearly 260 years later, I thought that it might be time to look over the state of our society when it comes to women and see how far we’ve come. What changes have been made? Are they for the better? Would Wollstonecraft approve of the changes that have been made in society? I’ve been obsessed with Mary Wollstonecraft’s theories of society towards women ever since I first read her, and I thought it was high time I answered some of these questions for myself.

The main issues discussed in “A Vindication of the Rights of Woman” focused on women’s status in society, their upbringing, education, and portrayal by men. She spent entire chapters on these issues, and I will try to convey her themes as best as I can.

First, there was the status of women in society. Women in the 18th century were still confined to the home and prevented from doing any labors outside of running the household. An observation of the state of most homes revealed that, due to their restricted upbringing and lack of education, many women were not physically or mentally capable of running a household. They were raised without an exposure to reasoning or logic, so they ran their homes without reason and logic, basing everything on a whim.

Second, the state of women’s education was virtually non-existent. Women were raised by the women in their family, prevented from any physical exertion and any activity considered to be “unladylike”. This means that all they ever knew was how to gossip, sew, and raise children. This proved to be a handicap for them, however, as they lacked the reasoning skills to run the home due to a crippling education imposed on them by a male-oriented society. Basically, women were taught how to be womanly by men who were looking for specific qualities in their women, namely being uneducated and thus easy to control. Any women that had an education was shunned as undesirable to men and shunned by women who did not wish to seem undesirable by association.

Thirdly, Mary was concerned as to what this meant for society as a whole, not just the women in it. Since women were the driving force in a household, handling its maintenance, the raising of the children and the like. The inadequacies that were bred into them at an early age by the other women in their life, in turn, produce a continuous stream of girls that follow their mothers and boys that follow their fathers. Basically, society was at a standstill, due to men working too hard to keep women down, and their “successes” were proving equally harmful, if not more so, to their creators.

This stagnation was what had Mary so worried, and why she was calling for a complete overhaul of the way society, government and education worked. For Mary, it wasn’t enough for women to be included in a male dominated system. The system needed to be dismantled and rebuilt with men and women in mind. The reason for this was that the government and education systems were reliably creating corrupt and brutal men. If women were simply thrown into the mix, two things could happen — either the men destroyed the woman with prejudice, or a woman just as broken as the men would be corrupted, benefiting nobody. Mary’s main goal is the betterment of all society, for men and women, and in order for that to be achieved, it requires a system designed to encourage the growth of virtuous men and women.

The Modern Woman in Society

This may not be as long as the explanation, but with the crash course in Wollstonecraft, the points made should make more sense to the reader. It will follow the same layout as the primer, pointing to what has changed and identifying if it be a positive or negative change according to Wollstonecraft.

First, the status of women within society, as compared to the men around them. Right off the bat, people can point to how men and women, on paper, have equal rights. This is obviously a huge step in the right direction, but it is far from the ideal solution. The immediate problem with this is that while equal rights may be a law, it is tricky to enforce this, especially with regard to the wages they earn. Women, in general, make less than men, are more quickly judged as being capable or incapable of things, and are regularly forced to prove themselves to the men before they are accepted in any real capacity. It is no longer exclusively women that run the household, now that men are more involved, usually, with the parenting and maintaining of a home. There are even many instances of the father staying home while the wife works. While there are still toys that are obviously targeting boys or girls exclusively, both are free to play however they choose, resulting in boys and girls with a wider range of ideas and exposures when they begin their formal education.

Second, the education of women. Nowadays, there are very few institutions that offer a gender exclusive education, with boys, girls, men and women being mixed together in the classrooms. The way Mary saw it, the education of both genders together would provide each of them a unique perspective on the topic and allow them to learn from each other in a way that separate classes simply can’t replicate.

While there are still colleges that cater specifically to men and women, most are required by law to include all genders. Since both mothers and fathers tend to be more involved in the raising of the children, they are already exposed to a decent amount of thought from both sides. Women are still educated incorrectly by the media they are exposed to. Men and women alike are fed a steady diet of what to think by advertisements, movies, and the like. The majority of their portrayals make women appear unrealistic in one way or another in proportion, attitude, or temperament, revealing that men still have a say in how women see themselves and how they are seen.

Thirdly, the implications of what this means for society as a whole. While we have certainly advanced since Mary’s time, in science, technology, and every other field, I believe that we are still far short of what Wollstonecraft proposed. Yes, women can work, vote, and even run for the presidency, and I believe that Mary would approve of these things, but not the society that they are happening in. Across the world there are still many countries, entire pieces continents even, that are male-centric. In America itself, with the recent election and Hillary Clinton’s candidacy as the Democratic candidate, it is a small victory for womankind, but the prize itself is still flawed.

Society as we know it today is still male dominated in everything from government to business to entertainment. Women are present in all of these fields, yet the men still control the lion’s share. There are still changes that can be made in our world to make it better, for men and women alike. Mary Wollstonecraft would say that the best way would be to carefully rebuild it with both men and women in mind, having both know their proper place, and for there to be no more conflicts of capability due to gender. This sounds like a pipe dream, but it only took us 265 years to make it this far. I think we’ll make it eventually.

For further information on Mary Wollstonecraft as a writer, woman, and societal theorist I recommend reading the book I have been drawing from.