Making Friends Is the Hardest Part Of Going To College

Making Friends Is the Hardest Part Of Going To College

As an introvert, endless introductions and small talk are just overwhelming. 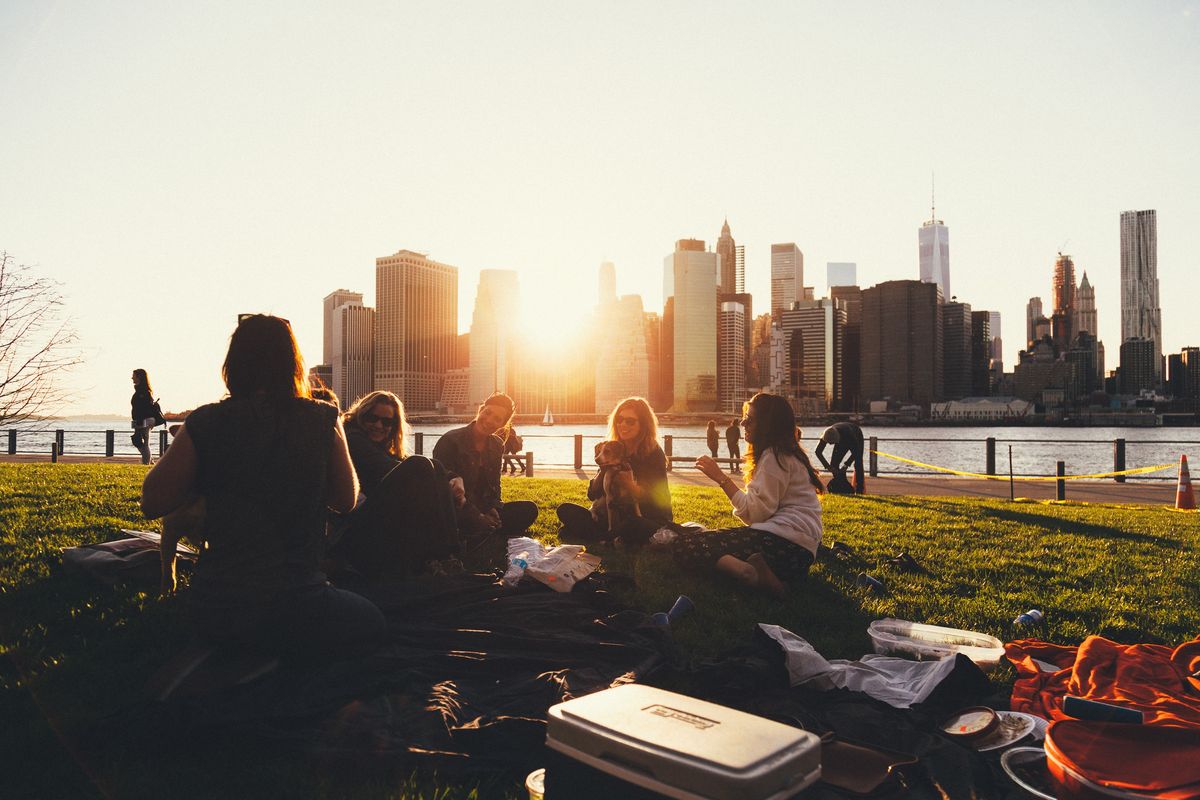 When I arrived at college, I assumed making friends would be easier. Maybe that was silly.

I am not an adventurous person by nature. I am also an introvert. Maintaining relationships is hard enough for me, but making them is so much harder. And at this point, I’ve exhausted my capacity for grinning through awkward introductions with whatever random kid ends up within a five-foot radius of me.

In the event that another lone person gets into my elevator, my strategy is to avoid eye contact. Thinking of semi-flattering ways to describe myself to groups of strangers—especially when currently, my only hobbies are homework and whatever I can come up with to procrastinate on homework—is torturous.

One month into college, I don’t know where one finds friends. I was told to look in my classes, but on the first day of those, sitting amongst a hundred other sleep-deprived kids just trying to survive the already looming midterm, that idea faded. The club meetings I went to—another suggestion for locating like minds—were intimidating enough without the pressure of trying to impress the people near me.

Frankly, I don't have the courage or the emotional strength to keep voluntarily throwing myself into situations where rejection and disappointment are inevitable. After all, sometimes you just aren't compatible with a new acquaintance—and even if you are, in a massive school like mine, there’s no guarantee you will encounter them again without doing it on purpose. (And sending out that text is yet another risk.)

I wasn’t always so cynical about connecting with people. During Welcome Week, I imagined every chance encounter with another NYU student was fateful. I daydreamed that someday, I would look back on a school-sponsored activity and be thankful I participated, because that was where I happened to sit next to my lifelong best friend. Each time I introduced myself, I mentally crossed my fingers that we would get past the obligatory “where are you from?” and “what are you studying?”

I wished on passing students in the park or other kids in my residence hall like fallen eyelashes or shooting stars. But it's just not practical to place so much hope on every person I see.

The path to friendship is a complicated one, especially in its early stages. Before you know for sure if someone likes you, or if you like them, nothing is certain. If you hang out with someone once or twice and you guys only talk about your mutual loneliness, does that count as a friendship? Would I seem clingy if I used “friend” to describe someone I only see twice a week, and only because of class? At what point can you ever use the word friend without being too forward? And how long do I have to wait before swearing for the first time, or bringing up my political views, or speaking mostly in sarcastic one-liners?

All this uncomfortable posturing and uncertainty about labels reminds me of dating; I am looking for The One, after all, and on my best behavior until I find them. I'm even dreaming up cute meetings. Except I don't really know how to weather the ups and downs of dating. I started going out with my boyfriend four years ago, in the second week of our freshman year of high school, and that was that. Easy.

By contrast, it's been a long time since I had a female bestie. In high school, I was part of fairly tight-knit group, but everyone was equally friendly with everyone else. If you asked me to name my “best friend,” I would have been stumped. That was a perfectly good system, but according to pop culture, every girl has a clearly-defined BFF. So not only did I show up on Move-In Day expecting to make friends, I expected to at last make The Friend.

Of course, it was unrealistic to assume that I would immediately forge relationships comparable to the ones I have with friends from home, much less even deeper relationships than those. Intimate friendships take years to develop; I’ve been here a month.

Still, it's hard to watch those high school friends post about their new besties already. It makes me feel deficient, as if my introversion and tendency to overthink social interactions are impossible obstacles blocking me from being a normal college kid or having a normal college experience. Everyone else has found a group, or at least a person, so why can't I? Is it my fault?

But logically, I know I'm not truly alone in being alone. Social media is hardly conclusive evidence that other people aren't struggling. There are plenty of other variables, too; my experience as an introvert going to a school that is a fluid part of Manhattan is obviously very different from the experiences of my extrovert friends going to colleges with gated campuses. Plenty of adults and older students have described encountering this waiting period themselves; I know it’s fairly typical, even on normal campuses. Even for extroverts.

It just doesn't feel that way, because I’m in the middle of it. And because the narrative about college doesn’t include a footnote about how adjusting is actually pretty difficult, especially if you aren’t good with people.

So even if college really is the best time of one’s life-- the time period that produces the best, most lasting friendships-- can we stop pretending that the first four weeks of college are any of that? It's normal to have difficulty making friends. It's normal to feel lonely. It's definitely normal to hate icebreakers. And it's normal to endure a little waiting before you find the right people.