A view of Trump's presidency through the eyes of the LGBTQ community. 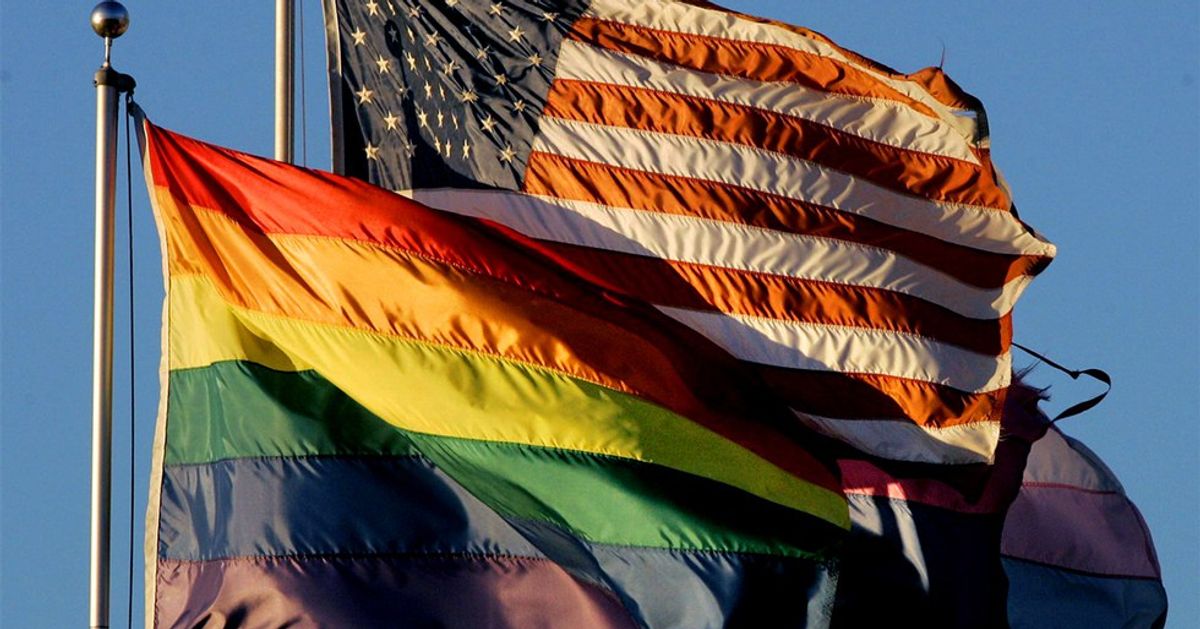 The last 4 years of the Obama presidency provided me with the opportunity to watch my livelihood, my soul, my existence, be recognized and valued. I am, quite proudly, a member of the LGBTQ community.

Today, however, I woke in fear. I’ve spent hours shaking, crying, and dreading my future.

America, what have you done? I know so many of you are Trump supporters and you are not bigots, people who normalize sexual assault, racist, or anti-LGBT, but the problem is, the leader of the free world now is. We’ve elected a man who ran on a platform that fed the worst of America’s habits. He normalized hate. He set the clock back 50 years and as a country, no one spoke out. I know that Clinton won the popular vote, and I know that the voices of approximately 200,000 people were drowned out by the Electoral College. I know that our system is backward, and trust me, I am not proud of that either. But, today, this is about so much more than that.

Today, a professor of mine stopped in the middle of handing back assignments to ask me how I was. She reached out, put her hand on my shoulder, and in that moment, mourned with me. That is compassion in its truest form, and I am saddened that it was even necessary. She asked me about my wellbeing not because I was ill, but rather because she knows that I am gay. She asked me how I was enduring this loss, because she was afraid for me, because she understands the gravity of this mistake. Today, I cried in class. Twenty of my peers, alongside my professor, saw firsthand how deeply this election has affected me. At first, I was embarrassed. Mortified. But now, I am glad. I hope that pain resonated with each and every one of them as it has with me. I hope they begin to understand that until you’ve felt the sting of being dehumanized, you can’t begin to understand the fear I feel now.

I pray that every day you will stand beside someone of color, a member of the LGBTQ community, a woman, and you will fight for that person because yesterday, you abandoned them. You voted for a man whose wishes and policies will undermine the rights of these people. You voted to dehumanize their existence, and for me, there is nothing that can justify that. Does it make you racist or hateful? No. But, it creates a life for me that I never imagined. I wish people would stop telling me that it will be okay because for so many people, Trump has promised that it won’t be. My pain, my fear, my disappointment, those are mine to carry. They are not yours, and you have no right to belittle me in a time when I am quite vulnerable.

I don’t know if this time next year I’ll be able to marry the love of my life. I don’t know if I’ll be safe in a work environment from discrimination. I don’t know if my pride will lead to unemployment, abuse, or mandatory medical “treatment.” You elected Trump, and by doing so, elected Pence. A man who openly supplies money to conversion therapy treatments. A man who called my existence, and the existence of so many others, an abomination. What you’ve done, it is dangerous. Remember, everything Hitler did in Germany was legal.

Today, and every day I will be fearful. I will mourn for the loss of respect for politics in this country, and most importantly, I will mourn for the loss of love and acceptance. I will fight for my rights as a lesbian woman, and I will fight for all of those who are having their rights questioned as well. If, one day, this article ever lights the screen of Donald Trump’s computer, I promise you this: I am not a woman you will abuse. I am not your daughter or your wife, and I am not afraid to fight. I may be nothing but a 25-year-old with a degree in political science, but I will never let you steal the rights that God supplied to me upon my birth. I will not lie back and let a man with zero political experience take my life from me.

This is Trump’s America, and nothing about it feels great.