LSU-Ole Miss: From the First Down to the Last Play

LSU-Ole Miss: From the First Down to the Last Play

Why staying for the whole game can decide this game. 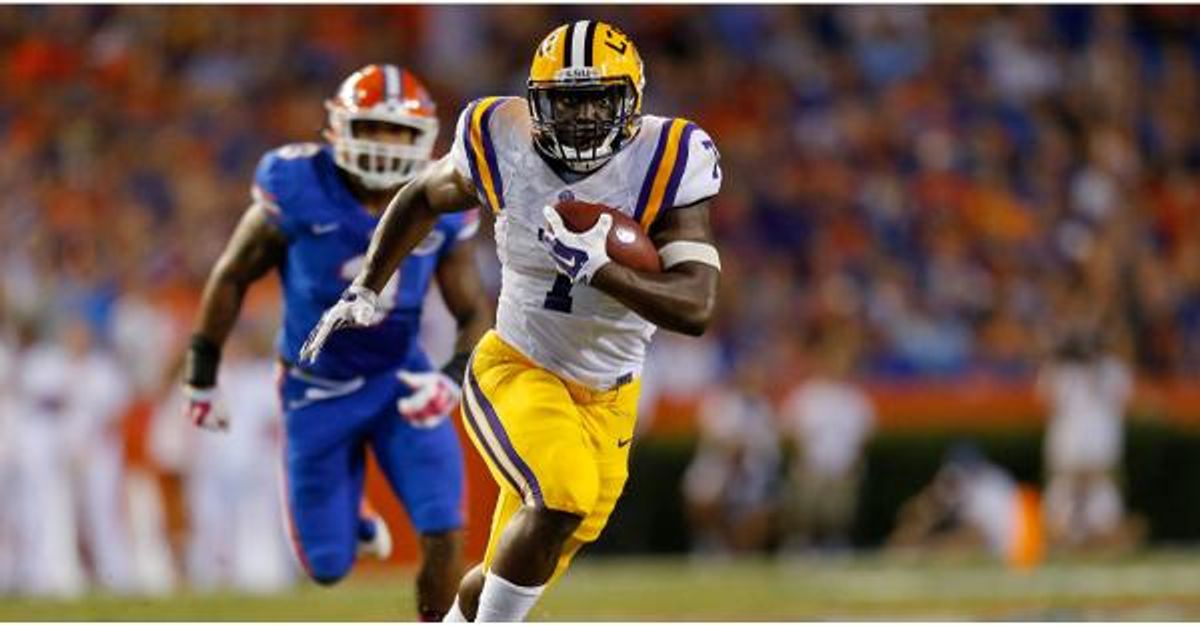 It is no secret that Death Valley is one of the most feared college venues in the entire country, but why is that exactly? If you’re visiting the campus on game day for the first time, some things might stick out to you. It may be the widespread drunkenness that originates from the parade grounds and goes all the way to Mike’s habitat. It may be the fact that you’ve found yourself at some random tailgate where some guy  who can barely speak English has a bunch of pig intestines filled with dirty rice and a whole gator on the grill. Maybe it’s the two words “Tiger Bait” that will constantly remind you that your school is far inferior.

While these and many other things come together to create one of the best college football experiences in America, there is one factor that is of far more importance. This key ingredient is the 102,321 fans that assist the Tigers in bearing down the intense hatred towards the opposing team. Tiger fans not only show LSU’s dominance by generating over 120 decibels of sound, but also by showing loyalty to the game and their team.

It's not breaking news that fans tend to leave the stadium early especially when we are either up or down by two touchdowns. This was obvious during the Mississippi State game three weeks ago, where the Tigers were down 17-3 at halftime. Watching Mississippi state score 17 points while LSU only answered with a field goal in the first half was rough to say the least. I, like the majority of the student section, pondered about leaving and returning to my cooler to finish off of what remained from tailgate.

The thought was ignored and I got the privilege of watching the Tigers score 26 points in the second half against the now number one team in the country. 19 of these points were scored in the fourth quarter, with Death Valley not even close to being filled. With the stadium being filled could LSU of pulled off another touchdown? I’ll let you decide.

On October 25th, Tiger Stadium will be the battleground for the 102nd Magnolia Bowl. Ole Miss and LSU’s rivalry dates back to 1894, and the Magnolia Bowl Trophy was safe at home in Baton Rouge from 2009-2012.  The 2013 matchup between the two schools was decided by an Ole Miss field goal with 2 seconds left in the fourth quarter.

Personally I made the long journey to Oxford that weekend only to be devastated by the close loss and. With this game being in BR, I’m feeling revenge. These are some keys reasons why Tiger fans should stay through all four quarters, regardless of the score:

2. Of the last 12 games between Ole Miss and LSU, 6 games were determined by a field goal. All of these games came down to final minutes of the game and if that would be the case for this game, having the support of the entire stadium could be the factor that gives us the win.

3. LSU has outscored its opponents in the second half by 126-44. Let me say this again: 126-44! Against Wisconsin the tigers were down 17-7 at the half and the very beginning of the third quarter didn’t show much improvement. Yet LSU came back in the fourth quarter to put up an exciting 15 points. Moral of the story: be patient. I know it can be hard with the conservative play calling and late adjustments by Les Miles, but it will pay off. Miles is 60-8 in Death Valley, so it's clear he has some sort of plan going on.

4. Miles has only had 1 season since 2005 in which he lost more than 1 game in Death Valley. The season in which Miles lost 3 home games was 2008 - the first time the Tigers were unranked under him. That year, LSU lost to No. 11 Florida and No. 9 UGA and were 6-2 going into the home game against top-ranked Alabama. The Tide won in overtime 27-21, but this shows that even the unranked Tigers at the time played at the same level as the best in the country.

5. RB Leonard Fournette has stepped up his game. Against Florida, the true freshman broke his season highs with 27 carries for 140 yards and two touchdowns. The only game he came close to duplicating these statistics was against New Mexico State. With Fournette’s running game looking good, its hard not to understand Mile’s conservative play calling.

6. You’ll have to drink more before you go into the stadium. Yeah I’m aware that this isn’t really a “key reason” you have to stay for the whole game, but it’s advice that might help with that hang over that sheepishly hits you at halftime. The oh-so important goodie box you call a cooler, unfortunately cannot come into the game with you and it’s that reason alone you might be considering leaving the game. Find an alterative solution to this problem. Even Nick Saban himself said, “I don’t know if you’ve even been LSU, but you can smell the bourbon on the 50-yard line.”