I Loved Someone Who Didn’t Love Himself. This Is What Happened.
Odyssey

I Loved Someone Who Didn’t Love Himself. This Is What Happened.

You cannot love anyone else if you do not love yourself. 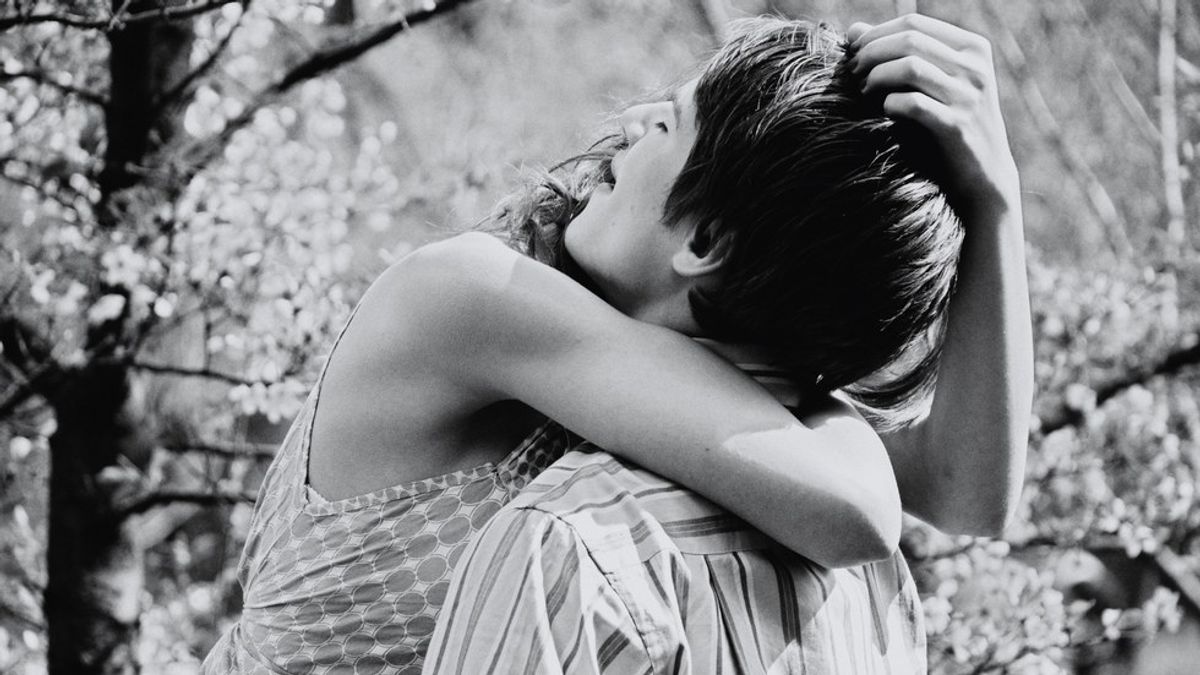 We will always want what we can’t have. It’s no surprise. There’s something very exciting about the chase and the thrill that comes with that chase. It’s the same reason the emotionally unavailable always manages to catch our attention.

I’ve always known this. Unfortunately, I don’t always listen to myself. To be clear, there is a difference between a guy who is emotionally unavailable and a guy who’s just a complete douche-bag. I struggled for the longest time figuring out which one my ex was and now I have the closure I need to know for certain which one he was: both.

When a relationship ends, there are also many other things that end besides the relationship itself. It’s the end of shared, amazing memories. The end of refreshing comfort of being around someone who accepts you for you. The end of intimacy and ease that develops between two people who have grown together not only as people, but as one. It’s the end of giving and receiving support from the person who knows you the best. For me, it was the end of a struggle in loving someone who did not love himself.

Of course, I did not know this at first. I fell in love with the way he carried himself. He was brilliant, cunning, charming and confident. His intelligence was such a turn on and he always knew what to say or do - without knowing it. Over the course of our relationship - something neither of us expected to be emotionally invested in, we grew to love, support, and appreciate each other. Maybe we didn’t love, support, and appreciate each other the way we were supposed to (we definitely took each other for granted), but it was still love, support and appreciation we will both cherish for the rest of our lives.

We shared the best moments and memories that we will never be able to get back. More importantly, secrets we would never share with anyone else. My love for him grew more and more every time he opened up to me and shared a part of him that (I thought) nobody would ever get to know. I loved him when he was down as much as I loved him when he was happy, if not more. His pain was my pain, and his insecurities became mine.

Slowly but surely, I had to realize that it was taking a toll on me.

Was he carrying a lot of baggage? Is he still holding on to a past love? Is that why he parties and smokes until he can’t feel anything? Different people react to a broken heart differently. Some will lash out at the world, unknowingly, and punish their livers and overall physical and mental health by partying and sleeping around. He told me he didn’t want to be exclusive because he likes the attention he gets from attractive women, even if they don’t mean anything to him. There were no rules for me to follow when I realized he had a problem. Several problems, actually. There were no rules for what to do when his idea of fun was passing out from taking a lot of drugs. I was blinded by the idea that he just wanted to stay in and spend his nights with me. There was no script for me to follow to calm him down when he would snap at me, blame it on me being temperamental, and then manipulating me into apologizing for who I am as a person.

I found myself constantly complaining about how he never took me or our relationship seriously. I knew that it wasn’t that he never would or he would never be capable of it, but the chances of him screwing up and hurting me were always higher than average. Was he feeling lost and confused? It seems only plausible that such a guy would be more likely to cheat, to lie, to be egotistical and, from my perspective, heartless. Cue the insecurities.

He always wanted space. I thought I was being really needy, but he was always pushing me away. The emotionally unavailable are fighting a continuous battle, trying to first understand what happened to them, why they feel the way they feel and why they can’t feel the way they wish they could feel - the way they once felt so effortlessly. Once I realized this, I knew he needed time to take a step back, spend time with himself and introspect a bit. This is why dating him was so difficult. At first, I got tired of his apparent lack of interest in me and in the relationship. But over time, as I grew to love him and feared losing him, I became addicted to the feeling of wanting him each and every time he pushed me away. I spent our entire relationship hurt.

I listened to him speak about the pressures he was facing with his family, work and in life. My heart would ache each time he talked about his goals and aspirations but then constantly coming up with excuses as to why he couldn’t be where he wanted to be. I reminded him of my theory, of his apparent emotional pain he did not want to admit to. Why else was he withdrawing and pulling back?

We struggled with communication almost daily. It can be difficult to communicate with a self-loathing partner if he insists on reading the worst into things you say because of projecting his own feelings of inadequacy onto you. He was always rejecting my help when he clearly needed it, and this was extremely hard to stand by and let happen, especially when I strongly believed that I could have helped if he would only let me. Unfortunately, towards the end of our relationship, it began to feel disheartening to care for someone who does not care for himself. After a while, I started to feel like my efforts were wasted. I spent so much time and energy trying to boost my partner up, and he tried just as hard to tear himself down again.

You cannot choose who you fall in love with. I loved him through every dark night and in the shadows of his days. It wasn’t about wanting something I couldn’t have anymore. It wasn’t about trying to fix him or change him. This was a man I fell in love with (all and every part of him), who couldn’t realize his potential and be the man we both know he can be. Yet, with all the love I had for him, and all the love that he returned to me, he could not translate any of it into love for himself. I thought, when you love someone who does not love themselves, you have to love them enough for the both of you. And that, in all honesty, became my crutch and lifeline and began to take over and blur the view of the relationship for the both of us.

He told me he could never understand why I loved him so much. It was overwhelming. Maybe he didn’t feel like he deserved it. It was truly heartbreaking. He was blocking the light out and, in turn, blocking all hope out. He was always testing me.

I learned that this relationship was not only toxic but wasn't what love is supposed to be. The thing about love – reciprocal, intimate, lasting, nourishing, fantastic, gorgeous, exciting love – is that it requires that both parties believe that they deserve to be there. It is impossible to participate wholly in a relationship with another person when they feel the need to have everything go their way.

It became a constant battle for me. I wanted to be strong and patient for him. I was the strongest and most patient I had ever been with anyone in my life. But, I had to realize that he was taking me for granted and the only way he’d really ever learn was when he didn’t have me anymore. I had to look out for my own well-being as well. I may have had derived immense satisfaction and fulfillment from helping him, in addition to the love and joy that he would give back to me. But, I found myself sacrificing too much of my own well-being in service to his needs. In result, feeling neglected and suppressed.

It came to and end on a cold Sunday night when we realized what we were doing to each other. I knew it was for the best because he has so much he needs to work on personally and I believe that everything happens the way it’s supposed to. I left our relationship confident and not as sad as I thought I would be because I know this: You really cannot love someone until you love yourself first. Other people's failure to love themselves should never make you forget to love yourself.