A Love Letter To Silenced News Networks
Odyssey
CurrentlySwoonLifestyleHealth & WellnessStudent LifeContent InspirationEntertainmentPolitics and ActivismSportsAdulting
About usAdvertiseTermsPrivacyDMCAContact us
® 2023 ODYSSEY
Welcome back
Sign in to comment to your favorite stories, participate in your community and interact with your friends
or
LOG IN WITH FACEBOOK
No account? Create one
Start writing a post
Politics and Activism

My industry is being attacked, but we will not bow down 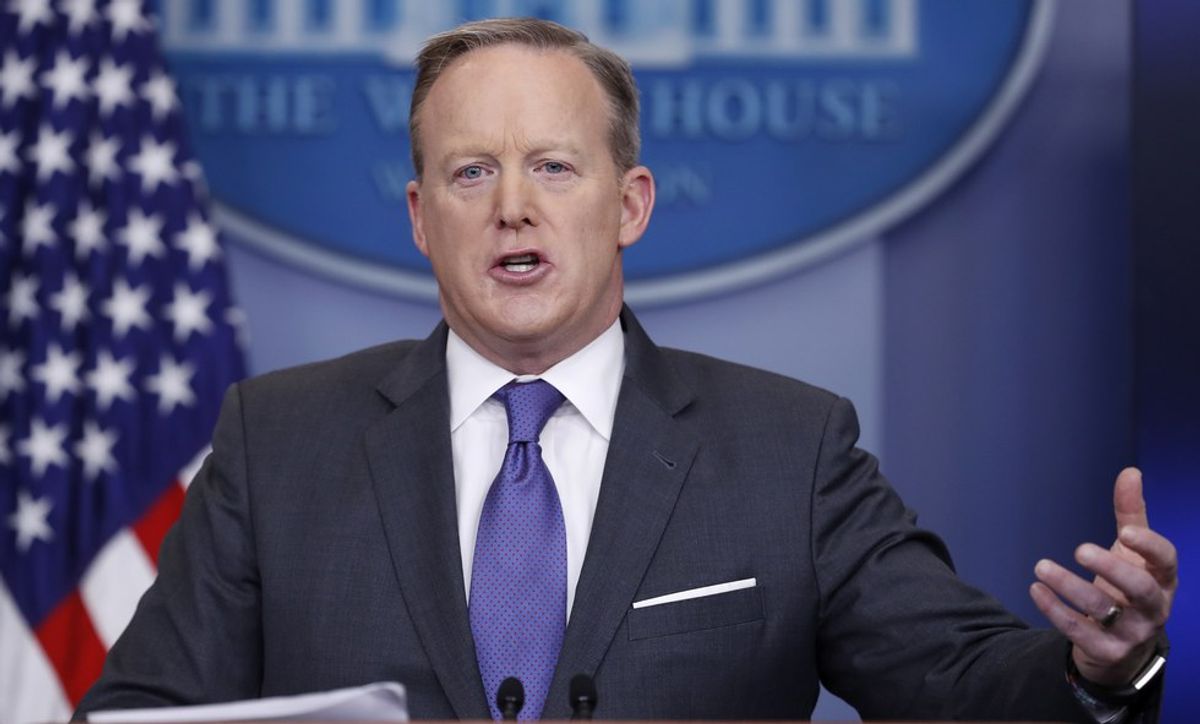 I love you for being the kind of organizations Donald Trump’s White House opted to ban from a press briefing.

Regardless of what Donald’s White House has attempted to press, the best solution for America is not to get information directly from the President. It is to get that information from a free media that vets and analyzes it through a funnel that values honesty and transparency. We should not, as Bannon so lovingly put it, keep our “mouth shut and just listen for a while."

Ever since Trump’s election, I have been seriously doubting the future of my career in journalism.

When I exit college in four years, will there be a free media for me to enter? Will reporting still be the dignified career I fell in love with? Will I be able to produce material that will inspire others in the business and make my family proud of my unconventional career choice?

I’ll admit, some of that doubt stemmed from some of the media’s handling of the presidential election cycle. Treating Trump like a celebrity rather than a candidate propelled him to the top right under our noses, and pretending that Clinton and Trump were somehow equal in areas of corruption or blatant lying was fairness for the sake of balance, not actual honesty.

However, I can see that in the wake of his election, all of you are desperately trying to make it right. And that makes me proud to declare myself a journalism major, proud to discuss my career ambitions, proud to embark on a career path that I love even though it has historically been dangerous and challenging, because we dare to question those in authority and keep them in check, something our newest president has been desperately trying to undermine.

I am begging of you, keep doing whatever it is that got you banned from that conference. Keep reporting the real news, even if it is dismissed by an oversized toddler in the Oval Office as being “fake” simply because it calls him out for who he is. Fight for democracy, fight for the first Amendment, fight for the America that Trump claims to be putting first.

These next four years will go down in history as one of the major turning points of modern civilization. People are going to reflect on it and wonder on how with so much historical precedent to warn us against it, how we as a country elected a man displaying fascist behavior from the beginning of his candidacy, how he had supporters through every lie, scandal, and misstep.

You are going to be the hope of those history chapters. Those who fought back, who refused to buckle, the ones who until the paper and pen was literally ripped from their hands, spoke out against the transformation of the country they loved into something they didn’t recognize.

The first thing to go as a democracy becomes a dictatorship is the freedom of press. It is the removal of the people’s right to speak out against tyranny, oppression, and falsehood. There is no country that is truly free without a free, functioning, unbiased media, and Donald Trump knows that. He knows we are a threat.

I wrote in an article a few weeks ago that Trump had not yet moved to strip critical media outlets of their rights to report. Starving them of information is a step in that direction, and we cannot let it keep moving forward. We have to fight back, hard, and now.

Thank you for inspiring me to continue doing what I love, and fighting to make sure what I love will still be around when it is my turn to fully participate.