Meryl Streep Just Made An Overdue Call To Action For Journalists
Odyssey
CurrentlySwoonLifestyleHealth & WellnessStudent LifeContent InspirationEntertainmentPolitics and ActivismSportsAdulting
About usAdvertiseTermsPrivacyDMCAContact us
® 2023 ODYSSEY
Welcome back
Sign in to comment to your favorite stories, participate in your community and interact with your friends
or
LOG IN WITH FACEBOOK
No account? Create one
Start writing a post
Politics

Meryl Streep Just Made An Overdue Call To Action For Journalists

Journalism is in serious danger in the United States, and its biggest proponent just became Meryl Streep. 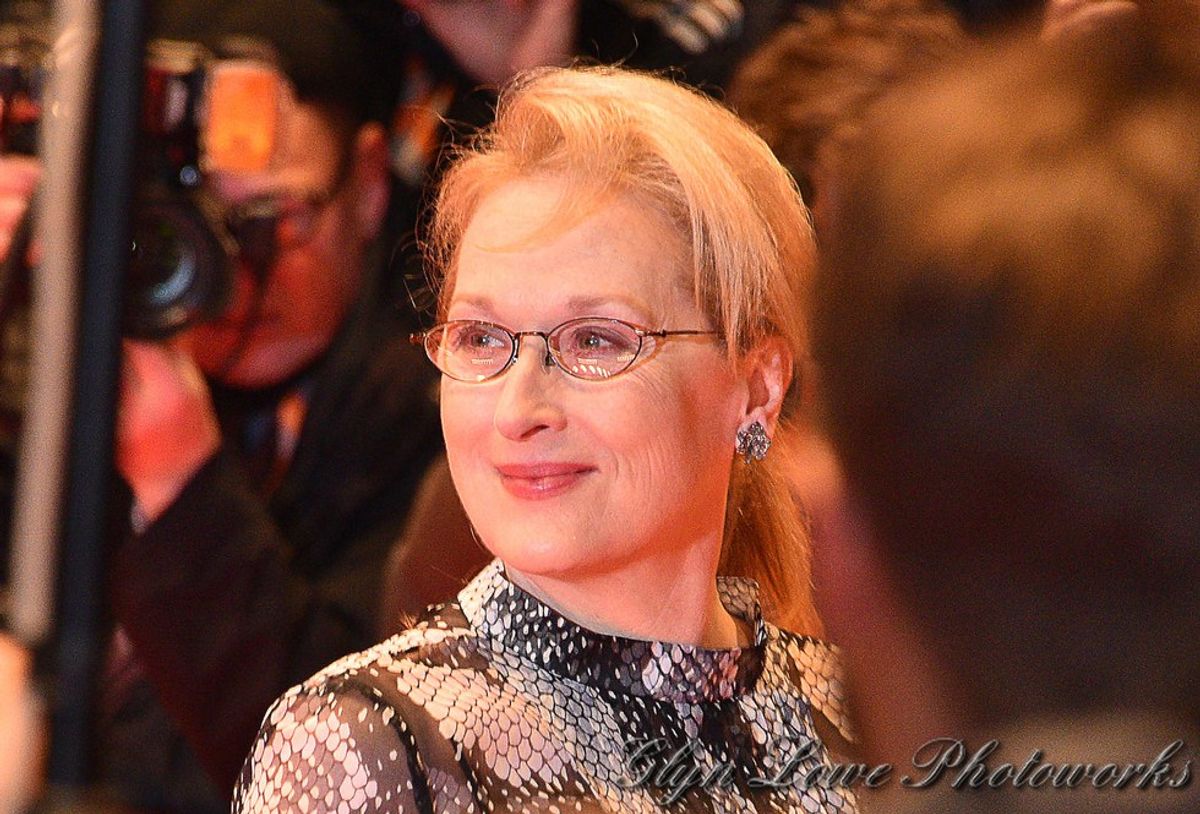 Actress Meryl Streep, while accepting her Cecil B. DeMille Award for Lifetime Achievement at the 74th annual Golden Globes awards, said "We need the principled press to hold power to account, to call them on the carpet for every outrage."

In a time in which Streep could have looked back on her impressive and graceful career, or thanked the people in her life who elevated her to success and growth as an actress, she used her stage to address President-elect Donald Trump instead. She started hammering down on both his appalling actions against the vulnerable people in our society and his slow yet deliberate attacks on the validity of the free press.

“But there was one performance this year that stunned me. It sank its hooks in my heart, not because it was good, it wasn't – there was nothing good about it," Streep continued. "But it was effective and it did its job.”

Streep then described the incident on the campaign trail in which Trump mocked disabled reporter Serge Kovaleski.

Trump immediately fired back on his preferred communication platform, Twitter.

This newest rant follows Trump’s disturbing pattern. In order to distract from legitimate criticism of his character or policies, he blurts out a blatant lie and then blames the circulating story on “dishonest media.”

He has been discrediting hard-working journalists for daring to criticize him from the beginning of his run for political office.

As Streep correctly points out in her speech, the freedom of the press is one of the cornerstones of this nation. Even though Trump has not yet attempted to strip newspapers or TV stations that refuse to bow to him of their rights, discrediting them constantly and viciously is just as effective and dangerous. He has managed to convince millions of devoted followers that the media is dishonest, that the media are conspiring against conservatives, that they are making up stories to discredit him and his brand and that he is the only one the people can trust.

Trump only throws his support behind news sites that support him, like FOX News and Breitbart. He demonizes the rest. Hardworking journalists, dedicated to exposing the truth, are seeing their findings dismissed as false because they go against Trump’s narrative. There was a time in the United States when rallying against a leader and forcing him or her to answer for their lies was seen as brave and just, not a secret conspiracy funded by the “enemy." At this point, his view of the media has become synonymous with everyone who doesn’t praise him, liberal or otherwise.

As Lee Hamilton states in the Global Investigative Journalism Network, "our system rests on citizens’ ability to make discriminating judgments policies and politicians. Without the news, information and analysis that the media provides, this would be impossible."

The incident Streep targeted is a perfect example. Regardless of the fact that there is video proof that Trump knew the reporter and was well aware of his disability. He has never made the motions he did that day again as normal hand motions for emphasis, Trump continues to assert that he never mocked Kovaleski, and anyone claiming he did is demonized as "fake news."

To be clear, fake news is an actual problem. The issue now is that the rise of fake news has caused people to dismiss actual, verified journalism as well.

"Fake news, and the proliferation of raw opinion that passes for news, is creating confusion, punching holes in what is true, causing a kind of fun-house effect that leaves the reader doubting everything, including real news,” wrote in The New York Times in Dec. 2016.

Coupled with the danger of fake news is Trump’s clever way of bypassing journalists: social media. Trump has taken the step of delegitimizing major news media, effectively isolating them. Now, he can communicate directly to his followers on Twitter, cutting out the middleman that serves to verify claims. Trump has a direct line to the American people, nobody is checking it for weak spots, and the people who try are being ignored or vilified. People are eating these tweets up without a buffer to tell them what is true and what is false.

There is no free democracy without a free press. The inability of people to hold their leaders accountable on a larger scale than the individual Facebook post allows a leader to run a nation into the ground while ensuring the public that they are doing the opposite.

Credible, hardworking journalists invested in the craft cannot allow themselves to back down. Do not grow afraid of criticism; do not give Trump a free pass out of some faux respect for the office he holds, as he clearly does not respect it himself.

Expose every scandal and statement. Use words like "false," "lie," "misled," etc. when they are applicable. Do not just state what he said; clarify the meaning and call him out when he or any of his inner circle blatantly lies to the public. Do not rely on clickbait and sound bites and expect the American people to figure things out for themselves. Journalists are there to inform the public, which today means putting information into factual context.

We need to do our job, because if not, Donald Trump will do it for us, and the entire country could suffer as a result.