How Love Can Blind Us To A Point Of No Return

How Love Can Blind Us To A Point Of No Return

"You're lucky to be with me, who else would want you" 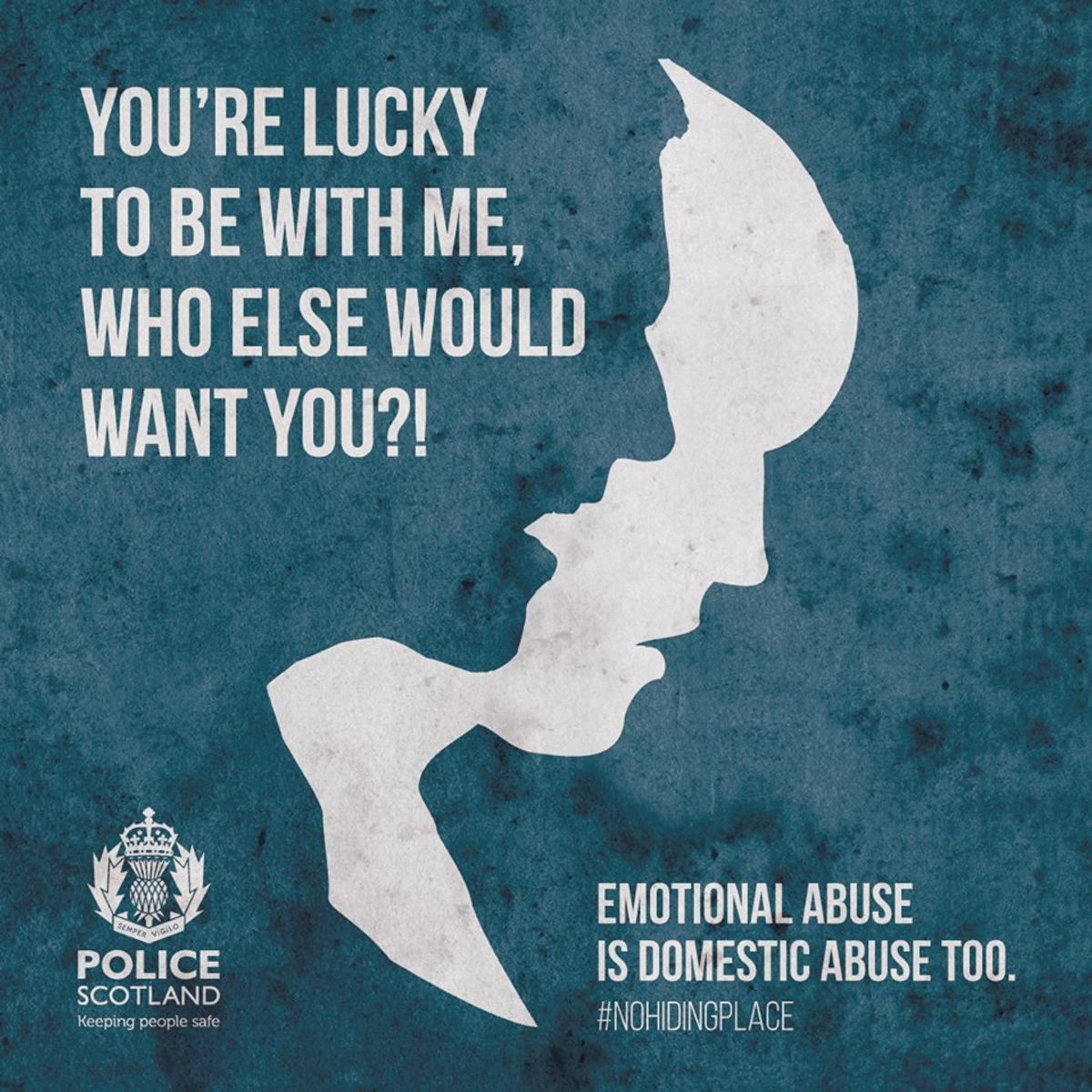 Just know that this heart ache will pass. That every storm has a calm, and that every heart mends itself back together, one small step at a time. Not every single love story pans out the way you would like. Not every kiss will be like a fairytale, and no word he says to you should define who you are.

“You’re worthless” he says, as it rolls off his tongue like he has been waiting to say that for forever. He only touches you when he needs some reassurance, he only calls you when he’s drunk, he only wants to know if you’re safe because he wants to see you that night. “Come over, my parents aren’t home”, he texts you with a smile emoji and a kissy face. But as soon as you get to his home he dismisses you and treats you like the house dog.

I wanted to tell you about him. I wanted to tell you the way he treated you was blinding you; that your version of love was getting so messed up. Your love goggles were blurred and your heart was ripped in half. Emotional abuse, sometimes verbal abuse, were all breaking you down. Anxiety, break downs and long lonely nights brought you to the end of your rope. But then something happened; you realized you deserved better. You called me, you told me how nothing was the same, you finally were seeing him for who he was. From the late night texts, you had moved on.

You had finally calmed the storm. You had conquered the fear you never thought you could get over. You tore off the bandaid, acted like the person you needed to be/always had been and finally were standing up for yourself. You could see right through his flaws, you started to pick up on the verbal abuse he was pushing on you and started to say “NO”. You started to branch out and meet new people, learned what true admiration was, and started to love yourself once again. And I can't tell you how proud I am of you.

For those of you struggling to find the strength to say "no" or are unsure of what to do, here are signs you’re getting emotionally abused and need to move on for your own happiness.

1. They put you down (constantly).

“You never like to do anything fun anymore. Where’s the old you?”

2. They tell you you’re being dramatic or “too sensitive” when you stand up for yourself when they hurt you.

“Shut up, you’re so dramatic. I didn’t mean what I said…Oh my god”

3. They comment on what you wear, but not in the "Wow, you look beautiful" way.

“Why are you wearing that? It looks terrible on you. Go change.”

4. They oint out things wrong with you

5. They have difficulty apologizing for obvious mistakes they have made.

“I don’t need to apologize. What I said was the truth”

Remember, it's not your fault. You deserve better, and you will find better.