Losing My Escape Made Me Lose A Part Of Myself

Without writing, I trapped everything inside and let it build until I collapsed. And collapse, I did. 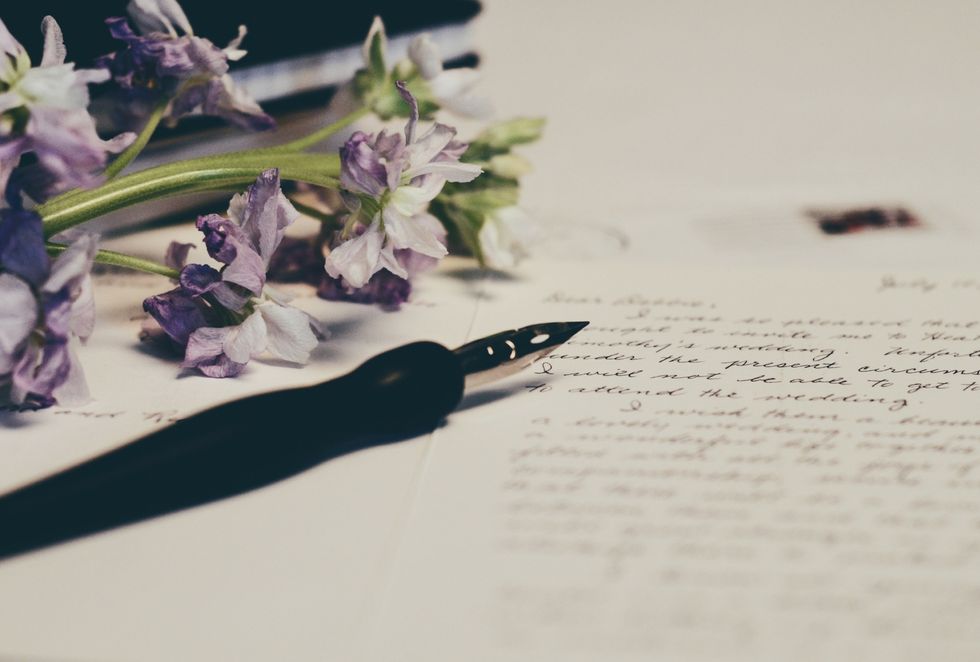 Writing used to be my escape. It was where I would go to escape from the pain, from the thoughts, from the world. All of it would be forgotten as soon as I picked up a pen or opened my laptop to vent, but one day, I couldn't do it anymore. Writing felt like a distant thing of my imagination.

I couldn't write about the struggles I was going through. I couldn't calm my thoughts long enough to form a cohesive sentence, let alone write what I wanted to. I tried countless times to jot down a short little poem or a line I might be able to use one day, but each time I failed. And eventually, I realized something about myself. I knew that I had reached a different kind of disconnect.

I didn't lose a connection with a boy I loved or a best friend, I lost the connection with myself. I didn't recognize the girl I saw in the mirror anymore. I saw a girl who was tired. A girl who was lost. A girl that never wanted to leave her bed. I didn't see the girl with the dream of being an author. I saw someone I didn't know and never wanted to meet. I lost myself and that meant losing one of the things that made me, me.

When I would write, I had control. I could change the story to how I wanted it to be. If I wanted to end up in love and happy, that's where I would be in my story. I could write down the bad things and forget about them, no matter how heavy they seemed, writing them took the weight away. When I lost that piece of me, it felt like I had lost the thing that made me happiest.

The worst thing about it was that I knew exactly why I couldn't write, but I couldn't change it. I couldn't wrap my head around the fact that my own head, the thing that made me want to write, was also keeping me from doing it. Without writing, I trapped everything inside and let it build until I collapsed. And collapse, I did.

I wish I could say that I know how to get past it, but I don't. Forcing myself to write just seemed to make things worse. It lacked passion, emotion, and nothing seemed to come out how I wanted it to. I tried to write stories based on my favorite songs. I tried to write a letter to someone I love. And each time, I felt like I failed, myself, my mom, and everyone who reads the things I write.

It killed me to be unable to write. It's still taking time to get back into the groove of things, but I know that it's worth the struggle. It's worth taking the risk of not liking the words you say, because who knows, maybe you'll write something and love it more than anything you've written before.