How three sororities came together for one incredible week. 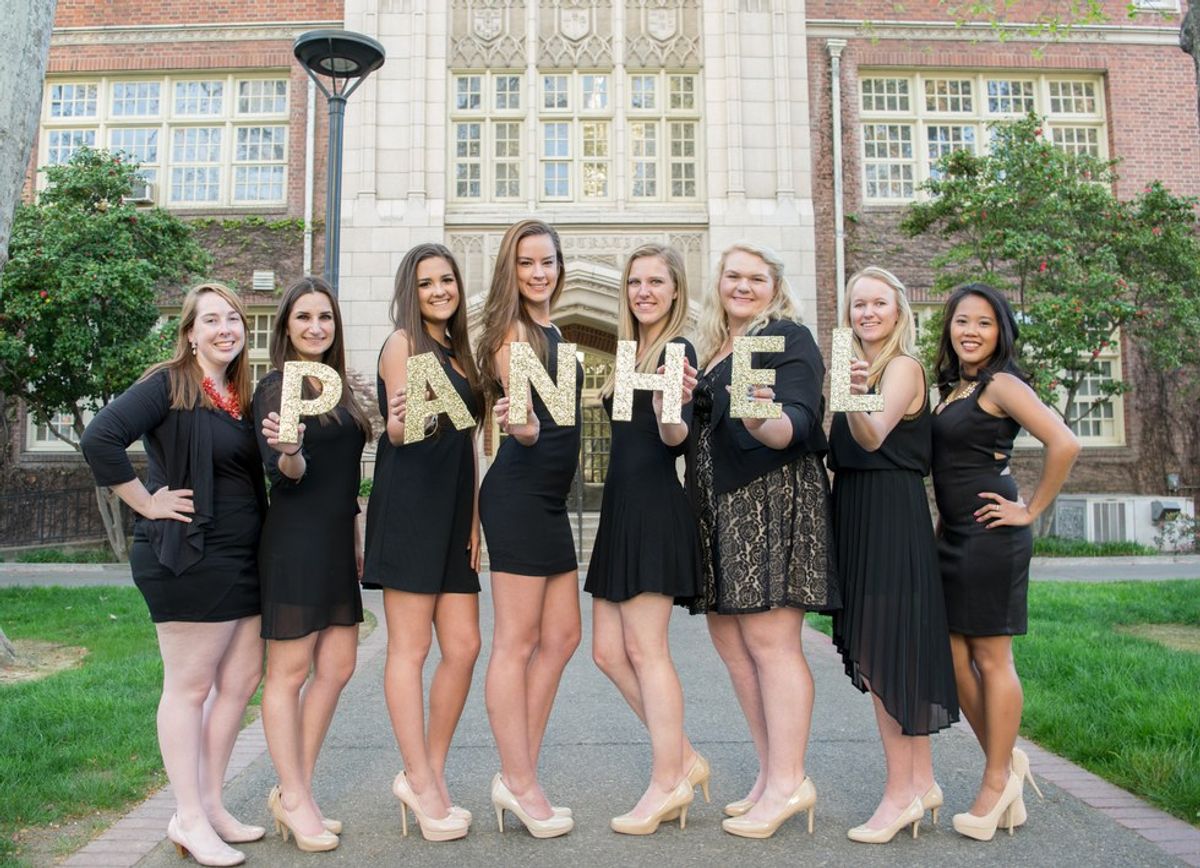 University of the Pacific

For the first time ever, Hillsdale’s three sororities combined for Spirit Week. This year, there was no undercurrent of rivalry between Kappa Kappa Gamma, Chi Omega, and Pi Beta Phi. Instead, there was Kappa Chi Phi. The idea seemed crazy at first – take 186 insanely busy and competitive girls and try to get them to agree? No chance.

But it worked. And it was amazing. Girls didn’t have to pull all-nighters to finish the banner because we had three houses’ worth of artists. Instead of scrambling to find girls willing to inhale hot wings as fast as humanly possible, we had one representative. All the events for which it had been a struggle to find volunteers in the past were fun now that the pressure was lessened for each house.

The climax of the week was Mock Rock. Each team choreographs electrifying, entertaining flash-mob-style dances to a medley of pop songs. When I first heard of the idea to combine, this was the only part that sparked questions and doubts in my mind. Mock Rock is the highlight of Spirit Week. The excitement of performing, the enthusiasm of the crowd, and the extravagance of the staging makes it the perfect end to the week.

Joining forces meant we had more dancers, but it also meant each house got less time to dance. The compromise: each house had thirty seconds for themselves, with massive group sections choreographed by the three captains to fill out the three-minute time limit.

Did we pull it off?

Yes, is the short answer.

The longer answer: It was the most successful example of Greek unity I’ve seen since I entered Hillsdale. I’ve seen sororities donate generously when they could not make it to another sororities’ major philanthropy fundraiser (shout out to Chi O last fall). I’ve seen us support each other, cheering on friends as they dance in their own Mock Rock. But I had not seen us working together in such an obvious and powerful way.

As the last note rang, we all rushed into a mass to hug each other and grin wildly as the crowd cheered. My heart was beating in my ears and I was so proud—not just to be a Pi Phi, which I am every day. I was proud to be a sorority girl. I was proud to dance alongside the talented girls from the other houses. Although we only had a month to pull it together, compared to most years in which we have two months at least before homecoming, we stayed true to our goal: showing that #WeAreGreek. I think this is the start of a beautiful partnership.

We didn't win the week, but we won the "war." We proved that our three sororities are in fact as panhellenic as we claim. Long live Kappa Chi Phi!