Long-Distance Relationships Aren't Hard If You're With The Right Person

Long-Distance Relationships Aren't Hard If You're With The Right Person

At least, it isn't nowadays. 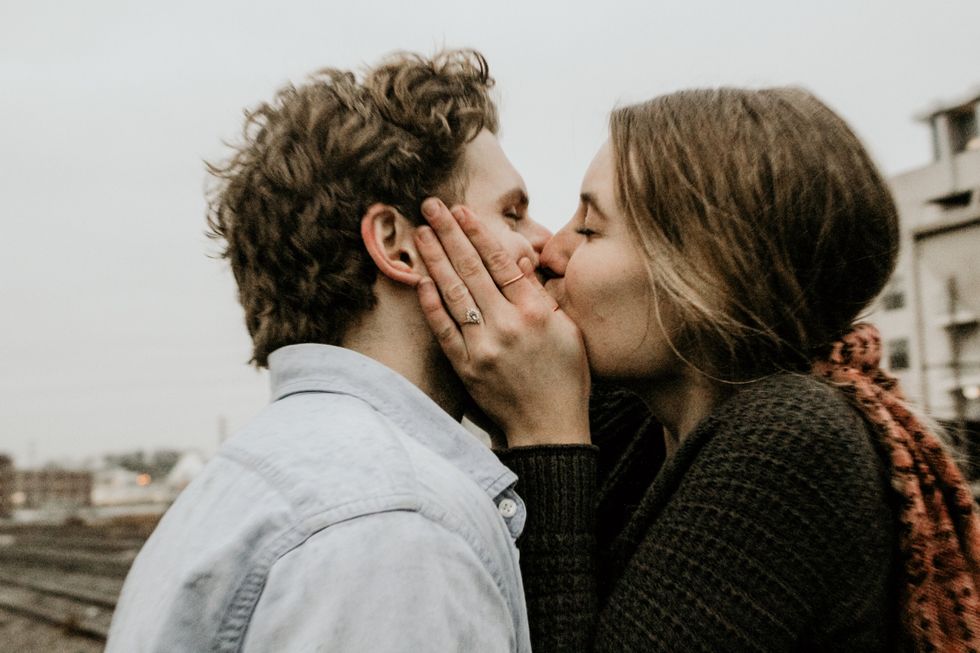 I have had my fair share of failed relationships, wrong flings, ghosting people, and of course, the very famous, aching pain of long-distance relationships. I think I have a magnet for attracting LDRs, or perhaps an invisible sign on my forehead saying, "LDR-PRONE," and the universe never fails to make it happen for me.

I've had around three long-distance relationships, all of them, sadly, went downhill, hit rock bottom, and were never to be seen again.

That said, it wasn't really the distance that hurt the relationship, but really, it had to do with a lot of other factors. Like, how I/we were so young back then, and physical touch and live dates were really the foundation of the relationship.

Now, I am *clears throat* a quarter of a century old, and after voyaging the rough seas of being a Pisces who wore her heart on her sleeve and was emotionally unstable, fell for bad romance schemes and just really made the worst mistakes (even repeated them)...

I think I have finally crossed paths with someone that is actually willing to wayfare and strong-willed enough to withstand the troubles of LDRs.

It isn't hard because I have matured emotionally.

Sure, my zodiac sign suggests that Pisces are still the most emotional bunch among the 12 signs. (I really do cry over the smallest of things). And, I still get my emotional drains and sad nights, but it doesn't come to the point where it would hurt my relationship or where I would give up on it.

Basically, it doesn't hurt me to my core. Maybe if there were days like that, I would somehow, surprisingly, be able to man up and actually manage it. I don't feel crippled just because of it.

It isn't hard because I have a job that keeps me busy enough.

Perhaps this is what keeps me sane as well. If I was in my earlier teens, or even a budding 20-year-old, everything could still fill my head space out. The overthinking kills me, and at times, it still creeps in but not as bad as it did before. I did not have work that could keep me busy enough to not think about my significant other's cheeky smile and dimples or his scent that I so dearly miss.

Now, if I stare into space at work because I miss him, it isn't going to make me ask for a 10-minute break in the bathroom to cry. It's just more of like, "Ah, I miss him," then I go back to work. Maybe that's one thing I like about my job... finally.

It isn't hard because we have mastered the art of FaceTime.

Being in a long-distance relationship asks for a significant amount of video call hours to make it work. It really takes a lot of effort from both parties to actually let the person you're with feel valued, even though you are oceans apart, their virtual presence is there and they are longing for you, just like you are for them. You must be able to convey that to them as well.

Play games, watch a movie together, tell jokes, tell them about your day, ask them about their day. Technology is rising like crazy. Everything is digital in this era. The FaceTime call can be as short as 15 minutes before going to work or as long as two hours on a lazy Sunday, and you would not be able to tell the difference between the two because both of them will have already made you feel loved.

It isn't hard because our relationship does not depend on physical touch anymore.

My current relationship is... well, there's no other way to say it, it's extraordinary. It was built on meeting one another eye-to-eye, checking off signs I had prayed for, and sharing woes I thought couldn't be shared. But, of course, being physically there with your partner is a big part of a relationship.

There are so many things that make up a relationship, though, it shouldn't all depend on one. It shouldn't be one thing that keeps you together. This is something most of us forget. Even I do at times...

It isn't hard because the person I am with does not make it hard.

The things that could make or break your relationship are actually you and your partner. You should both be each other's sanctuary, not a war zone. You should find comfort in seeing them and hearing their voice. It's so important to know at least a little of where you stand in someone's life. It shouldn't occur to you that you are a burden to their lives.

When you talk to them, you should find relief after a long day at work. When they talk to you, the yearning eases up a little bit more. The person you're with makes you feel secure. They make you feel like the distance isn't so much of a distance but as if it's just a normal day, and you're getting closer every day to seeing them again.