"With patience and faith we remain unafraid." 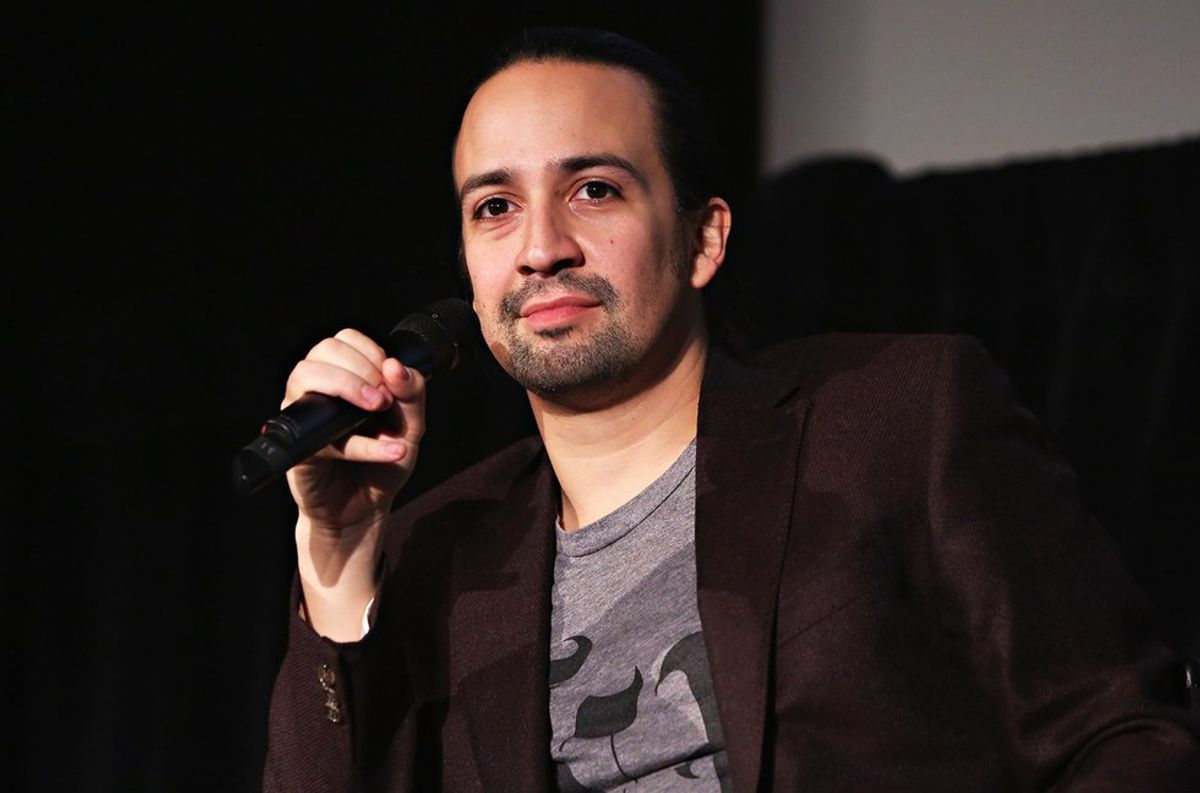 This year is not off to a great start.

The United States is more divided then ever. Our president is an Oompa Loompa. My grandfather passed away and my grandmother found out she was sick. I am graduating in less than four months and have no idea where to go from here. Hopefully, January is the last month in a long string of horrible months.

However, there are good things too. I have great friends. I have a loving family. It hasn't snowed too much this winter. But one of the brightest spots of 2017, so far, has been Lin-Manuel Miranda.

I'm sure when most people hear that name, they'd say, "who?" And then I would say, "Hamilton," and they'd go, "Oh, yeah, him." But he is so much more than that. Miranda is one of the most successful people in the entertainment business today.

In 2008, his first musical, In the Heights, won four Tony's including Best Musical. For the next few years, he continued to be present in the creative world. He composed music for Bring It On: The Musical, he made guest appearances on shows like Modern Family and How I Met Your Mother. But his big moment came in 2015 when Hamilton premiered off-Broadway and then at the Richard Rodgers Theater to glowing reviews. All of a sudden, people outside of the theater community knew his name.

For his work in Hamilton, he received 16 Tony nominations, winning eleven, the Pulitzer Prize for Drama, and a MacArthur Genius Grant. Late in 2016, Moana was released, film he composed the music for, and Miranda got his first Oscar nomination for Best Original Song. If he wins, he will be the youngest winner of the EGOT (Emmy, Grammy, Oscar, Tony) one of three inners of the PEGOT (add in the Pulitzer), and the only person to win all of those plus a MacArthur Genius Grant.

People are always complaining about millennials and their social media addiction. And I am guilty of checking Twitter every five minutes. Recently, it's been to see the latest disaster the Trump administration has created, but in between the politically charged banter and anger, there is Lin. his tweets bring me joy. He is always positive, always looking forward, always supportive to his fans. I can't even begin to explain his endless positivity, so here's a few tweets that perfectly demonstrate it.

So, thank you, Lin, for keeping your fans positive in these dark days.

I saw Moana right before I lost my grandfather and after rewatching it this week, I was reminded of just how powerful the story is, and the music Lin wrote only intensifies it. Every time I listen to "How Far I'll Go (Reprise)" or "I Am Moana," I get chills. No song from a Disney film has ever made me feel so emotional. Watching Moana find strength in the loss of her grandmother comforted me. Thank you, Lin, for allowing me to grieve with your music.

Lin's most famous, and successful, works are In the Heights and Hamilton, and while it's Hamilton getting all the attention right now, sometimes I think Heights is even better. I shouldn't be able to find myself in these characters. What do I have in common with Founding Fathers or Latinos living in Washington Heights? On the surface, nothing. But, I am Nina, insecure in her own abilities. I am Burr, always waiting for my moment instead of taking a chance. And these scores keep me entertained, motivated, and relaxed. Thank you, Lin, for your years of hard work in creating memorable songs and relatable characters.

I think everyone needs a little Lin in their lives. So open up Spotify and listen to In the Heights, Hamilton, Moana, and Lin's own playlist he made especially for these defeating times. Watch some of his best moments on YouTube, like his 2016 Tony Speech, or his performance at the White House in 2009. But above all, follow him on Twitter. One morning, you're going to wake up and see a Lin tweet and it'll make you feel just a little bit better.