Six Lies Fed to Your Mind, By Your Mind.
Odyssey
CurrentlySwoonLifestyleHealth & WellnessStudent LifeContent InspirationEntertainmentPolitics and ActivismSportsAdulting
About usAdvertiseTermsPrivacyDMCAContact us
® 2023 ODYSSEY
Welcome back
Sign in to comment to your favorite stories, participate in your community and interact with your friends
or
LOG IN WITH FACEBOOK
No account? Create one
Start writing a post
Featured 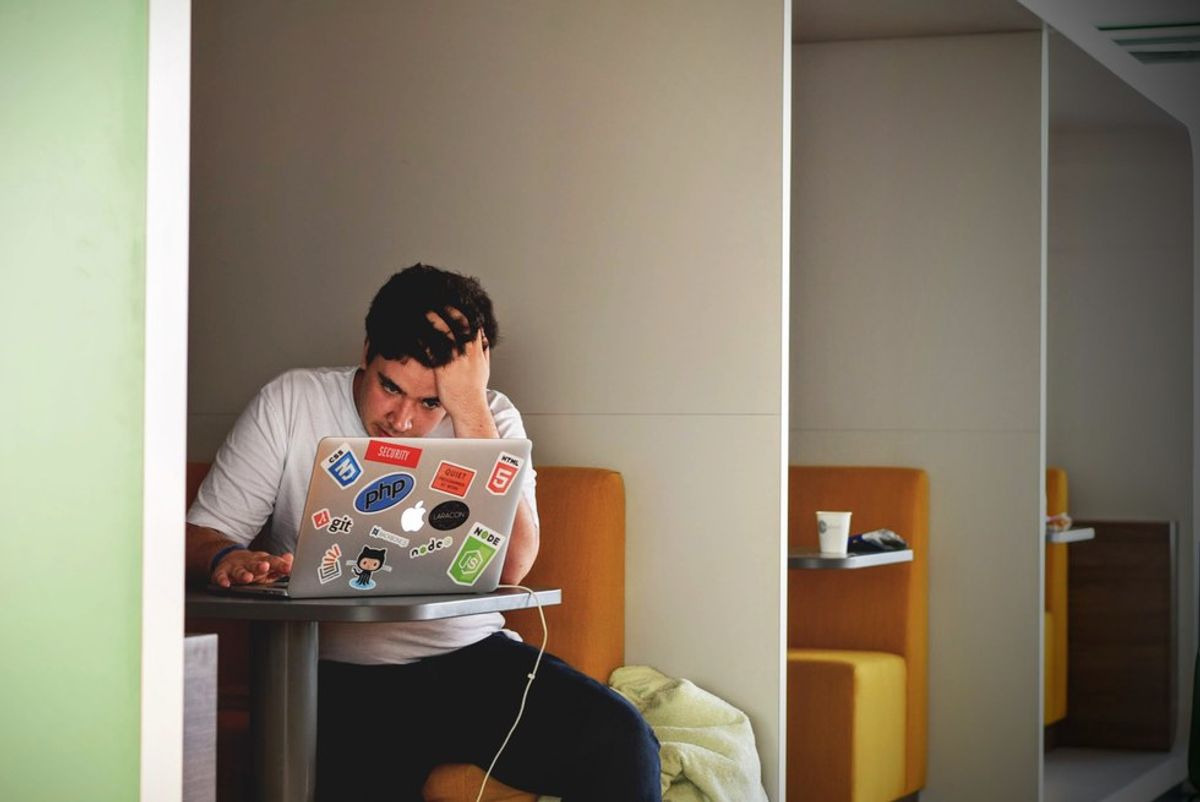 The Lie: Everyone is watching me.

You feel like society is ready to pounce as soon as you make a single mistake. From walking up the stairs and the task of holding doors open for others, to the way lipstick smears while eating and the way you pronounce your vowels. You live in a world of judgement, and everything you do or say becomes an opportunity to face ridicule.

The Truth: You aren’t that important.

In reality, everyone else is so caught up in their own insecurities and doubts that they hardly notice anything you could have done. Those who ARE judging you are only doing it to pass the time. It won’t matter to them in an hour. If it does, they have more pressing issues than the way your shirt was buttoned wrong. When it comes down to it, you aren’t a celebrity, and while people may disapprove of you being less than perfect, it is not the end of their world and it shouldn’t be the end of yours either. Give yourself the grace to release the daily struggle with stage fright and drop the act. Your mind will thank you.

The Lie: I’m annoying them, I’m too needy.

Do you find yourself in need of company but hesitate to pick up the phone lest they have less enthusiasm about social interaction as you? Do you refrain from dining or talking with the same people for more than a few days so that they don’t get bored of you? Maybe their text messages have less emojis than they once did, or they don’t call anymore. You think about drifting away, furthering the separation they clearly desire.

If you want to have coffee with someone, ask them to coffee. If you would like to join them for lunch, ask them. It is ludicrous to expect those around you to read your mind and to know the right thing to say the exact time you need them to say it. As much as you think everyone can see your intentions in your actions, they don’t pay close enough attention to realize what’s going on (see Truth Number One). Speaking up about your needs and desires will help strengthen the relationships you have, allowing you more reason to trust their company.

The Lie: They don’t need my help.

There’s a project that really interests you, but there’s a lot of people already working on it, so you don’t speak up to join. The blood drive comes to town, but there’s a long line. A job opening comes up but you feel under qualified and regrettably let the application due date pass. You do less than your share of work, because you think the quality of other’s work is better than yours and you don’t want to hurt the team.

The Truth: You’re devaluing yourself as a result of self-deprecation.

There are just as many run on sentences in the other writer’s article. Half of the volunteers on the project that you have a passion for were dragged there by a friend of a friend who thought they would be interested. Over and over again society puts less value on the average citizen and more value on the beautiful, social, wealthy and talented citizens. As a result, average citizens are reminded day after day that we are not important. On the contrary, the monstrous beehive in the ancient oak in the backyard reminds us that a society of only queens does not survive, and without the workers, the queens would have no one. You, little worker bee, are more important to the survival of our species than Kim Kardashian. So go for that promotion and speak up with all of the wonderful ideas you have things to give.

Social media scrolling has surely brought you to this conclusion before. Seeing all of your friends living exciting lives with exciting people; while you sit in the dark, the light from your screen casting ghoul-like shadows upwards over your face at an unnatural angle. Just after a huge fight with your best friend, with tears drying on your face as you wonder who you’re going to talk to for the next three days before reconciliation is possible. Late nights into early mornings when you pause Netflix just long enough to hear the creak of the building and envy the people in the next room who were not stirred by the lonesome noise.

The Truth: You are more relatable than you think.

With all of the billions and billions of people on this earth, it is extremely unlikely that you are the first to feel the way you do. It is nearly impossible that you alone have experienced your thoughts before. On the contrary, the great number of people who have been on this planet and are currently on this planet should be the giant group hug you need for comfort. You and so many others are each experiencing life in your own unique way, yes. However, everyone else on this world who has gone before you probably felt the way you are feeling now. They lived, they survived, they thrived. So will you.

The Lie: I’m too emotional, and over-dramatic.

Whether you wear your heart on your sleeve or hide it deep down inside an invisible hole within yourself, you fear the vulnerability that comes with exposing your emotions to the world. Feelings hurt and when you are sensing more Mr. Hyde instead of Dr. Jeckll, it's easy to panic and hide from the world. It's also easy to assume that you are more soft-shelled than everyone else, when you can't see the daily struggles they are going through.

The Truth: You are relatable.

Just like you are swallowing your troubles so that your neighbor doesn't think anything is wrong, so does your neighbor swallow their own strife so that you have no reason to worry. It is scary to be vulnerable, but much like crying with your best friends at the heart-breaking movie, it takes vulnerability to understand the things we share with one another. Memories and emotions go hand in hand and when we see each other as the same instead of different, we can become more sympathetic to one another and less afraid of estrangement.

The Lie: I’m not enough.

In life. At work. As a parent. As a friend. For your lover. For yourself. Guilt at letting someone down, disgust at weight gain, hurting someone's feelings, losing touch with an old friend, failing to make the deadline, burning dinner. The nauseating horror that someone else is better at what you have tried so hard to be the best at.

The Truth: There will always be someone better.

No one's success determines yours. You will probably not participate in the cooking show you watch every week on Food Network. You will probably not win the lottery. You will probably not make the olympic team, or sell your artwork for tens of thousands of dollars. That doesn't mean that you have not accomplished anything. Your best is your best, and it is vital that you celebrate it. Even if your best is only getting out of bed in time to do a single load of laundry today, it is your best and you deserve recognition. Everyone has different storms plaguing their life and it is up to no one except you to determine how successful you are in the face of them.

Hold your head high, you are succeeding in the very difficult journey that is life. You deserve the best party life can offer. Or at the very least a piece of cake.

Nicole Marie Nigro
Individual Creator
1657
c1.staticflickr.com
Where to start...... Let me start with the cliche that life throws us curveballs and what we do with it is what counts.