I'm A Liberal And I Support Israel
Odyssey
CurrentlySwoonLifestyleHealth & WellnessStudent LifeContent InspirationEntertainmentPolitics and ActivismSportsAdulting
About usAdvertiseTermsPrivacyDMCAContact us
® 2023 ODYSSEY
Welcome back
Sign in to comment to your favorite stories, participate in your community and interact with your friends
or
LOG IN WITH FACEBOOK
No account? Create one
Start writing a post
Politics

I'm A Liberal And I Support Israel 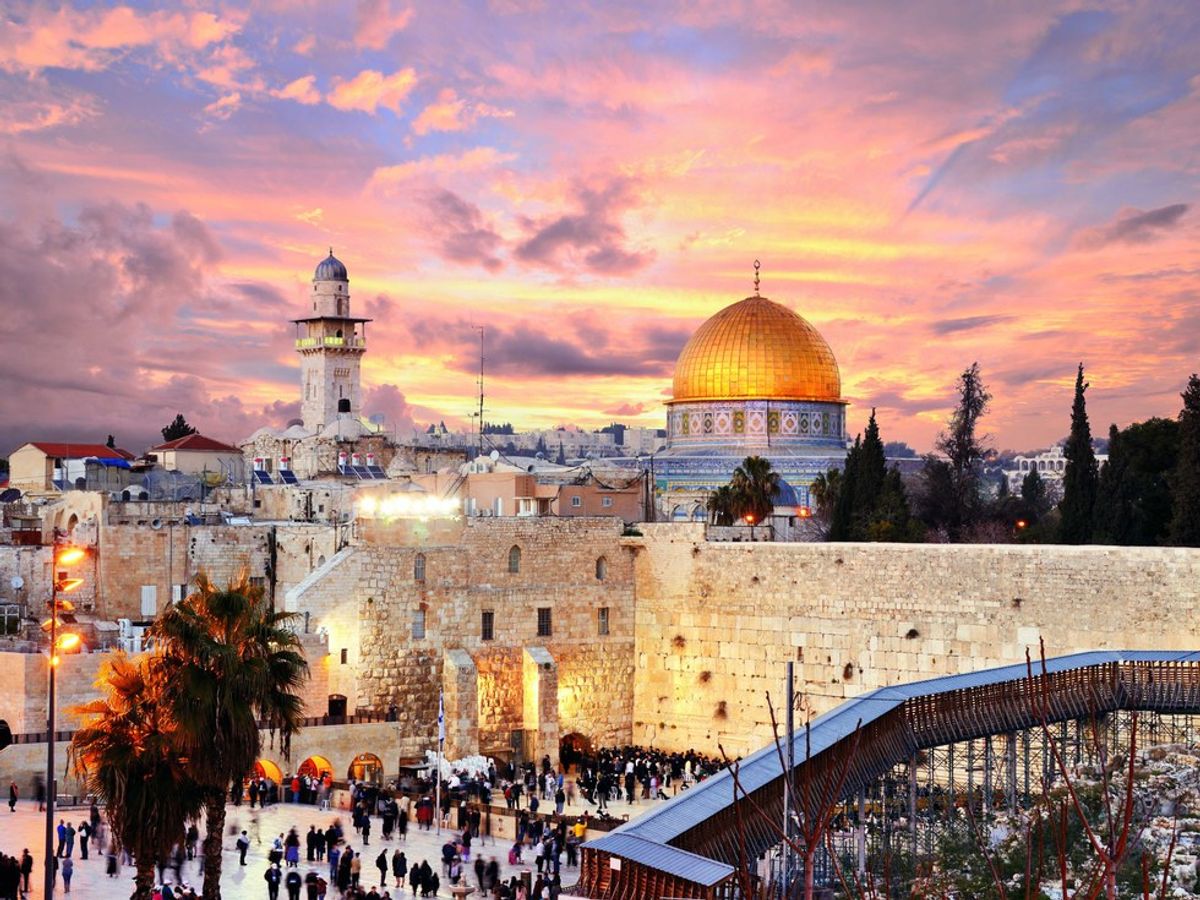 Everyone who knows me knows that I am a stark liberal. I was a Bernie Sanders supporter in the primaries, and while in the general election some people were simply choosing between ‘the better of two evils,’ I was excited at the prospect of a Clinton win. Evidently, this was not the narrative the country chose. On the heels of Trump’s inauguration, the Obama administration in a final act abstained from a UN vote declaring Israeli settlements illegal. This act validated Jewish Trump supporters in their vote. It reinstated the belief that Democrats and Liberals alike hate Israel.

This issue is something I have struggled with for a long time. There are many reasons I identify as liberal. Issues I hold closest to my heart are reproductive rights, health care, civil rights, and the environment. And while there are plenty of Republicans who care about these issues too, their approaches and viewpoints on them typically differ. In fact, I disagree with Republicans on essentially everything, which isn’t to say that they’re wrong and I’m right, but simply that we have different beliefs. However, I find that when I identify myself with the liberal movement, I get labeled as anti-Israel.

This argument in fact does have merit. A famous chant of the Black Lives Matter Movement is, “From Ferguson to Palestine, occupation is a crime!.” One of the organizers of the Women’s March this past February is a convicted terrorist responsible for a bombing that killed two Israeli teenagers. Colleges with predominantly liberal student populations across the country are constantly voting to divest from Israel, and these same schools often have “Apartheid Week.” To argue that liberals tend to be favorable to Israel would be, simply put; a lie.

Despite these issues however, I simply can not align myself with any other party. Therefore, I must ask myself, how can I support Israel while still being a liberal?

The need for a Jewish state has existed since the earliest of times, and the tragedy of the Holocaust only validated it. This is a point that I believe liberals need to get behind. We are a movement that cares about the rights of all people, no matter your background, and the Jewish people do in fact have a right to the land of Israel. However, my support for the state of Israel is not blind. When it comes to Israeli politics, I am also left wing. I am not a fan of the current Prime Minister, nor do I support settlements. Just as I believe in the rights of Israelis, I believe in the rights of Palestinians.

What many fail to understand is that being pro-Israel does not mean being for the current Israeli government, just like supporting the United States does not mean you support the Trump administration. I believe in achieving peace, and this will never be accomplished if Israel continues to make illegal settlements.

Of course this is a vast oversimplification, and the issue of the Israeli-Palestinian conflict is significantly more complex, but my point is that being a liberal does not make me anti-Israel, nor does being pro-Israel make me a Netanyahu supporter. I disagree with many of the things Israel does, but I also know that this is our home, and while many Palestinians have a claim to the land, so do we.

Peace will only be achieved when we all start to work together and understand each other's viewpoints.