A Letter To Anyone With Emotionally Abusive Parents
Odyssey

A Letter To Anyone With Emotionally Abusive Parents

Things I wish I could have told my younger self about growing up in an emotionally abusive household. 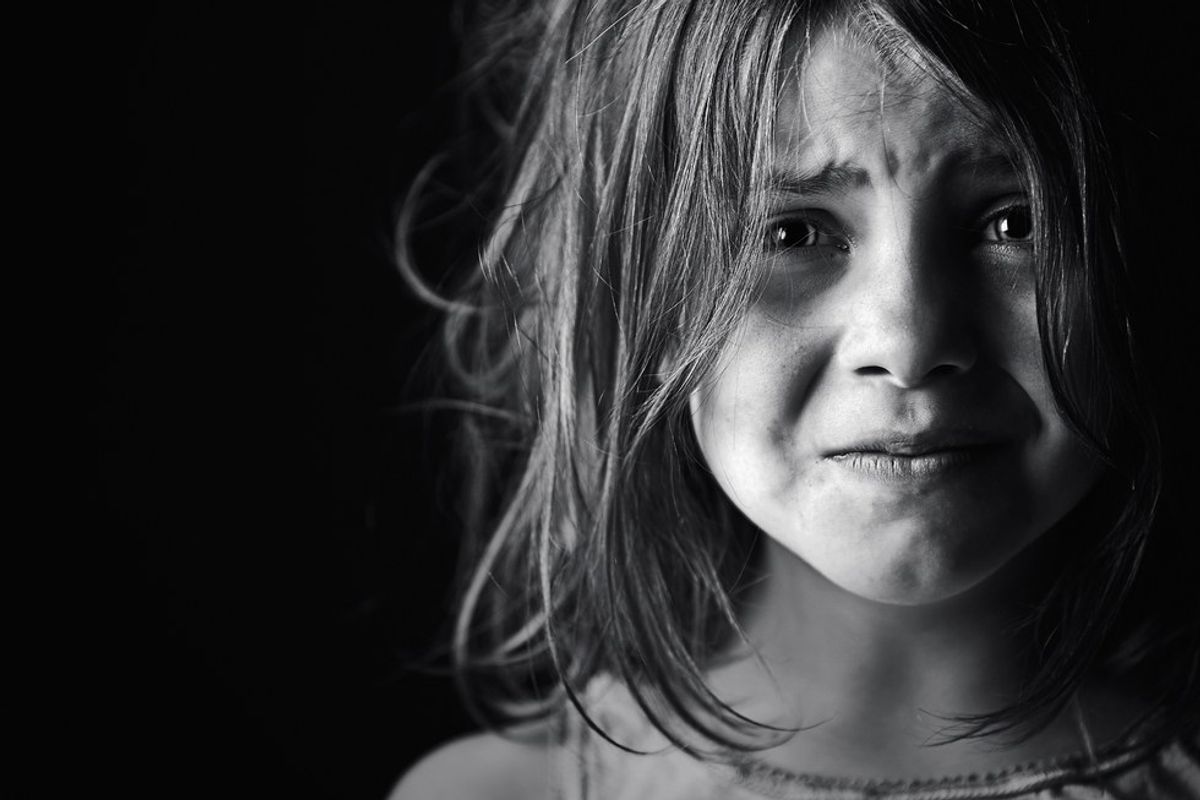 The last three or so years of my life have been filled with revelations about myself as a person, as well as about my parents and my upbringing. As it turns out, there were a lot of things that happened during my childhood that weren't "normal" or acceptable, and it took me until at least 18 years of age to begin unlearning them. Throughout this bittersweet process, I've often found myself wishing I could travel back in time and reassure my younger self that her emotions were valid and that she was right about so many things she didn't even fully comprehend. I realized then that if I could write something and cast it out into the Internet, and it happened to find its way to even one person who is young and still living with emotionally abusive parents, I might be able to help someone start their "unlearning journey" early. As a child and teenager, it can be very difficult to know what your friends' and parents' private lives are like, and therefore you have no way of comparing them to your own. It's especially difficult if you don't have an adult in whom you can confide, and who doesn't allow their own perceptions of your parents to influence their opinion, because...

Your parents probably act like different people when they're with only you.

To some extent, every parent does this. Just because they're angry with you doesn't mean they're going to scream at whoever just called them on the phone. However, it's not okay for your parents to never be as friendly or happy with you as they are when you're around other people. This is one of the things that can be very difficult to observe in other people's parents, and kids have a tendency to normalize everything they experience during their upbringing. It's not acceptable for your parents to "put on a show" when you're around others, but to treat you poorly or ignore you when you're alone.

They can be emotionally abusive and do nice things for you.

No one is all good or all bad. Just because your parents do some nice things for you does not invalidate your negative emotions. My father used to take care of me in ways that benefitted him - for example, paying for me to join numerous sports teams because he enjoyed attending the games. However, he never paid for my clothes, food, doctor's appointments, etc. You can appreciate the nice things your parents have done for you without erasing your emotions or any of the negatives. This can also be very frustrating because...

Both of my parents have been deceased for 3 years and I still hear this often. The version of your parents that you see is most likely not the version that other people see, and the version that other people see is probably a lot more positive. Truth be told, it is too much effort (and often is entirely impractical) to explain your whole situation to everyone who makes a comment like this, so the best advice I can give is to 1) expect these comments often so you're not caught off guard, and 2) let it go, and change the topic. It's worse when you expect everyone to understand, believe, and empathize with what you experienced because, sadly, many of them will not.

Try to remind yourself of what is not acceptable.

Physical abuse is not the only type of parental abuse.

This topic is something that severely impacted my perception of my own childhood for a long time. Even by the time I realized emotional abuse is a real and valid thing, I was still caught up thinking that I shouldn't complain because physical abuse is "worse". I've now learned that I was suffering from anxiety, depression, and PTSD for about a decade without even knowing; emotional abuse is real, it's valid, and it can effect you just as much as physical abuse.

And they might not be. For me personally, I was raised by two people, each with several undiagnosed mental illnesses. Unfortunately, this isn't something children can understand for many years, and it can continue to be toxic once you do understand it. It's also something that can be difficult to fully grasp and accept until you're removed from the abusive situation altogether, but if your parent has a known mental illness it can be helpful to understand how that particular illness impacts behavior. It can also help to just make your parents' behavior seem less irrational and unpredictable (but still not acceptable). Imagine, for example, that you have a car that's wobbly to drive and the engine is smoking: it's probably helpful to figure out what's causing it to do that, but that knowledge doesn't make the car any safer for you to drive. Learning about my parents' mental illnesses cleared up a lot of things for me, but it does not excuse their actions.

Don't let yourself believe that you "deserve" their abusive treatment.

You don't. As a child and teenager, it's very easy to assume that your parents are treating you a certain way based on who you are and how you behave, and consequently that if they're treating you poorly it must be because you're a bad person. You are someone who deserves to be loved, empathized with, listened to, and taken seriously. You do not deserve to be insulted, mocked, or neglected in any way.

It's perfectly natural for you to experience negative consequences from being raised by emotionally abusive parents.

If, by the time you're removed from the situation, you haven't developed any mental disorders, that's great. If you have, that's perfectly understandable and 100% okay. Don't deny yourself physical or mental healthcare (or self care). Even if you don't develop an illness, chances are you will probably still experience negative repercussions from your upbringing and will have to consciously unlearn the unhealthy things you've been told. At some point you will have an opportunity to start fresh and take care of yourself, so make sure you're prioritizing your own needs and treating yourself better than you've been treated.

These are some of the topics I felt were most important to discuss when it comes to abusive parenting. I wrote this article with my younger self in mind, and I hope that it finds its way to at least one person in a similar situation and encourages them to trust, value, and believe in themselves. Your emotions are valid and you're not alone. It can be hard to spot others who are in similar situations, but I promise that they exist and there are many of us. Some of this article may apply to you and some of it may not - just because certain elements of it don't apply to you doesn't mean your parents aren't emotionally abusive. I don't pretend to be an expert on this topic, but I sincerely hope that someone finds solace and assurance in knowing their experiences and feelings are shared by many.