A Letter To The Beginning First Years
Odyssey

A Letter To The Beginning First Years

Get out of your comfort zone! 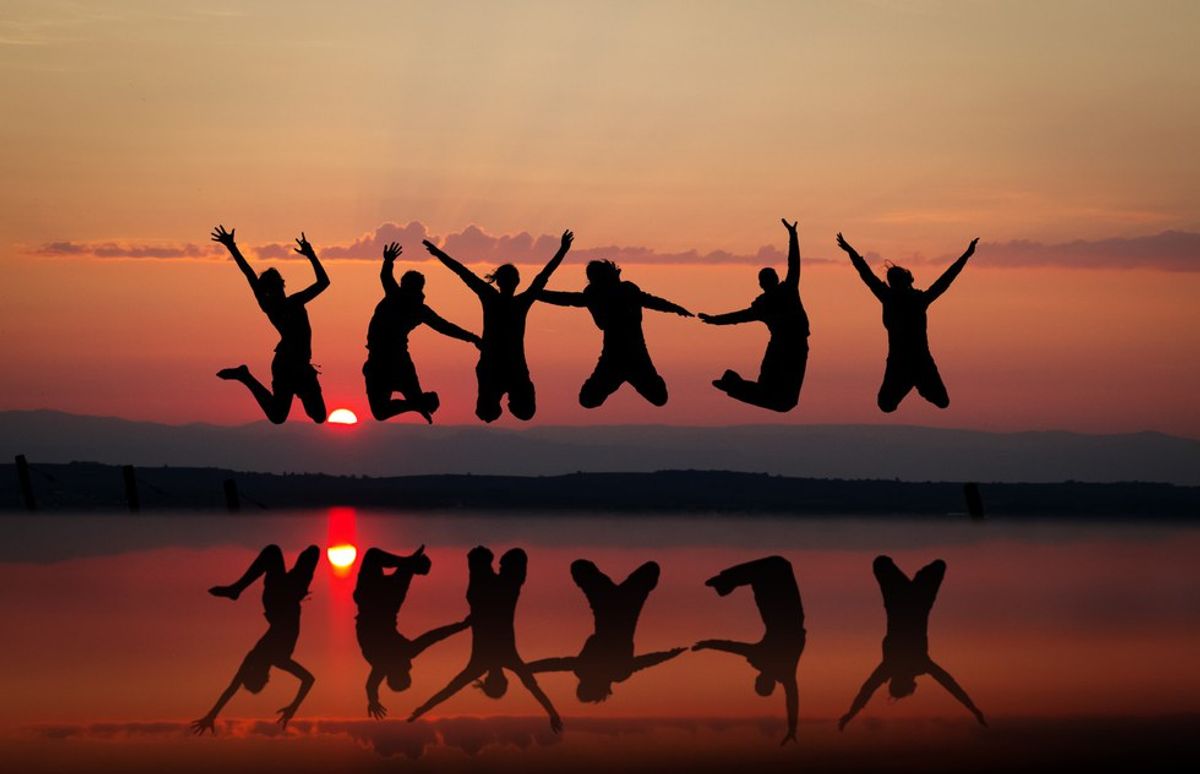 The end of high school taught me that getting involved was the best thing I had ever done. It made me look back and realize I wish I had done more my freshmen year, no matter how nervous or worried I was that I’d be too busy with other things or just too awkward and weird.

College isn’t exactly a completely new world. Well… actually it really is, but just not in that sense. Orientation week was a little awkward to say the least. And that’s coming from someone who had already been here for almost two weeks and got a head start on getting to know a group of people.

I can’t even imagine coming in knowing no one, moving into a dorm with likely a stranger, and then proceeding to go to a ton of events alone or with people you barely knew. After all, many of us were forced into those situations when we were divided into random groups. *Cue cringing internally*

However, the great thing about college is (even going to a small school), there are lots of people you will meet who you will never see again. Even if you do meet again, they probably won’t remember it. And at the most they’ll remember your name. If they remember more than that, then hey, maybe you just found a new friend!

The truth is, during this orientation week I realized that even though there were events I wasn’t sure I really wanted to go to (because they weren’t mandatory), I pushed myself to go anyways. And yes, that meant less time lying in bed watching season 5 of One Tree Hill after a tiring day of soccer practice in 90-degree heat. But even though I gave that up, something I could do anytime I wanted, it was totally worth it!

I might not have made any lifelong friends right away, but I got an experience. One that I couldn’t have earned back had I missed it.

There are going to be events that come along that you will debate going to. It might be a get together with a couple people, watching a football game, or even a class or school-wide event. You might want to go out to dinner instead, take a nap, or do homework, but moments like these only happen once.

Don’t get me wrong, school should ALWAYS come before a party. In fact, it should always come first! But there is a time and place where you shouldn’t waste an opportunity. Find the time to get school work done ahead of time. Because at the end of the day, you really don’t want to miss out on something fun! Even if at first, you don’t know if you want to go.

College is a once in a life time experience, don’t miss out on something for something else you could do whenever you want. You’ll be so much more grateful in a couple years looking back- friends, memories, maybe a relationship…who knows.

This doesn’t just apply to college either. The first year of high school, a new job, and honestly everyday life. Don’t be afraid to make some mistakes or embarrass yourself a little. Like I said, no one will remember it anyways, and if they do it’s probably because you will have become great friends.

Get out there! You will not regret it!