We Need To Talk About "13 Reasons Why"
Odyssey

We Need To Talk About "13 Reasons Why"

Mental Health is so important, and we aren't recognizing it. 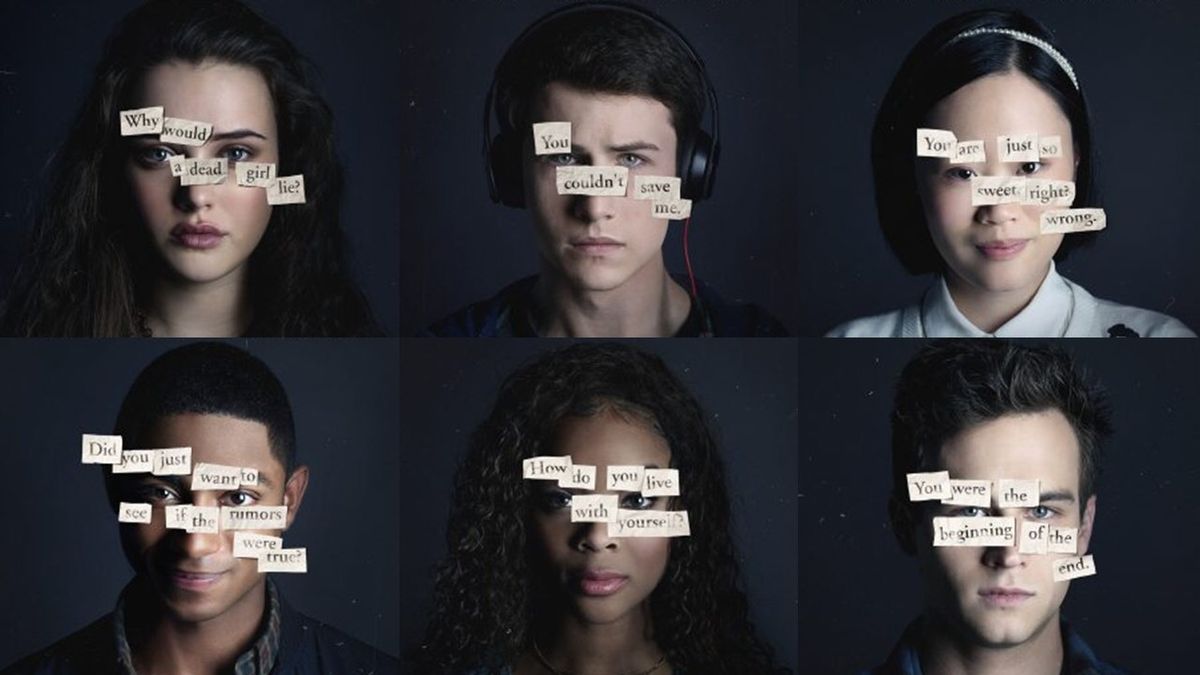 With the recent season of 13 Reasons Why coming out, I decided that it was finally time to write my feelings about this “Netflix Original” show.

Being a victim of bullying myself, I felt like I could relate closely to Hannah Baker. She was often made fun of, the main subject of all of the rumors, and the girl that everyone disliked, although they may not necessarily have a reason to hate her, they still did. Now don’t get me wrong, Hannah was not the perfect kid whatsoever, but did she deserve the treatment that her peers were giving her?

No one should ever feel the way she felt or have to go through what she did, and coming from experience...it sucks.

But this article isn’t about talking about bullying, instead, I want to talk about the one thing that no one else in this world wants to talk about and that is mental health.

Coming from someone who has had numerous close relationships with people who have been diagnosed with things from depression, anxiety, bipolar disorder, and anything in between, I found 13 Reasons Why to be eye-opening and impactful.

I realized that people do not want to talk about mental health and that is why it is seen as negative. Mental health is not a negative thing. It is a chemical imbalance of the brain, it is not contagious, it is not something that you do to yourself, in fact, you cannot really help it.

You can’t just “be happier” or “smile more.” You cannot just “be more confident” or “stop being scared.” This is something that needs the assistance of a counselor, therapist, or doctor. It is something that needs to be talked about. We need to talk about mental health, we need to start a discussion because you never know who you are helping or whose life you are saving.

For some reason our society hates to talk about the mental stability of a person and, in a day in age when most young adults are suffering silently, why aren’t we talking about it? 13 Reasons Why brings the things that no one wants to talk about to our attention and that’s why everyone is struggling to face the hard truth that these kinds of things really do happen in our society.

No one wants to believe that bullying happens in our school systems. No one wants to acknowledge that sexual assault is VERY prominent, and lastly, no one wants to talk about depression, anxiety, or bipolar disorders. Just like the flu or strep, it is an illness, so why do we treat it as if it is some kind of rare and undiscovered disease? We need to GROW UP and speak out.


13 Reasons Why was primarily produced to bring awareness and teach students, parents, and teachers about the signs of someone struggling with a mental health issue. In the first season, you are taken through a traumatic, hard, and tricky lifestyle of a teenager. You see Hannah Baker silently struggling to make sense of how she is feeling. But she is not silent for long, she tries to reach out and make sense of everything and no one really listens to her.

Then you listen to her explain why she took her own life. You see what made her do it, how she was feeling, and why she thought it was the best option for her. Before you say anything, hear me out, it was NOT to get attention and the producers and writers of this book ARE NOT GLORIFYING SUICIDE.

Stop saying that suicide is a cry for attention. No, it is a cry for help. 13 Reasons Why was trying to showcase that. They are not glamorizing mental health or suicide or rape. They are bringing awareness to EVERYDAY illnesses and events that are taking place.

As some of you know, Selena Gomez is the producer of 13 Reasons Why, originally a book written by Jay Asher in 2007. I can remember finding this book and reading it when I was in the 7th grade (the peak of when I was starting to get bullied) and just thinking about how truly sickening this book made me feel. I can remember telling my friends about it and they just did not understand why the main character acted out the way she did.

Maybe I understood because I had been in shoes similar to hers, or maybe because I somewhat understood the importance of talking about mental health, either way, this book changes my life. So when Selena Gomez decided to turn in into a Netflix Original I knew I had to watch it.

After watching some interviews on why Selena Gomez decided to produce this show, I found one quote from her that has stuck with me:

"I can't stand what they think is reality and this show is as real as it possibly could get."

The whole idea of this show is to finally show the world what modern-day teens and children are dealing with.

"Unfortunately kids don't care. They have to see something that is going to scare them. They need to see something that's frightening. I want them to understand it. I would do anything to be able to have a good influence on this generation but I definitely relate to everything that was going on. I was a there for the last episode and I was a mess just seeing it all come to life because I've experienced that."

So for those of you out there that think this show is too "violent and triggering" for our society, just remember that this is not the only type of media that displays this. Check your child's social media accounts (their "finstas") and see all of the trash talking, bullying, and threats that our children are facing on a day to day basis. think about the mentally ill children who are not getting the help they deserve, who are suffering silently.

Now actually go WATCH the show and see how you can help. See how you as a teacher, peer, parent, or sibling can help make a difference so that no one is suffering silently anymore.

You are not alone and you do not have to face this alone. Let’s start a movement, let's start a conversation, let’s start talking about mental health.