We All Want to see it Happen, So Let's Make it Happen 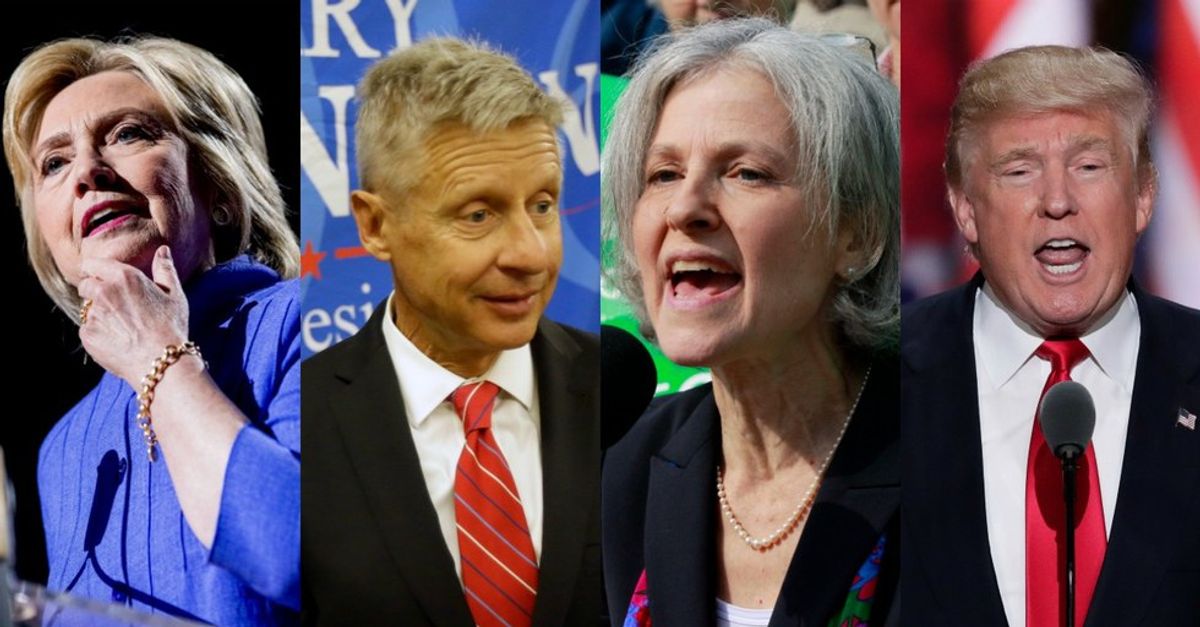 This is the time to take a deep look within ourselves and consider breaking the monotony of the two party system. The two candidates this system has produced are literallly the two most disliked presidential candidates in United States history. With Trump at 61% unfavorability and Clinton at 54%, it begs the question: Is this really the best we can do out of a country of 300 million people? If not, then how did we end up in this situation?

To address the first question: No, these are the best candidates this country has to offer, in fact, they are only the best candidates the media allows us to have. Over the course of the primaries, Donald Trump recieved $2 billion worth of free advertising and media, which granted him enough support to win the primaries reguardless of how bigoted and egregious his comments were that particular week. Hillary Clinton, however, was able to coast off her "Clinton" name recognition, while calling in favors from her friends/donors in various news outlets to scoff at the Bernie Sanders campagin, unitl he nearly caught up with her in multiple national polls and were forced to acknowledge him as a possiblility. Secondly, and possibly even more egregiously, only 9% of the voting population voted for Trump or Hillary to be their parties nominee. 9% is who we allow to choose our next president and how we got stuck in, literally, the worst presidential election in US history.

Now, instead of doing any real journlaism, discussing these facts, or any of the policy positions that might intice people into voting thrid pary, the media is focusing on the tabloid "horse race" aspect of Clinton vs. Trump rather than facilitating a national discussion about the merits of the ideas and policies of the Democrats, Republicans, Libertarians, and Greens.

It's painfully obvious a majority of the country is not enthused by the two candidates they've been stuck with, in fact 47% would be in favor of a third party nominee, but what can be done to change the dynamic of our comedic political system? Surprisingly, nothing to labor intensive. For starters, you can call or email Debates International's Commission of Presidential Debates at (202)-872-1020 media@debates.org jb@debates.org and request thrid parties be allowed in the presidential debates. You can start, or sign, an online petition, spread third party awareness on your social media, or, if you're so inclined, help on the campaign trail and spread awareness directly throughtout your community.

Will doing any of that, however, spark some type of anti establishment revolution or even get third parties in the debate? No, probably not, but it's more about sending a message and the loudest message you can send is with your vote (unless you're in a swing state, in that case let's not put Trump in the White House).But, if Johnson and Stein can manage to syphon off 5 million votes a peice that would definitely send a nasty message to establishment elitists and politicians that the American people are sick of their shit and something needs to change.