Less Girl Hate, More Girl Love
Odyssey
CurrentlySwoonLifestyleHealth & WellnessStudent LifeContent InspirationEntertainmentPolitics and ActivismSportsAdulting
About usAdvertiseTermsPrivacyDMCAContact us
® 2023 ODYSSEY
Welcome back
Sign in to comment to your favorite stories, participate in your community and interact with your friends
or
LOG IN WITH FACEBOOK
No account? Create one
Start writing a post
Student Life

Stop pitting women against each other and start encouraging them to support one another. 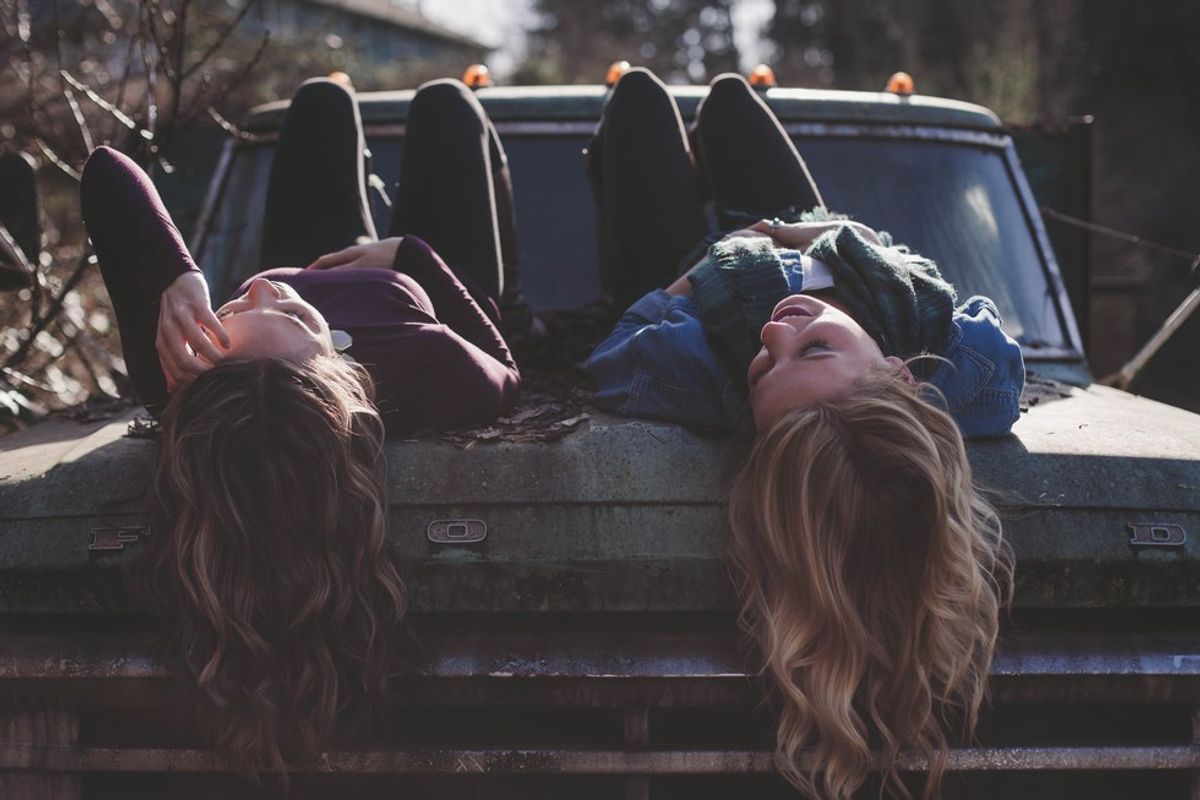 As a society, we have a real problem with perpetuating girl hate and with pitting women against each other. We see this in media, in particular - magazine articles such as "Who Wore It Best?" or the popularization of "celebrity feuds" between female stars. We perpetuate stereotypes that women are competitive, dramatic and uncooperative. As Chimamanda Ngozi Adichie said in her TedX speech, We Should All Be Feminists, "We raise girls to see each other as competitors not for jobs or accomplishments, which I think can be a good thing, but for the attention of men."

I've been thinking about this in particular this last week because I'm tired of seeing jokes and memes about Jennifer Aniston celebrating Brad Pitt and Angelina Jolie's divorce. I'm tired of the idea that women's lives revolve around men. I'm tired of powerful, successful, intelligent women being pitted against one another.

I've had my own experiences with girl hate, which is why this feels so personal to me. In high school I dated a guy who treated me really poorly. My friend Leah* started dating him shortly after we broke up, and I was furious with her. Their relationship tore our friendship apart. But a few months later they broke up too because, surprise surprise, he ALSO treated her badly. At first I felt a perverse sense of vindication, as though I had somehow won. Yet that satisfaction quickly faded and I felt just as shitty as before. Ultimately, as the pain of the break-up and perceived betrayal of my friend subsided, I realized something: I was blaming the wrong person. Yes, you shouldn't date your friend's ex - but you also shouldn't date your ex's friend. The person who had really done the damage was my ex-boyfriend. He had hurt me, hurt Leah and went on to hurt more people after us.

It took a while for my friendship with Leah to heal, and it was tense for some time after all of the drama. But now, years later, Leah is still my close friend and one of the only people I talk to from high school. We're both so grateful that we didn't let a bad teenage boyfriend tear us apart forever.

Female friendships are incredibly strong and important, and they're constantly undervalued by a misogynistic society. It's time we celebrate and encourage the support and love of other women. It's time we reject the idea that women are constantly in competition for the attention of men.

*Name changed to protect the identity of the person involved.