Why Leia Should NOT Be Made A Disney Princess
Odyssey

Why Leia Should NOT Be Made A Disney Princess

Why Leia deserves more than a frilly dress and a coronation. 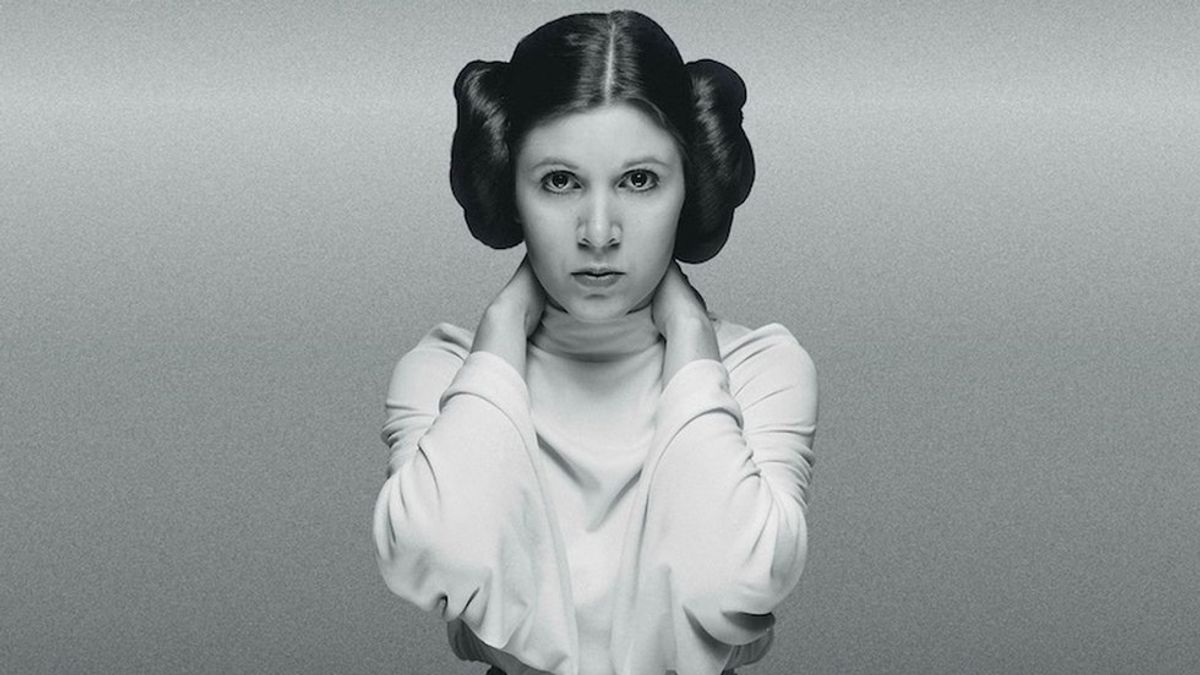 The passing of Carrie Fisher over the holidays hit a lot of people hard, Star Wars fans and people struggling with mental illness alike. She was a beacon of humor and hope in a society that so often condemns those who live day to day with illnesses like bipolar disorder and anxiety. And to geeks, she is our queen. Like Lor San Tekka said in The Force Awakens, "to me she's royalty."

A Change.org petition has been started to have Leia officially inducted into the Disney Princess Royal Court. And while it sounds like a perfect way to honor Fisher's legacy and the strength of her iconic character, I have to disagree with the coronation idea.

The first reason is because she simply does not meet the criteria necessary.

There are rules to becoming a Disney Princess. Because of course there are.

As outlined in a video by the Super Carlin Brothers, to be considered for the court, a characters must:

1. Have a primary role in a Disney animated movie

3. Not be introduced in a sequel (goodbye Melody)

After meeting these requirements they must either:

3. Perform an act of heroism (The Mulan rule)

And the final unofficial test is being a box office success, eliminating Megara and Kida.

So Leia's good on every count except one: she's not animated. That's the kicker. The whole point of the Disney Princess line is that they are animated heroines. Leia falls more in line with characters such as Elizabeth Swann from Pirates of the Caribbean, or Princess Tamina from The Prince of Persia. Live action heroines with noble blood. Maybe they can start their own line, "The Disney Badasses."

If you can overlook the animation disqualification, there is the merchandising point. Disney does not need to put her in the Princess line to help sell toys, Star Wars sells enough merchandise on its own. It's hard to believe but, Anna and Elsa, perhaps the most popular princesses ever, are NOT official Disney Princesses. Part of the strategy of making a character an official Disney Princess is to market them as such. Anna and Elsa have not been made Princesses because Frozen as a brand makes enough money as is. Inducting them will have no effect on their sales.

The same can be said for Leia. There is a whole different issue about the lack of female toys in male dominated movie franchises (see the Where's Natasha and Where's Rey controversies), but Star Wars would not have trouble selling a Princess, or General, Leia doll or action figure. She simply doesn't need the marketing boost.

The third and most important reason Leia should not be a Disney Princess, is that she is too good for that. Don't get me wrong, I love the Disney Princesses. I'm the biggest Disney fan you will ever find (I have the merchandise filling my room to prove it). However, Leia is not like the characters from animated Disney films.

Even Disney's most progressive princesses, like Merida and Moana don't hold a candle to Leia. The Disney Princess Brand has many problems. It can take the most badass character and put her in a frilly dress and jewelry, stripping them of their individuality (see Merida). No matter what you think of the princesses on their own in their respective movies, as a group, they are nothing more than a very profitable merchandising venture.

I think the best thing to do with the character is to first, start making her merchandise more accessible. Let little girls have a Leia Barbie doll, but she better have a blaster by her side. And please no more gold bikini. I get that it awoke the sexual fantasies of preteen boys in the 1980s, but now it's just ridiculous. Sell dress up clothes. Maybe change from the white dress to her Hoth get-up or her Endor camouflage.

Next, make Carrie Fisher a Disney Legend. That ceremony is more respectful and moving than a Princess Coronation could ever be. And a Coronation would not be celebrating Carrie Fisher, it would be for the character with some Disney Parks actor pretending to be her.

Finally, start referring to her by her real name: General Leia. The level of respect that comes with that title far outweighs the role of a Princess. She worked hard to make it to the head of the Resistance.

She may have given up that Princess title many years ago, but she'll always be royal to me.