Life sometimes chooses to teach you things in the hardest ways 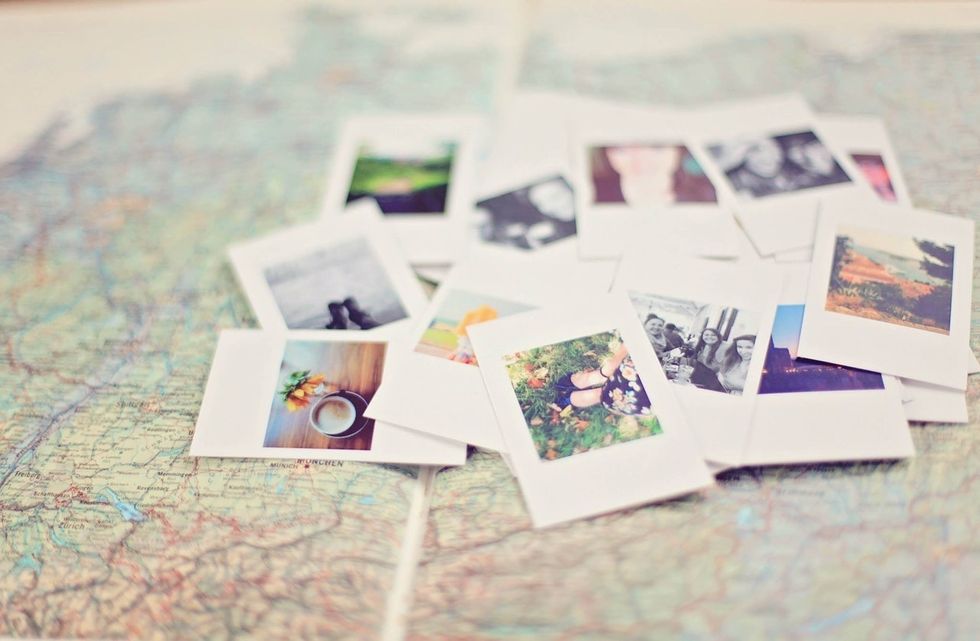 How do you measure, measure a year?"

Quoting one of the most quintessential songs from Rent? Yeah, that's a cheesy way to start, but also fitting.

I went through a hell of a lot within the last year. But instead of measuring it in bad versus good moments, I am choosing to measure it in the life lessons I learned.

1. A true friendship only exists when you're both willing to fight for it.

Both people in the friendship must be willing to fight for each other and more importantly, for the relationship. What I mean is, if something were to happen and one person isn't willing to really work through it, to fight to keep the friendship alive and not let it fall apart, then it's not a true friendship. A true friend will do whatever it takes to keep the relationship going because they love their friend. Because that friend has a value to them, is important to them.

2. It's okay to only have one friend.

I guess I should clarify. Obviously, it does suck to only have one friend. But in this case, I mean one best friend. One person you know without a doubt you can trust, who will always be there and will always fight for you just as you fight for them. As long as you have that one friend, you'll be okay, even when it doesn't feel like it.

3. You don't need a large number of friends.

I wrote an article about this back in December. Looking back on it, I still strongly believe in every word I wrote. Quality should always come before quantity. I'd rather have a smaller amount of friends than surround myself with people who I'm not really close with, who I may not fully trust, and that may not be the people I ultimately want to stay in my life.

4. Not all relationships are meant to last.

All the cheesy adages about relationships ending really are true. That it's for the best, it wasn't meant to be, you'll be okay in the long run. If those people were meant to be in your life, they would still be there.

5. NEVER put up with a negative work situation.

Especially if the higher-ups don't take you seriously or care when you try to report something. I was stuck for a while in a very negative work situation with coworkers who were homophobic; made jokes about sexual assault, rape, mental health and suicide as if they were topics one can laugh at; and bullying behavior that the manager and owner blew off as "that kind of banter (yes, banter) is just how they talk, ignore it." One guy actually said if I ever came out as bisexual, he would never speak to me again.

I had numerous breakdowns because my anxiety and depression kept getting triggered. I often felt uncomfortable and unsafe, and the two worst offenders didn't notice or care when they did. I only stayed to make rent money. If in any way you find yourself feeling like you were in a negative work situation where you don't feel comfortable or OK, speak up and see if you can get out.

6. Talk with your parents.

Having a good relationship with a parent, grandparent, guardian, or someone older, in general, is always a good thing to have. They can provide a certain guidance or insight that you may not get from a friend closer to yourself in age. With everything I was dealing with, especially mentally, I began talking more with my parents and growing closer to them. Our relationship is now better than it's ever been.

There is nothing wrong with putting yourself first. It's one of the best things you can do to preserve your mental health, honestly. When you start putting yourself and your needs before first, you're establishing to the world and to yourself that you matter. Never sacrifice your time, energy, money, effort, or any part of yourself to make others happy if doing any of that makes you unhappy.

8. There is nothing wrong with getting mental help.

In the past year, I took two major steps in bettering my mental health: returning to therapy and starting medication for my depression and anxiety. I had a lingering fear of therapy after a less-than-great experience the previous two times I went (read more here), and I was scared that taking medication would affect who I was.

But I was so wrong. If anything, the medication allowed me to become more of myself instead of less. I was able to actually enjoy myself, now that my head wasn't as bogged down by negative anxious thoughts. Therapy has helped me overcome negative past experiences, triggers, and more. Whatever you do, please don't ever be afraid to get help. You will be better, healthier, stronger for it.

9. You don’t need to do everything alone.

This one is something I still struggle with. I became so accustomed to being very self-reliant, and learning to let go of that control was hard. IS hard. It's hard to remember that you can't always do things on your own, and sometimes you need to let someone else do something for you.

10. Sometimes you have to lose a lot to find yourself.

This was by far the hardest, most painful lesson to learn. In the last year, I lost numerous friends, my original major, my confidence in my talents, myself. I got smacked in the face when I realized I couldn't go along the original career path. One incredibly bad audition, on the tail of three failed attempts to get into community shows, severely shook my self-confidence in my talents, or what for a long time I believed was a lack thereof. Those two things ripped out the foundation of who I thought I was, and I hit rock bottom mentally for a while.

BUT. I switched to a new major, which I eventually realized would be much better for myself. I began medication, which brought me up from rock bottom. I nailed an audition and got into a show at a major community theater, which gave me back a part of myself and rebuilt my confidence in my abilities. I started writing for the Odyssey, finding more of my personal writing voice and discovering just how much I enjoyed writing. I found myself again.

Losing self-confidence, friends, your foundation, is not the end of the world. You survive, become stronger. Become a better version of yourself.