Let's believe in the Lord more than we believe that the sun will rise in the morning, the floor won't fall out from under us, and that coffee will get us through the day. 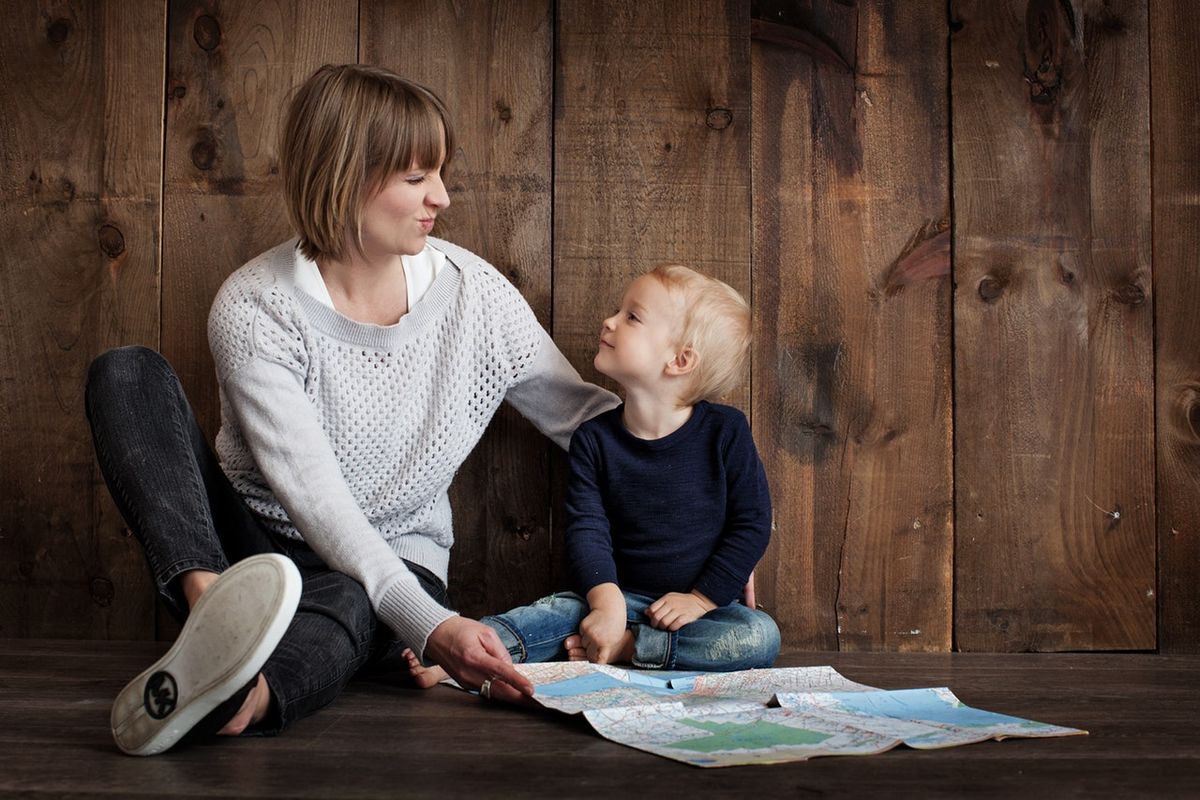 I'm sitting in a coffee shop right now, listening to a little boy at the table next to me explain to his mom what he would do if he were invisible. He didn't even hesitate to answer. Maybe this is because, to him, being invisible doesn't seem so far off. His imagination is so linked with his reality that they're hardly separate at all.

When did I lose the ability to imagine like that? When did I forget to dream as if my dreams are a reality, or at least as if they can be?

When did you lose the ability to imagine like that?

When I was in pre-k, I told my teacher I was going to be the president of the United States when I was a grown-up. In fourth grade, I decided I was going to win "American Idol." When did I start seeing those dreams as something to laugh about instead of strive for?

I think this is what Jesus was getting at when He talked about having a child-like faith.

In the Bible, Jesus tells His disciples "Truly, I say to you, whoever does not receive the kingdom of God like a child shall not enter it." I don't think He meant only little kids get to go to heaven.

I think Jesus was trying to tell you, me, and everyone else to believe in Him in the same way that little boy in the coffee shop wholeheartedly believed he could be invisible and the same way I believed I would win "American Idol."

Children have this unbelievable gift of completely trusting in those who care for them. They haven't learned yet that people mess up, that promises are broken, that people who love you let you down, and that falling hurts. They run towards life, love, and adventure in full force without even considering the possibility that it might not be worth it.

I want to follow Jesus that way. I want to run after Him with that childlike mindset, that I am invincible and falling isn't even a consideration. Because with Jesus, it's not. Friends let you down, even when they don't want to. Parents steer you wrong, even when they want what's best for you. People break your trust. Airbags don't always deploy. Phones die. Computers crash. Nothing is certain. And man, is that scary.

How the heck can I put all my trust into someone with childlike ignorance when I have learned that more often than not, I end up getting hurt?

Friends, this is because Jesus doesn't let us down. Ever. He is perfect. He doesn't mess up. He keeps His promises. He never lets you down. He catches you when you fall. He steers you down the right paths. He protects you. He never leaves. He is certain. He never changes. He is a constant.

Let's start running after Jesus without fearing the fall. Let's start trusting Him like a child trusts his parents. Let's believe in the Lord more than we believe the sun will rise in the morning, and the floor won't fall out from under us, and that coffee will get us through the day.

He is more constant than all those things. I promise.

And maybe somewhere along the way, we'll start dreaming again too.