Keeping Up With The Truman Show
Odyssey

Keeping Up With The Truman Show 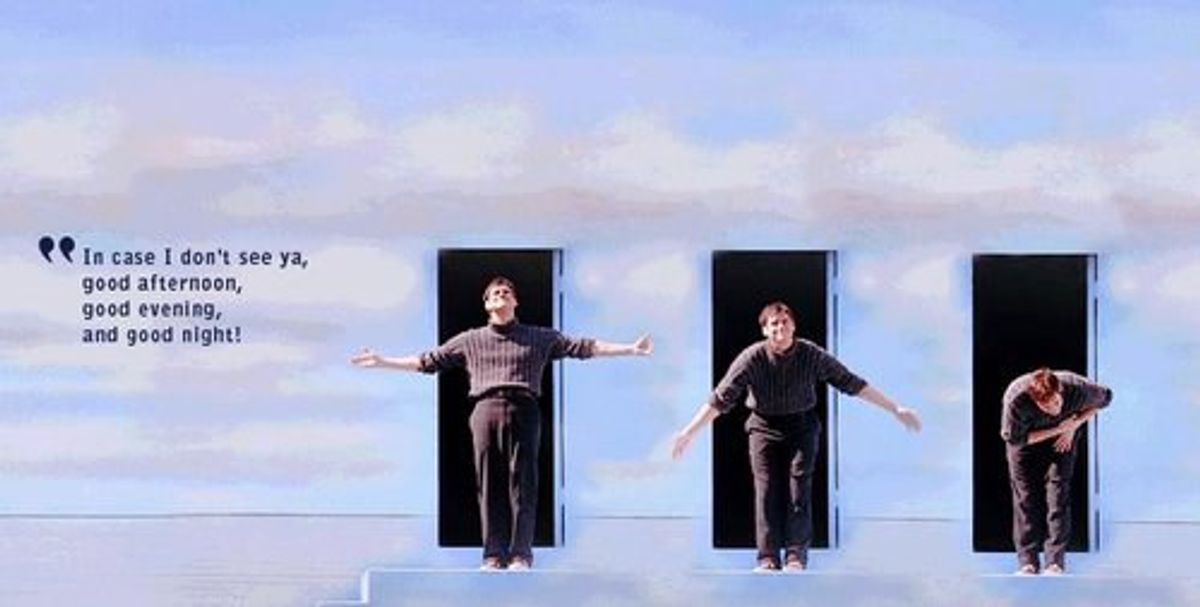 In 1998, Jim Carrey starred in "The Truman Show," a movie about a man who is raised in a fake world. His every move is filmed and broadcast live to a global audience, from his first steps to his wedding. Everyone he knows is an actor, and a crew of people control the environment and write the script for his life.

The world of Truman seems fantastical. Like most Carrey movies, we feel that this is not realistic in the slightest and that no part of this could ever come true. Truman is regarded as the "most recognizable face in the world," and the overseers of his life don't think he can go anywhere without everyone knowing him. The world's viewing audience has seen him at his most vulnerable and watched him grow. This seems crazy to us, but is it really? We tell ourselves "No! We would never raise a human on TV! People need privacy," but this may be the farthest thing from truth.


Is it so far off to think that the events in this movie could happen soon? We would never raise our children on TV! But haven't we already? Shows like "Toddlers and Tiaras" and "Dance Moms" capitalize on impressionable youth, showing off their talents for the cameras. On "Keeping up With The Kardashians," arguably the most famous and groundbreaking reality TV show, we've watched an entire family go from relative Hollywood zeros to A-List celebs, with quite a few bumps along the way. We've seen all of the Kardashian's marriages fall apart as they shared their most personal relationship doubts with a Sunday viewing audience. We've seen the Jenner sisters grow from trouble-making preteens to young businesswomen. We've seen multiple members of the family struggle with mental illness, and we've celebrated the family's triumphs. Currently, audiences tuning in every week get to see the newest batch of Kardashian kids — North West and Mason, Penelope and Reign Disick — as they grow up in the most lavish way imaginable. And yes, we even saw their births.

And it's not just reality TV that's Truman-esque. What about our social media platforms? People all around the globe capture, share and comment on every part of their day. Eating breakfast? Take a #breakfastgram and share that #breakfastinspo! Your kids are doing something totally crazy? Record it for all of YouTube to view again and again. People who share these random, yet intimate parts of their lives across the many social media platforms can often find themselves becoming celebs essentially overnight. By sharing lots of personal things with us, they are, in a way, giving us these little life events, and making them a part of the collective whole of human experience.

In a world where even our daily lives become photographable and shareable moments, all of us ever-eager for that "like" or "favorite," what is the value of our privacy? Now, I'm not saying that you have to go and delete all of your social media accounts and become a hermit that avoids the internet, but we need to become social media smart. You don't need to share every second of your day, and you don't need to share every little thing that your kids do. Not that your audience isn't interested, but eventually you're going to look back and wish that something, some serious struggle, some little triumph, had stayed personal, and had stayed yours.

So go out there and take your selfies - share them proudly, but share them thoughtfully. And in case I don't see you on the 'gram, Good Afternoon, Good Evening and Good Night!

Emmaline B
The Narrative
90889
https://unsplash.com/photos/O0T1SIgHAfM