Just A Sorority Girl On Tinder

Should she or should she not have, that is the question. 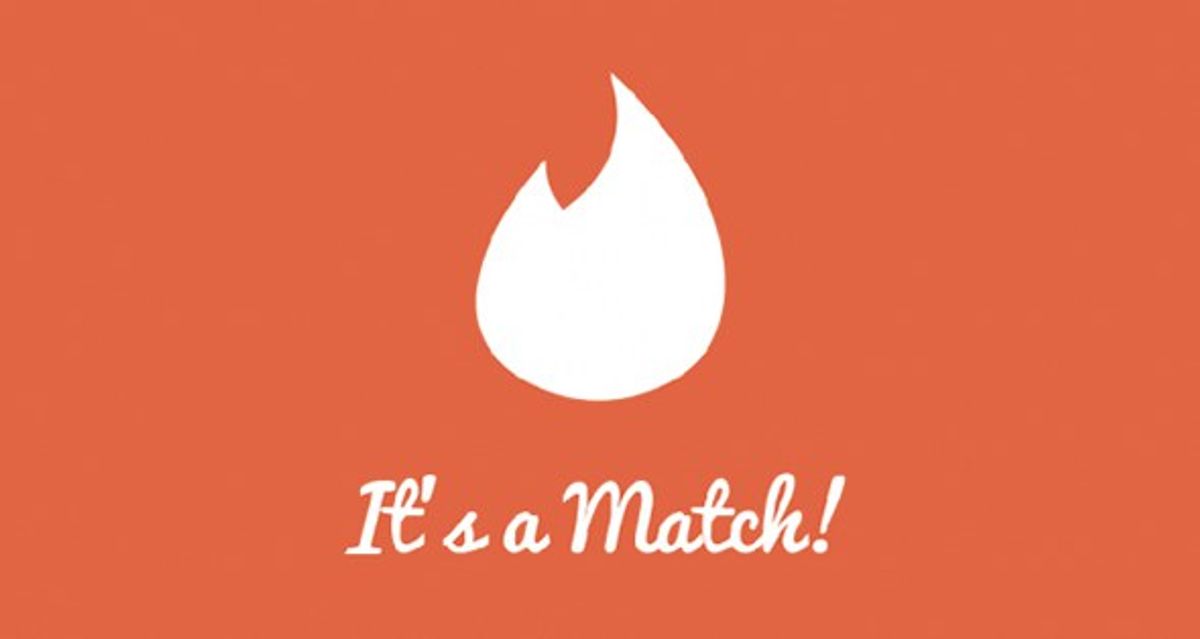 So the story goes... There is a former Chi Omega from a university in Nebraska. She chose to use a picture of her and one of her sorority sisters as one of her Tinder profile pictures. In this picture, they had on nationally approved shirts. They weren't wearing/doing anything vulgar. It was just a simple picture of them on bid day, smiling and having a good time. She got kicked out of Chi Omega, because the advisors for that chapter deemed the picture as unbecoming and risqué. Simply because it was posted on a "dating" app.

I've probably heard the term "you're always wearing your letters" more than 1,000 times. It is probably one of the truest sentences you'll hear throughout Greek life. With that being said, everyone, more than likely, already knew or would eventually find out which sorority she was a member of. The bittersweet truth is, if it was a girl not tied to letters, no one would make a big deal about it. If the girl had on inappropriate clothing or was making inappropriate gestures, I could understand the severity of the punishment. This poor girl was using an app that (most likely) every girl in her chapter was also using, and got in trouble because they could tell she was a Chi Omega.

Well, I'm here to tell you, as a member of Chi Omega, I am proud of my letters. I'm a firm believer in our values, traditions, and purposes. Chi Omega has shown me what pure happiness is with every wish grant that I've been able to be a part of. I've learned what it's like to be selfless from every community service project I've helped with. I've formed hundreds of relationships with people I may not have ever met if it wasn't for my letters. Greek letters are worth so much more than Comfort Color t-shirts and mixers (don't get me wrong, I love a good over-sized T and a themed party just as much as the next basic sorority girl).

Joining a sorority has given me so many opportunities, and to deny a girl those opportunities for something as innocent as uploading a picture of herself on an app, in her letters... that's just cruel! Social outlets are always trying to shed a negative light on Greek life and this incident is just a gateway, allowing those people to do just that. It's like Greek life takes three steps forward, and then something causes it to take twelve steps back. But, for all of you sorority girls out there keeping it real and making sure Greek life keeps the little bit of a good name it still has, you're awesome. (and don't let anyone tell you any different!)

This has done nothing but cause a scene and it shouldn't have. The advisors should have politely told her to take it down or she would have been put on probation. This girl had no idea that what she had done would make as big of a deal as it has. She was being a normal college student and using a social app. I am not blaming the advisors nor the girl for anything, because I was not there to witness it first hand. However, I hope, if the situation ever arises again, it is handled in a better way.

Here's the story from another angle. I'm on an athletic team and while very different from a sorority I do understand the importance of how the group, or in my case the team, is represented. What girls post on social media represents not only themselves but the entire team. So if one girl has a picture with booze in the background, suddenly the entire team is known for partying.

I understand where the Chi Omega leaders were coming from. Because they did ask her to take down the picture, which she did. But that's when a potentially good learning experience turned into one of conflict and drama. The girl in question, Shannon Workman, did take down the picture as she was asked but then also texted "the personnel chair and asked for clarification," according to New York Daily News. Workman was then called into a meeting with the executive council, which she secretly recorded, where she was told she was being punished for her attitude and the sorority was seeking membership termination. Then Workman had, rightfully, had enough and said she was quitting.

Let me tell you something about being on a team. Our image is important to us. When I say that I'm on the Equestrian Team I want to be able to say it with pride because people have heard of us; because people have heard good things about us. So anything someone does to slander how people see us, anything someone does to hurt my pride in my team, is a little bit offensive.

When I heard about this story I was curious to see how it was handled. And I can honestly say that I can see the Chi Omega leaders' side of the story clearly. People are going to argue that Tinder is simply a dating app. I'm calling bull. The way I see Tinder used most frequently is for hookups; it is not used to find your soulmate or even a boyfriend or girlfriend. Most people use Tinder to find someone nearby to hook up with. There's nothing wrong with using the app for that at all, but considering Chi O is a Christian based sorority I can completely understand why they wouldn't want their letters to be displayed on an app used for hookups. That one picture might not have done any harm, but it could have affected other girls. Other girls who want to say they are a part of the Chi Omega sorority with pride. From what I can tell from reading and hearing about Chi Omegas, they pride themselves on their Christian values and being present on apps used for hooking up doesn’t really fit these values. So if girls want to use this app, and I’m not saying that they shouldn’t, I think they should be free to do so… Without their letters.

Moral of the story: the situation was clearly handled badly. What could have been a small punishment turned into a massive ordeal that had horrible effects on both Shannon Workman and the Chi Omega sorority.

Teams and sororities should be places to learn and to grow with your teammates and sister, not a place to be forced out of.

Nicole Marie Nigro
Individual Creator
1348
c1.staticflickr.com
Where to start...... Let me start with the cliche that life throws us curveballs and what we do with it is what counts.