If he can't make you smile like John does for Emily, then he's not the one. 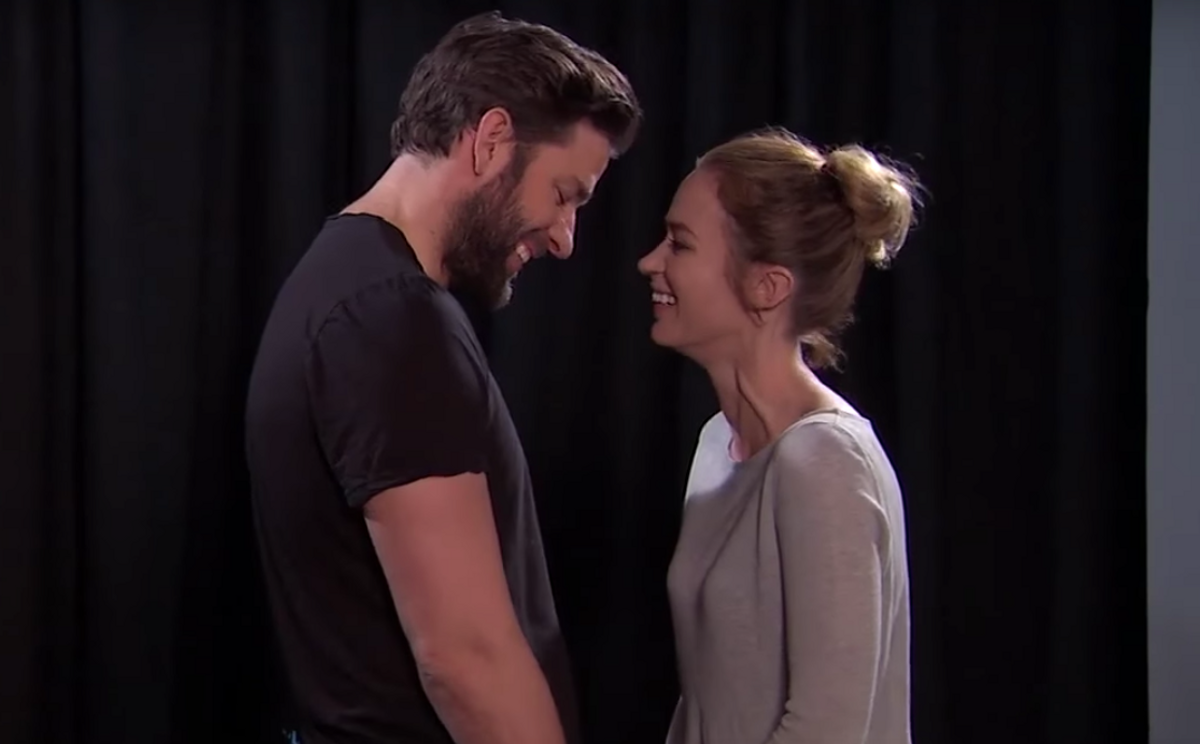 This year has brought a lot of celebrity splits. Among these celebrities include Logic and Jess Andrea, Jennifer Aniston and Justin Theroux, and most shockingly, Channing Tatum and Jenna Dewan Tatum. Every time E! News or Cosmopolitan posts a picture of a celebrity couple now, my heart stops. It is so upsetting that a lot of Hollywood relationships don't last very long.

Luckily, there still are some relationships out there in Hollywood that have made it through the turmoils of fame. Blake Lively and Ryan Reynolds, Chrissy Teigen and John Legend, and Sarah Michelle Gellar and Freddie Prinze Jr. are all still together and are all serious relationship goals. However, in my opinion, John Krasinski and Emily Blunt are the ultimate couple.

Of course, I may be a little biased considering A Quiet Place recently came out, but hear me out. Their love for each other is so pure and real. We all need a John Krasinski (or Emily Blunt!) in our lives.

First off, John Krasinski is extremely supportive of Emily Blunt. It is so obvious that she means the world to him because in every interview where she's mentioned, he instantly beams. He supports her and her career so much. He respects her as an actress and never talks poorly about her or her skills.

It is crucial that in every relationship both partners support each other. Without that constant support, there is more reassurance that is needed. Reassurance isn't a bad thing, but it is also something that shouldn't have to be asked for all the time! I appreciate the fact that John also makes an effort to talk about her career, how amazing she is at acting, and it's obvious that he truly believes what he's saying and it is not just saying it for the cameras.

He also tries everything in his power to make their relationship work. Although they both live in America, she is British, so there are times when she is not in the country. When she's working in the U.K., he flies out to see her, and I assume that she does the same.

The number one thing that makes a relationship work is effort and communication. They constantly talk about what it was like to have to deal with distance at first, but it has all settled very naturally now. It wouldn't have happened as easily if either one of them gave up on each other. Remember that effort is essential and communication is key in relationships!

Something that they do very well is keep their relationship on the low. I feel as though this also helps them immensely. In relationships in general, it is important to keep the most valuable parts of it just between the people in the relationship. To be honest, I didn't even know they were married until last year (I clearly can't keep up). All that matters is that they know they love each other, and that's what makes it work.

Of course, I'm sure they have their ups and downs like every other couple, but their relationship is one I strive to have in the future. Ladies, wait for your John Krasinski. We all deserve someone who cherishes us and isn't afraid to show it.