It's Time. It's Been Time For Justice.

It's Time. It's Been Time For Justice.

Actions to dismantle the systems that are responsible for the deaths of Ahmaud Arbery, Nina Pop, Breonna Taylor, and so many more innocent members of the black community, are long overdue. 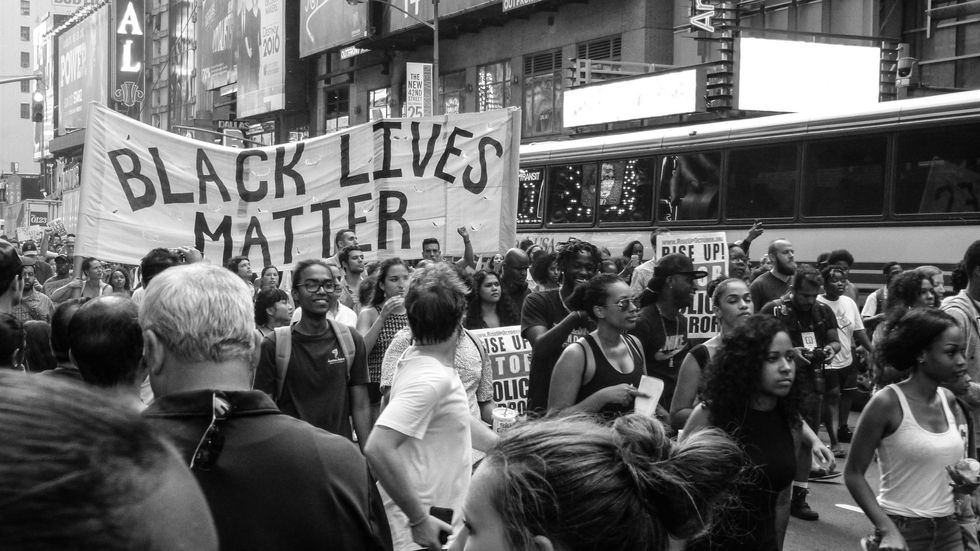 Photo by Nicole Baster on Unsplash

"It's Time. It's Been Time." Activist Kamilah Harris shared this phrase on Instagram, after hearing about Breonna Taylor's murder, on top of Ahmaud Arbery's, and all the other senseless killings of members of the black community.

Musician Chika recently shared her thoughts on Instagram about the sharing of the video of Arbery's death, calling for people to stop circulating something that causes so much pain and suffering to herself and others.

In the same vein, Brittany Packnett Cunningham, an incredibly accomplished activist and social justice warrior said, "Unless America can consume the visual and visceral details of our deaths as easily as a Netflix special, we don't matter."

While some may argue that sharing these terrifying videos helps spread the word about these cases and help bring justice for victims, these activists highlight how this action only compounds upon a culture which feeds on racism and violence.

Author and activist Ijeoma Oluo, who wrote the New York Times Bestseller, So You Want to Talk About Race, describes how "painful and exhausting" it is to have to continually talk about racial oppression.

"Often, being a person of color in a white-dominated society is like being in an abusive relationship with the world. Every day is a new little hurt, a new little dehumanization. We walk around flinching, still in pain from the last hurt and dreading the next."

Brittany Packnett Cunningham, who is an "NBC News and MSNBC Contributor and former Director's Leader and Fellow at Harvard's Institute of Politcs," co-founder of Campaign Zero, "a policy platform to end police violence," and was "an appointed member of the Ferguson Commission and President Obama's Task Force on 21st Century Policing," notes, referring to Breonna Taylor, that "so few of us #SayHerName because there is no video."

Packnett Cunningham raises the question: what if there is no video? What about all of the stories that we haven't heard and haven't surfaced, but instead have been buried by police departments, who know that their corrupt system will support?

"Over four hundred years of systematic oppression have set large groups of racial minorities at a distinct power disadvantage. If I call a white person a cracker, the worst I can do is ruin their day. If a white person thinks I'm a nigger, the worst they can do is get me fired, arrested, or even killed in a system that thinks the same-and has the resources to act on it."-Iieoma Oluo, So You Want to Talk About Race

The Louisville Metro Police Department shared a Happy Mother's Day post on May 10th, receiving hundreds of comments on the post from people expressing their disgust with and disbelief of their department's murder of innocent EMT and loving daughter Breonna Taylor.

One person commented about their anger for the situation and wishing for justice for Breonna, and wished that the police had been wearing body cameras.

What Packnett Cunningham, Chika, and so many other activists are saying is that we don't and shouldn't need video evidence to know that entering the wrong home with a warrant, after already having the correct suspect in custody, and proceeding to shoot an innocent woman eight times is a hate crime. Breonna's boyfriend shouldn't be charged for trying to defend himself and his girlfriend, who were ambushed for something they didn't do.

We shouldn't need video evidence to know that targeting and murdering a man for crimes that he didn't commit while out on his daily run, before he even has a chance to speak, and acting like you're a neighborhood hero for doing so, is a hate crime and an evil to end all evils.

We shouldn't need video evidence to know that stabbing a transgender woman in her home is a hate crime.

As a white woman who benefits from the corrupt and vicious systems that surround us, it is my duty and others who also benefit from the systems that govern our country, to help dismantle them.

Resources and How You Can Make A Change:

For information on how you can help bring justice to Breonna Taylor and her family, visit https://parrot-keyboard-t9fd.squarespace.com/.

Here are a few things you can do to help Breonna Taylor and her family:

~Use the hastags #BreonnaTaylor and #JusticeForBre when sharing her story and images of her smiling face.

~Make Calls and Send emails for Breonna to the investigative agencies, institutions and individuals in charge and make the demands known! Visit https://docs.google.com/document/d/1JuM1RR6tq6y8QkP-dMLaDGx3td_tOfq-0uJssDzN4i0/edit for needed contact info.

Speak and/or write clearly that you make the following demands on behalf of Breonna Taylor & her family:

1. Demand the Mayor and City Council address the use of force by LMPD.

2. Fire and revoke the pensions of the officers that murdered Breonna.

By request of the family and local organizers, non-local folks should not be producing demands that have not context or background on where we are historically in this city or state or with the families of those MURDERED by Louisville Metro Police Department.

"Systematic racism is a machine that runs whether we pull the levers or not, and by just letting it be, we are responsible for what it produces. We have to actually dismantle the machine if we want to make change."-Iieoma Oluo, So You Want to Talk About Race

Visit this link to learn more about Iieoma Oluo's book So You Want To Talk About Race: http://www.ijeomaoluo.com/

5 Symptoms I Notice When I'm Struggling With My Mental Health

As Someone Who Struggles With Anxiety, I Cannot Stand It When People Say 'Calm Down'