Is Your Vino Vegan?

Happy hour might not be as happy as you think. 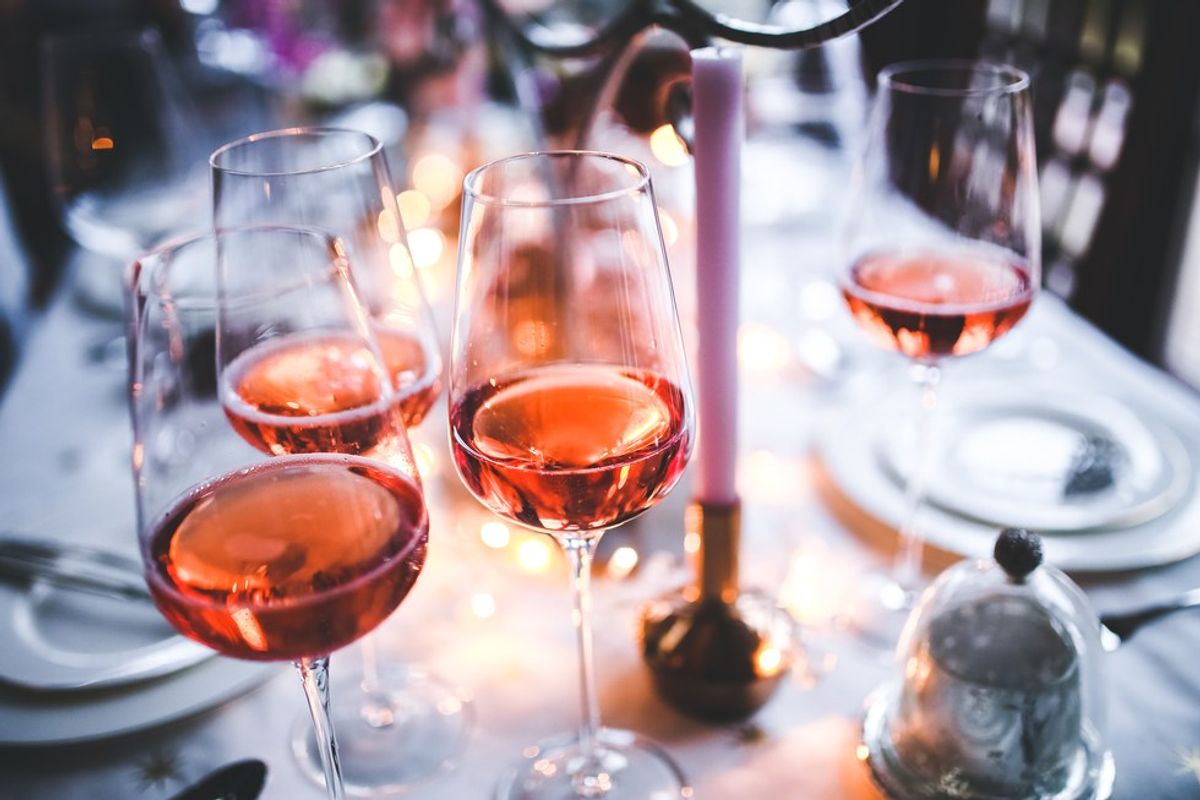 So you're a new vegan. You've given up meat, dairy, eggs, and probably honey, too. You're also starting to ditch products that, even if only during the production stage, involved harming animals in one way or another. This includes makeup and bath products that were tested on animals; materials like leather, suede, and wool; and maybe even your non-vegan friends (just kidding). Cheers! This is a big step in a wonderful direction. Let's pour a little wine and celebrate. But first, is your vino vegan?

Great, here we go. Another thing we think is vegan that turns out not to be. But wine comes from grapes! What's not vegan about grapes? Don't panic--it's not the grapes. The problem lies in the fining agents used in alcohol production. Both wine and beer are often filtered with animal-based ingredients. These fining agents are used to clear undesirable debris before your booze is bottled for consumption. Listed below are a few to be aware of. Keep in mind that most of these ingredients do not make it into the final product (and if they do, the amounts are minute), but that does not make them vegan-friendly. Veganism is not defined solely by what makes it into our stomachs.

Isinglass. This ingredient is made from the swim bladders of fish and is a form of collagen. It is often used to filter wine. Isinglass is also used to filter certain beers; it aids in gathering up yeast and allowing it to sink to the bottom of the cask, therefore clearing the beer of unwanted particles.

Gelatin. Also used to filter wine, this more commonly known ingredient comes from the skin and connective tissues of pigs and cows. Yum.

Albumin. This animal byproduct is sourced from egg whites and is another common ingredient used to filter wine.

Casein. You've probably heard this word before. Casein is a form of protein derived from milk. It, too, is sometimes used to filter wine. Who woulda thunk?

E120/cochineal/carmine. These are all pseudonyms for the same ingredient. In layman's words: crushed beetles. Yep, you read that correctly. Crushed. Beetles. This ingredient is sometimes used in red wines as a color enhancer. (It's also found in other reddish foods and cosmetics! Check your candy and lipstick.)

Glycerin/glycerol. This sweet, viscous liquid can be obtained from both plant and animal sources. The common animal source for glycerin is tallow. It's sometimes added to beer or wine as a preservative or to improve mouthfeel.

If you're about to call off your poker and beer night or this week's wine and book club meeting, put down the phone because I have some good news! There are a lot of vegan-friendly (and thus, animal-friendly) wines and beers to cheers with. Barnivore is a fabulous source for finding vegan alcohol. There's even a company named The Vegan Vine, of which vegan activist and former NBA star John Salley is a partner. Let us pave the path for future vegan options by supporting these incredible, cruelty-free choices that already exist.

Because cruelty has no place in happy hour.